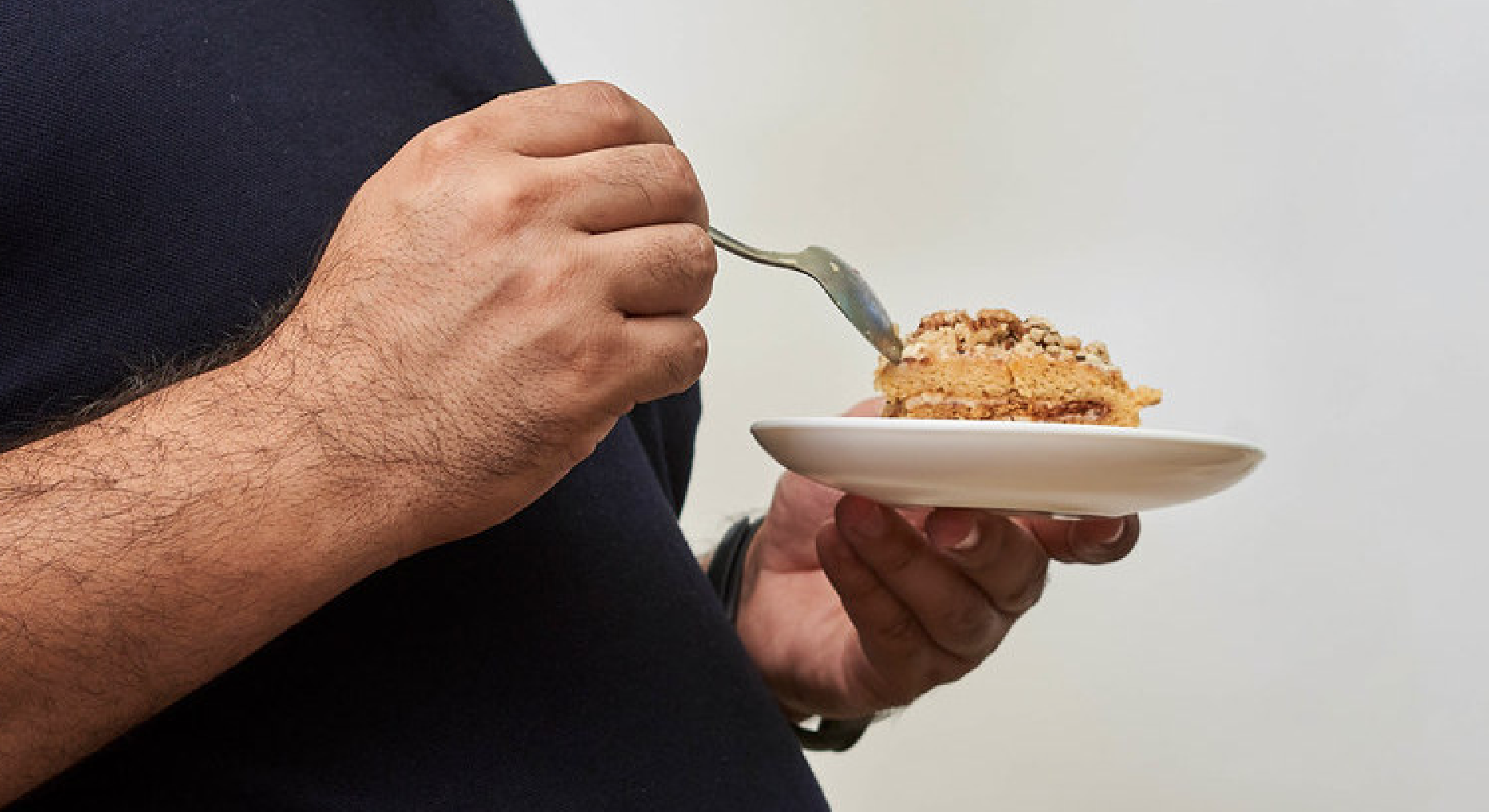 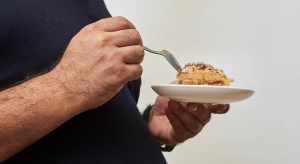 WHAT WOULD YOU tell a person who says, “It’s a waste of money filling up your car with gas. You keep filling up the tank, and then it all disappears and you have to come back and do it all over again. It’s as if the gasoline just evaporates into thin air! Can’t they make a tank that keeps its fuel?”

After sizing the person up to see if it is safe to get in a conversation with someone who asks such a question, you would probably tell them, “It’s not a waste at all. Because of the spent fuel I was able to drive to all the places I had to go. The gas didn’t evaporate into thin air. My car engine changed chemical energy into mechanical energy that made my car drive.”

You might even try to explain the Law of the Conservation of Energy. It says that energy can neither be created nor destroyed, though, it may be transformed from one form to another. “So you see,” you tell the person as they scratch their head in bewilderment, “the energy is still here in the world, and I made good use of it while I had it.”

It works the same way in the spiritual world. A person might argue, “What is the point of spending all that money on a sacrifice? All you do is bring it up to the Temple and burn it all on the altar. Wouldn’t it be a lot cheaper and easier just to bring some steaks home from the butcher shop and throw them on the barbecue?”

As mentioned in the past, physical food is just the vehicle for spiritual sparks that we need to live or just exist. They are the spiritual matter of Creation and the energy that keeps it going. Once spent, they must return to their Heavenly source. Moshiach comes when all the sparks that need to be elevated have ascended.

If a person eats for the wrong reasons, the sparks lack the ability to go up and get recirculated. If a person eats something forbidden, the sparks become sullied and must be cleaned off before they can ascend. This means either teshuvah by the sinner or punishment for the sin.

It works the same for sacrifices. When the altar consumes the animal, sparks are released upwards in the holiest way possible. They are in the wood that is burned, the salt that is used, and of course in the animal that is sacrificed. Everyone involved is releasing sparks as well. We may only see a burning animal, but if we could, we’d see light flowing upwards and world rectification resulting.

Wasted? On the contrary, Creation is rarely ever used more meaningfully and efficiently.

Consequently, people eat because they are hungry, or just because they enjoy it. That goes for all the rest of the necessities and pleasures people pursue on a daily basis. “I think, therefore I am,” has become, “We exist, therefore we consume.” Not very philosophical.

Why the change? There are a number of reasons. Once upon a time, man did not know much about the way the world worked. He lacked the experience and a scientific method to figure it out. He was vulnerable and only had his imagination to make any sense of life as he lived it back then. Life was more mystical and awesome, so it tended to make people more philosophical.

Eventually we compiled experience and developed ways to look at the world in a more technical manner. It turned out that gods did not throw lightning bolts or clap their hands to make thunder. It turned out that Creation could do all of that on its own and quite naturally, making life less mysterious, and mankind less religious.

The truth is that mankind has been a victim of its own mistaken assumptions. The original ideas about the way the world worked were naive, so when we understood better, we made the wrong assumption that God wasn’t involved in Creation and history. Many didn’t realize that God created the laws of Physics to run His world and hide His hand. As advanced as we become, He’s been there since Creation. Whatever we discover, He made it for us to discover.

One of the fascinating things about children is how they can play and be oblivious to what is going on around them. Parents can fight and their child just keeps on playing. A plane can fly low overhead, and they keep on playing. Sometimes you have to call their name several times and loud to break their attention and they will look at you.

Adults can do the exact same with life in general. God calls to us all the time, but we’re so focused, or distracted, by what grabs our immediate attention. Miracles happen all around us, but we remain oblivious to them. We thank God in “Modim” of the Shemonah Esrai a few times “for the miracles that happen each day.” How many people pause and think about the truth of these words?

This was the fundamental difference between Noach and the rest of his generation. When the Torah says that Noach walked with God, this is what it means. He was humble and appreciative, and it opened his eyes and mind to the reality of God. He saw God everywhere he went and in everything he experienced. He was one of those tzaddikim who accessed the original, hidden light of Creation.

When evil people look at the world, they only see their own reflection. When righteous people look at the same world, they see from one end of the world to the other end, not just laterally, but vertically as well. Their feet may never leave the ground, but their spirit soars far beyond the limited physical world that has so many people’s undivided attention. It was true in the generation of the Flood, and it has been true ever since, especially today.

The number eleven has two connotations. Firstly, it corresponds to the concept of Da’as, which in this case refers to godly knowledge. It is also the gematria of the final two letters of God’s name, Vav-Heh (6+5), which correspond to the sefiros—Chesed through Malchus—that run the world of man.

The fifteen corresponds to Yud-Heh, the first two letters of the same name, and the sefiros of Keser, Chochmah, and Binah. These are levels of existence we won’t get to know until the World-to-Come, beginning at 6000. So effectively, the 15 alludes to Heaven.

The message? The Flood pushed apart Heaven and Earth because that is what man did through his perspective on life. As Rashi explains, the Hebrew word for “flood” is mabul, which means confound. People accepted and lived with a confounding and conflicting perspective on life, so they were punished with one.

It’s not the way of a Tzelem Elokim, someone made in the image of God. As the Sforno points out, Elokim is a name that alludes to man’s ability to discern truth, to un-confound life. When people choose to ignore the questions that implicate the need for God, they act like the child who is oblivious to the real world around them, and to the animals who respond to reality only as their instinct tells them to. Such people were not who God had in mind when He put this world together.

I stumbled across a fascinating article when looking up something about Einstein. It included a multiple-choice test to help determine if a person is a genius or not. Curiosity aroused, I took the test which had ten questions. I think I scored three out of ten, confirming that I’m not genius material. Oh well.

But one of the questions asked was if a high IQ was important for determining who is a genius. Not surprisingly, the answer was no (one of three I got right). In fact, I know some people with high IQs and though they are smart in some areas, they are intellectually disappointing in others. You can’t know what you don’t learn.

THERE IS ANOTHER factor in all of this. EQ, which stands for Emotional Quotient. IQ checks out the efficiency of your brain, and EQ checks out how balanced a person is emotionally, and it is amazing how much of an impact the latter can have on the former.

Intellect is not enough to experience life. It doesn’t matter how sophisticated the brain, or the computer it uses to help solve problems and arrive at solutions. There is something about actually experiencing something that provides extra knowledge to complete the picture the mind could not. There is a reason why the Ramchal refers to it as a knowing heart.

Thus, no matter how sophisticated the arguments become to convince people Torah is from God, Shabbos remains to be the most successful outreach tool. It is the theory in practice, the IQ with the EQ, so-to-speak. Some forms of knowledge remain outside the mind’s grasp until they are lived by the person, a very kabbalistic idea. We’re not just meant to know a lot. We are meant to become one with what we know.

Noach suffered from the same problem. When God told him that He was going to destroy the world by Flood, he didn’t argue like Avraham did to save Sdom. He seems to have just taken it in stride, the way the Torah presents it. He wouldn’t even enter the ark until the Flood waters forced him to.

So God had Noach build an ark for 120 years. A MASSIVE ark for 120 years! This allowed Noach to experience what a world-wide Flood would be like before actually seeing it. Hopefully it would be enough to get Noach thinking about saving the world from the Flood and maybe even averting it. It doesn’t seem to have worked fully.

What does this have to do with the beginning of this discussion? This. People spend incredible amounts of time and money to experience things in life. It’s not good enough hearing about the experience from someone else, or watching a movie about it. Reading about it only makes them want to experience it more, not less. They know that until they do, their understanding of the thing will remain outside of them.

Yet people will wrap up their understanding about God, Torah, and the way the world works with a few words or ideas they heard or read somewhere. They are prepared to make half-cooked assumptions about some of the most important issues in life, never wondering about what they have denied themselves by doing so.

How many times have I heard someone who has become a ba’al teshuvah say, “Until I actually experienced this mitzvah, I just assumed it was this…or that…Was I ever wrong! Better late than never.”

Sometimes. But sometimes late is not good enough, like when the Flood waters came as prophesied, and people realized that Noach had been right all along. The hard-to-imagine became reality, and human logic fell before divine logic. They realized it, but too late, and died knowing this.