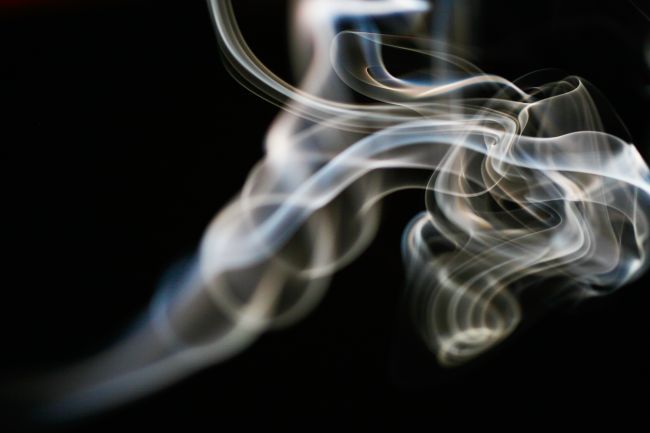 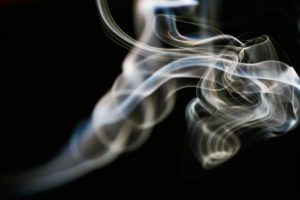 At the conclusion of the account of Creation in this week’s Parashah, the Torah says (Bereishit 1:31), “And Elokim saw all that He had made, and behold, it was very good.” The expression “Very good” refers (even) to death, say our Sages. If so, asks R’ Moshe ben Nachman z”l (Ramban; 1194-1270; Spain and Eretz Yisrael), how could King Shlomo write (Kohelet 1:2), “Havel Havalim / Futility of futilities! — said Kohelet — Futility of futilities! All is futile”? This seems to contradict the Torah’s declaration that everything Hashem made is good!

Ramban explains: Everything in the world consists of Chomer / matter and Tzurah / form. Chomer refers to the basic building blocks from which everything is made. Tzurah refers the different forms that Chomer can take–either separately, or in combination with other forms of Chomer.

The amount of Chomer in the world is unchanging, Ramban writes. Even if all of mankind would join together and devote its combined energy to the task, it could not destroy the basic Chomer from which the universe is built. Tzurah, on the other hand, changes constantly, both through man’s actions and through the processes built into nature.

It is regarding Tzurah that King Shlomo declared, “Havel Havalim,” writes Ramban. The word “Hevel” means “nothing.” It also is the Hebrew word for “vapor,” like a person’s breath on a cold morning, he explains. King Shlomo agrees, of course, that everything Hashem created is good. Nevertheless, he advises us, do not get caught up in pursuing the fleeting Tzurot (plural of Tzurah) that Hashem’s creations take, for they are no more permanent than the “cloud” of breath that one sees on a cold morning–and then it is gone. (Derashah Al Kohelet)

“These are the products of the heaven and the earth b’hi’bar’am / when they were created, on the day that Hashem Elokim made earth and heaven.” (2:4)

Rashi z”l writes: The word “b’hi’bar’am” may be divided as “B’hei be’ra’am” / He created them with the letter “Hei,” as it is written (Yeshayah 26:4), “For in Kah [i.e., Yud-Hei], Hashem, is the tzur / rock of worlds.” This may be explained to mean: “For by means of (“Be-”) these two letters “Hei, Yud” of the Divine Name, Hashem tzar / formed the two worlds.” This world was created by means of the “Hei,” hinting that all created beings must descend to the nether world (death, Gehinom). In this way, this world is like the letter “Hei,” closed on all sides but open at the bottom, thus creating a path by which beings must descend. [Until here from Rashi]

R’ Chaim Palagi z”l (Izmir, Turkey; 1788-1868) adds: We recite in the Pesach Haggadah, “Ha lachma anya” / “This is the bread of the poor.” The first word can also be read, “Hei,” alluding to man’s ultimate destiny (as explained by Rashi). However, our Sages teach that Tzedakah / charity redeems a person from death. Thus, says the Haggadah: Because of the Hei, lachma anya / make sure you provide bread for the poor. (Zechirah L’Chaim Al Haggadah Shel Pesach p.90)

R’ Shmuel Yaffe Ashkenazi z”l (1525-1595; rabbi of the Ashkenazic community in Constantinople, Turkey; author of commentaries on many Midrashim) asks: Why does the Torah use two different words for sending Adam away? He answers: Perhaps the Torah is emphasizing that he was sent away permanently, as Midrash Rabbah comments: “He was sent away like the wife of a Kohen, who can never be remarried to her husband the Kohen.” (A Kohen may not marry a divorcee, even his own former wife.)

He offers three answers: First, according to Rabbi Akiva (Sanhedrin 110b), the Ten Tribes of the northern kingdom will never return from their exile. Only the kingdom of Yehuda will experience the ultimate redemption. Thus, the Midrash could be referring to the Ten Tribes.

Second, the Midrash is referring to the fact that the exile has been so long that it feels permanent.

Third, in the context of the Jewish People, the two expressions refer to (1) our exile from the land, and (2) the fact that Hashem conceals Himself from us during our exile. (Yefei Anaf: Petichata D’Eichah Rabati 5)

Siddur Avodat Yisrael cites a custom to recite Psalm 139 on the Shabbat on which Parashat Bereishit is read. Accordingly, we present here verses from, and commentaries on, that Psalm relevant to the Parashah.

Midrash Rabbah interprets these words: “At the back (end) of Creation and at the front (beginning) of Creation.”

R’ Elimelech of Lizhensk z”l (1717-1787; early Chassidic Rebbe) explains: Man was created first in the “World of Thought”–i.e., in the purely spiritual realms–and he remains connected to that world. Only afterward was man “lowered by a chain” to the physical world. Thus, man was formed “at the end of Creation”–in the physical world–“and at the beginning of Creation”–in the spiritual world which preceded the physical world. The reason Hashem did this is to enable man to climb from one level to the next until he returns to his “roots” and gains some degree of understanding of the Creator. (Noam Elimelech: Parashat Korach)

“I acknowledge You, for I am awesomely, wondrously fashioned; wondrous are Your works, and my soul knows it well.” (Tehilim 139:14)

Radak adds: The wonders in the formation of the human body are known to scholars. Every single part of the body was created with great wisdom, and each was fashioned with specific characteristics for a particular need or purpose. A person should study them, and he will thereby recognize the wonders of the Creator and will acknowledge Him. If we would try to detail here the characteristics of each human organ and the purpose of each, Radak writes, this commentary on Tehilim would be very long. Nevertheless, one who yearns to can find this information in the books of the scholars. (Peirush Ha’Radak Ha’shaleim)

R’ Yosef Chaim of Baghdad z”l (1835-1909) interprets this verse as follows: People usually are not moved by those things to which they are accustomed, no matter how wondrous they are. I, however, acknowledge and thank You for giving me the understanding to appreciate and be moved by Your wonders. But, only “my soul knows well” Your wonders; most people do not take notice. (Chaim Ve’ha’shalom)

R’ Moshe ben Maimon z”l (Rambam; 1135-1204; Spain and Egypt) writes: There is an affirmative commandment to make a house for Hashem, a place fit for offering sacrifices and celebrating three times a year, as it is written (Shmot 25:8), “They shall make a Sanctuary for Me.” The Torah describes the Mishkan / Tabernacle that Moshe Rabbeinu made, which was only temporary. (Hilchot Bet Ha’bechirah 1:1)

R’ Chaim Kanievsky shlita (Bnei Brak, Israel) writes: Rambam did not write that the Mitzvah is to “build” a house for Hashem, but rather to “make.” Apparently he holds that it is not a Mitzvah to build a structure to serve as the Bet Hamikdash, and it would be sufficient to adapt an existing structure to serve as the Temple were that not impossible for a separate reason. Specifically, the Temple and all of its implements must have been made for the specific purpose for which they will be used; thus, an existing structure cannot be converted to be used as the Bet Hamikdash. Nevertheless, the Mitzvah is not building a Bet Hamikdash; rather, it is to have a place prepared to serve as a Bet Hamikdash. This distinction has several consequences, one of which is that there is no Berachah: “Who commanded us to build the Bet Hamikdash.”