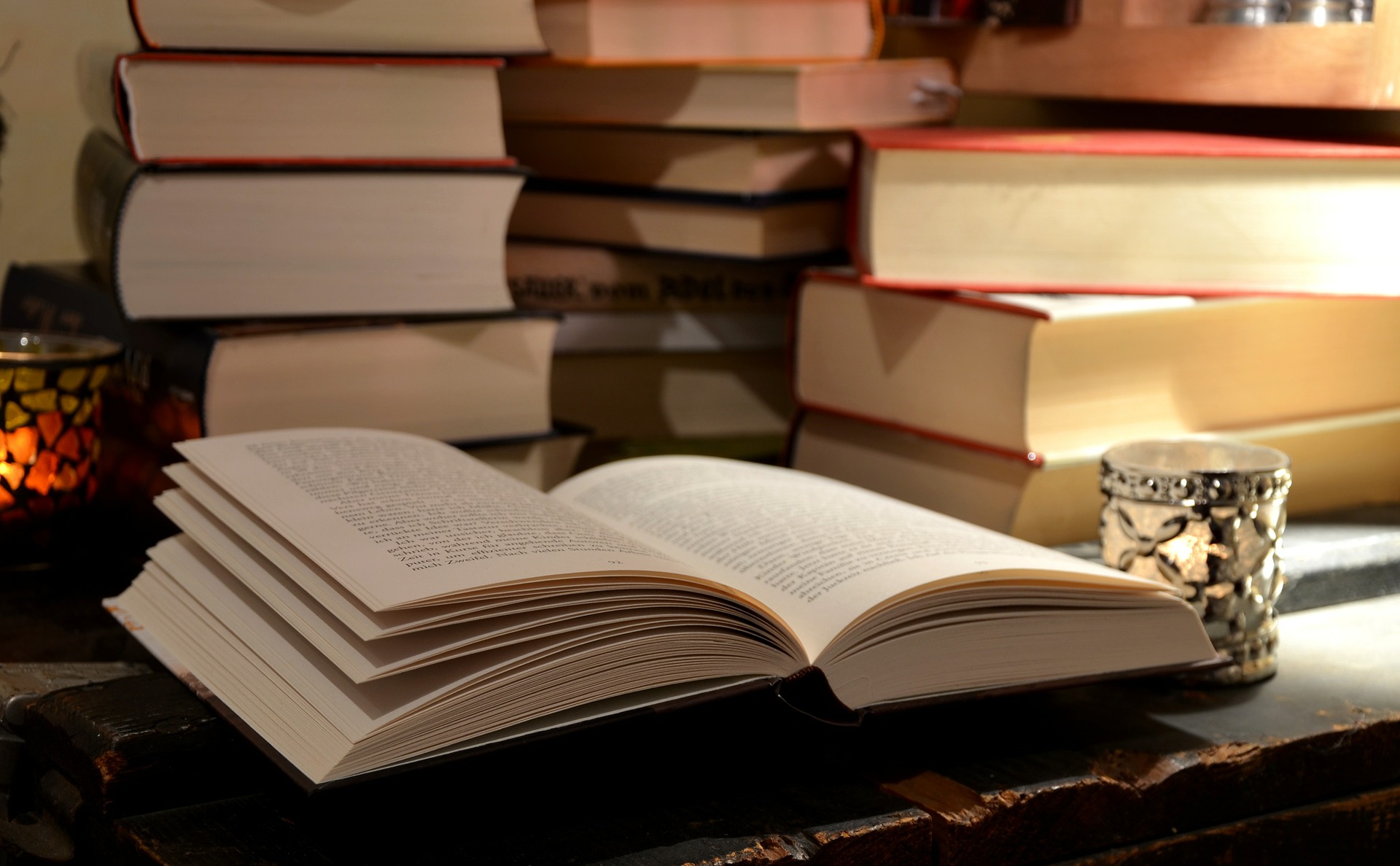 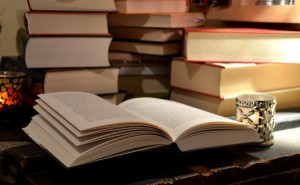 THE WHOLE THING is rather bizarre. We don’t think so because we’re used to the idea that we were once enslaved in Egypt, and then miraculously rescued from there. Torah culture surrounds it. From an early age we’re taught it, and we mention it twice a day in the Shema, not to mention Kiddush every Shabbos and Yom Tov. It’s even part of the first of the Ten Commandments, the fact that we were slaves in Egypt and God freed us.

Today Egypt is just a big Arab nation to the south of Israel with seemingly no recollection of any exodus of Jews in the time of their ancestors. Although I once read an article about some archeological find that, according to Egyptian folklore, had to do with Yosef. Apparently Yosef had to prove himself to the Egyptian brass once again, and did so by creating some kind of reservoir in the desert.

I have a friend who is a mashgiach kashrus for a large American kashrus organization, and it was his job to check on some products in Egypt. He told me that on one occasion, an Egyptian showed him some large pit, also an archeological find, where Yosef was supposedly put in jail before his rise to power.

Until recently, there was no trace of the exodus from Egypt, not in terms of physical evidence. As a result of new technology, such traces have begun to surface, but it is too little too late. Even if the evidence becomes strong for Egyptian enslavement of the Jewish people and their mass exodus from there, it won’t impress people enough to make them consider the implications.

And not just the exodus from Egypt, but also the giving of Torah at Mt. Sinai. Not only were there three million Jews at Mt. Sinai, but there were also 30 Erev Rav for every Jew, according to the Arizal (Sha’ar HaPesukim, Shemos). That’s a lot of people to clean up after. Certainly there should be some area in the Sinai that shows signs of a massive encampment that lasted a year!

But alas, look as we have, we have found nothing. We still have yet to even identify Mt. Sinai with any certainty. When it comes to the other major religions of the world, though significantly younger, they have guided tours of their original holy spots. Pretty much everything is intact.

But when it comes to the Jewish people, even the signs that we still have to tie us to our past are being destroyed. The UN passed a resolution claiming that the Jewish people have no historic connection to the Temple Mount, while the Arabs blatantly destroy all the evidence that we do.

But as the Talmud says, no one stubs a finger unless it was decreed in Heaven (Chullin 7b). The world may be doing this to the Jewish people, but it is God Who tells the world what to do.

IN THIS WEEK’S parsha, Ya’akov Avinu tried to reveal the End-of-Days to his sons. But as we have discussed so many times before, the prophecy left him. He thought it had to do with some kind of unworthiness of his sons. The Talmud says he questioned them, and they defended themselves (Pesachim 56a). And though the Talmud seems to say that Ya’akov accepted their answer, the Zohar seems to say that he didn’t. But what could he do? The prophecy had already come and gone.

Too bad though. What it would have changed to have a mesorah on the End-of-Days! Right now, I am of the belief that history as we know it will come to an end between four to six years, based upon the Leshem, based upon the Zohar. I have believed this now for over 30 years, and quite frankly, knowing it has allowed me to put all the events of the last three decades in an End-of-Days’ perspective. Things make sense to me in ways that they do not to others because of what I have learned.

Nevertheless, there is still a fair bit of uncertainty. Call it a lack of faith, call it a lack of knowledge…whatever it is, it leaves me wondering how much more has to happen before Moshiach finally comes. Will there be a War of Gog and Magog? Won’t there be? I have my suspicions, but I lack clarity. Though I may be further ahead than the person who knows nothing about it, I am just as impatient as the next guy for good to overcome evil, and belief in God to eliminate atheism.

One thing is for certain, if we knew what to expect at the End-of-Days, we probably would be living in geulah now. We would have recognized the signs, and taken advantage of them. Because Moshiach can come early and in every generation (Sanhedrin 98a). He hasn’t because we did not recognize the events of the day as potential End-of-Days’ events. Even the Holocaust.

If I know someone is picking me up at a certain time on a certain day, then I make sure I’m ready on time. If I’m uncertain, then I will prepare only so much in advance to avoid having to put everything back if they do not come. The only problem is, if they do come and I am not ready, then they will either leave without me, or I will forget to bring everything in my last minute rush.

So far, every time Moshiach has come we have either been partially ready or not ready at all. Consequently, he has left us to live out more history in exile. If only Ya’akov Avinu could have given over that prophecy…

LAST WEEK WE ended off in the middle of a discussion about da’as, and its role in bringing about shalom. We spoke about the different levels of da’as, and how they affect our outlook in life and the direction of history.

It is scary to see how many people think they know enough to get by in life. This is even after stumbling onto unexpected information that forced them to alter their perspective in life. There is always so much more we can know to get the most out of life.

Even scarier is how many people don’t say, “Oh wow, now that I see how my ignorance blinded to me that danger, I am going to find out what else I don’t know that is blinding me to other dangers!” Instead they say, “Well, I’m sure glad I found that out. Now I can go back to sleep again, and more soundly.” In the meantime, the world collapses around them.

Dayah, what the world calls knowledge, is everywhere. Now, more than ever, it the most available commodity in the universe. So why then it is there so much, well, lack of smartness? It’s like sunshine. There is an abundance of it, but you have to find ways to harness it and transform it into useable energy. Likewise, dayah is just the beginning. We have to turn it into da’as.

That takes will. You don’t need much will to learn something, but you need a lot of will to go through the stages to turn that knowledge into da’as. You have to be so into truth that you don’t want to stop until you reach it. It’s great to solve complicated equations. But it is much, much greater to extract the wisdom implied by them. That is true da’as.

What atheists and agnostics do not realize is that they cut off their noses to spite their faces. They don’t want God, but they do want understanding. Some even claim to be truth seekers. But God is the truth, so it’s a package deal. And the moment a person realizes this, they are on the path to da’as, personal rectification, and even world rectification as well.

HE WAS UNQUESTIONABLY the greatest Kabbalist of the last 500 years at least. Born Yitzchak Luria in Jerusalem in 1534, he became known as the Arizal, an acronym for The Godly Rebi Yitzchak.

His premier student was Rabbi Chaim Vital, born in Calabria, Italy in 1543. It was his manuscripts from the teachings of his master that eventually became published as the Kisvei Arizal—Writings of the Arizal. It is to this collection of holy works that Sha’ar HaGilgulim—Gate of Reincarnations— belongs.

One would think that such a sefer is only about reincarnation. It is not. Actually, it begins with a discussion about how to avoid reincarnation. The first part of the sefer is about personal tikun—rectification. A person who follows such a path in life would never need to reincarnate, at least for themself.

Then the sefer talks about what happens if a person does have to reincarnate, and how it impacts their ongoing rectification. It provides examples from lives of the past to make its points, often resulting in fascinating but otherwise unknown insights into history. In short, Sha’ar HaGilgulim is full of indispensable knowledge about life that a growth-oriented person must know.

The problem is that Sha’ar HaGilgulim belongs to the highest and most mystical level of Torah learning, Sod, or Kabbalah. The basic assumption is that, for most people, it is a level of learning that is off-limits.

True or not, it is the reality. Even to people who are not intimidated by Kabbalah, the topic is not a priority. It is as important to personal fulfillment, they believe, as dessert is to a meal. Therefore, only once they have “eaten” their fill of the “main course,” that is, Chumash to Talmud, will they perhaps eat the “dessert.”

Too bad. If and when they ever do, they will most certainly look back with regret. They will likely say, “I really wish I knew these ideas when I was younger.” It will literally be too little too late.

What Goes Around is meant to help bridge the gap somewhat. It is a fictional novel based upon factual information. The characters are not real, but what happens to them could actually happen to anyone. The Torah ideas discussed are real, coming from or being based on teachings from Sha’ar HaGilgulim.

The idea is that a novel, even based upon Kabbalah, can have a much wider audience. It can be an excellent medium to bring relevant but complicated ideas more down to earth, and make them more accessible to a large crowd. Once exposed, the person can decide for themself to follow up with a more detailed investigation. (Introduction, What Goes Around)