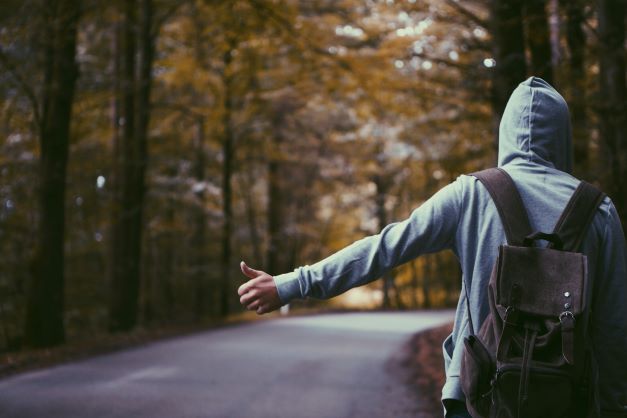 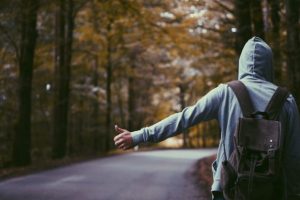 THE JOURNEY WAS going to be a long one, 36 years when all said and done. Some people go out east for a year or two trying to find themselves. Ya’akov would spend three decades out east in search of himself.

Himself? Didn’t he go in search of wives, while at the same time trying to go off Eisav’s grid?

Ya, that was all true, but more a cover story than anything else. Yitzchak didn’t have to go anywhere to find his soul mate, who was delivered right to his front door by Eliezer. If Ya’akov had to travel all that distance to start his family, it had to have been good for his development too. Eisav was just Gods modus operandi to get Ya’akov out of his tent and on the road.

His journey had many parts. His first stop was the yeshivah of Shem and Eiver to learn for 14 years. As the rabbis say, Ya’akov never went to sleep. He just kept learning until sleep came to him. Then he would wake up and do it all over again…for 14 consecutive years.

Those 14 years of uninterrupted Torah study were crucial preparation for the next 22 years with Lavan. Just going to Chutz L’Aretz was challenge enough, and even for a short while. Living with Lavan was like living in the Chutz L’Aretz of Chutz L’Aretz for 22 years! Who wouldn’t lose themself spiritually after such exposure to anti-Torah values?

It was definitely on Ya’akov’s mind:

In peace: Perfect from sin, that I will not learn from the ways of Lavan. (Rashi)

Lavan the crook. Lavan the mobster. Lavan the cheat. Ya’akov who knew who he was about to deal with, and he wanted no part of him. Ya’akov was tamim, and Lavan was the opposite. Or was he?

Ya’akov told Rachel that he was her father’s brother. (Bereishis 29:12).

Rather, he said to her: “Will you marry me?”

She said to him: “Yes, but my father is a swindler, and you will not be able to [outwit] him.”

He answered her, “I am his brother in deception.”

She asked him: “But is it permitted for the righteous to be involved in deception?”

You really call that tamim?

JEWISH HISTORY IS convoluted, I’ve said that many times. So many things have occurred in very questionable ways. And so many of the good things have happened in mysterious ways, or in ways we haven’t been able to see or appreciate. And sometimes it has seemed that we have just made it by the skin of our teeth, giving many the impression that it was more luck than divine providence.

But that has more to do with the way we look at reality than how God creates it. It reminds me of a certain kind of joke. The punchline of most jokes seems to have emerged naturally from the joke itself, as if the “author” said, “What’s a funny way to end this story?” But some jokes you can tell they started with a funny idea and the joke was then built around it. One of my favorites?

Question: Why don’t seagulls fly over the bay?

Answer: Because then they would be bagels (bay-gulls).

I don’t know how that joke came to be, but it sounds to me like someone was sitting in a bagel shop and while munching on their bagel suddenly realized that “bagels” sounds like “bay-gulls,” and quickly realized that there was a joke about seagulls in there. Alternatively, they ordered a dozen bagels and was surprised to be handed 12 birds in a bag and found humor in that.

That’s the way God wrote history. As we say every Friday night during Kabbalas Shabbos, “Last in deed but first in thought.” It means that even though Shabbos was the last creation of Ma’aseh Bereishis, God already had it in mind before He started created anything. The same thing is true of all of history.

Since we do not know the future or fully understand the final game plan of God, history seems to meander through time, and be completely a function of cause and effect. Causes lead to effects which lead to other causes, which lead to other effects, and so on thousands of years later. Things happen that we did not anticipate, sometimes to our benefit and sometimes to our detriment. Fires occur and we do the best we can to put them out or at least minimize damage because, from our time-locked perspective, life is an evolving “joke” still in search of its punchline.

Not for God though. He can work backwards from the punchline, and everything that happens in history was not only anticipated by God, it was designed and implemented by Him. If we could see history from His perspective, and one day we will, not one event in all of history will be questionable or out of place. The grande finale will prove that it all made sense. Jewish history will no longer appear convoluted. It will appear like the most logical and straightest path between two points, the beginning of Jewish history and the end of it.

WHAT THIS MEANS is that, to be Lavan’s brother in trickery as a fellow Aitz HaDa’as person would have made Ya’akov a crook just like Lavan. To match his trickery while coming from an Aitz HaChaim point of view was, in the words of Yeshaya HaNavi, “with the perverse you will show yourself subtle.” Not all ends justify the means, but they do when they come from God.

When they come from God, they are not just a person’s idea of God, or their personal interpretation of what God has said. Before someone declares that their controversial act is in the name of God, they have to make sure that God agrees with them. They can’t ruin God’s plan, no matter how much it may look like they have, but they can certainly run their life and destroy their portion in the World to Come.

The truth is that without prophecy, it is really quite impossible to have such a God point of view. Prophets only had it to whatever extent they had it, because God shared it with them. An exception perhaps was Eliyahu HaNavi at Mt. Carmel to show up the worshippers of Ba’al. The law already in place was to not build an altar to God outside the Temple grounds, which Har Carmel was. But Eliyahu did it anyhow.

Any chachamim since then who have reached such a level without being prophets have usually not done anything outside of the Torah box. The Arizal, for example, was worried that doing such things could negatively altar history, and refrained, and that was hundreds of years ago. Today, even the greatest of rabbis won’t go outside the guidelines of Torah for any reason.

But Ya’akov Avinu was very different from everyone else. Remember the names of the three types of sheep he had, Akudim, Nekudim, and Berudim? Those are names of pre-Creation phases that he perceived that we can only talk about. He wasn’t called E”l, a name of God for no reason.

The bottom line? Lavan was a cheat because that is how he coped with the world he found himself in. Ya’akov “cheated” back when it was the truth according to the Ultimate Truth, God Himself. They may not have seemed much different to the untrained eye, but they were as different as the darkest night and the brightest day.

DO YOU PRAY to God or do you pray at God? What is the difference? Someone who prays at God basically says the prayers into the air and hopes, if they even care, that God hears them and answers them. At the very least, they hope that they have fulfilled their obligation to pray, regardless of being heard or answered.

People who don’t appreciate how much they need God to survive usually have this approach to prayer, and Judaism in general. It’s like the Gemora says, prayer is one those things that stands at the heights of the world but people walk all over. Those are the people who do not believe that prayer actually makes much of a difference to the outcome in their lives.

Until they need to. Those are the times they are scared of the future and everything they usually rely upon to save them has either failed or offers no hope. Then, all of a sudden, the uncertainty of prayer works in the other direction, providing a glimmer of hope where there otherwise is none.

Praying to God is different. It’s not like talking into a phone with no one on the other end. It’s like sitting across from someone and having a sincere conversation, the goal of which is a closer connection to the other side. The words are just the means to improve that connection.

Ya’akov Avinu had already reached Charan when he realized he had missed the opportunity to pray to God on the future Temple Mount. Many people wouldn’t go back a mile for a minyan, but Ya’akov turned around and went all the way back to Eretz Yisroel just to doven Ma’ariv by himself. That’s how much he wanted and appreciated that connection to God.

That’s another aspect of od ain Milvado. It’s not enough just to believe that there is none other than God. You have to also believe that God is everywhere at all times, including right in front of you when you pray. You may be praying at Him, but He is right there waiting for you to pray to Him.

Why then did Ya’akov Avinu turn around and head back to Har HaMoriah to pray if God is everywhere? To maximize the experience. Once God has already identified places where He can be most felt, it is a shame to meet up with Him in lesser places, like the Diaspora. That’s why Ya’akov did the next best thing going to Mesopotamia. He took a part of Eretz Yisroel with him…something that only works when God sends and keeps you outside His holy land.