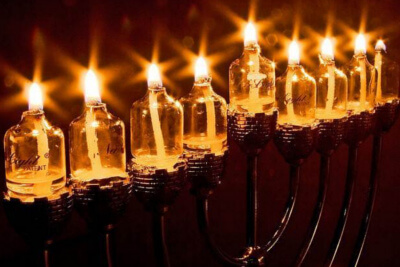 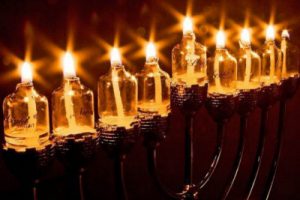 QUESTION: May a Jewish employee participate in company parties that are held in celebration of non-Jewish holidays?

DISCUSSION: It depends on the type of party the company is having. Many times, a company’s holiday party has nothing to do with the celebration of the holiday; rather it is an employee appreciation party that happens to take place during the holiday season. There is no halachic objection to attending such a party. But if the intention of the party is to celebrate the actual non-Jewish holiday, it would be forbidden for a Jew to attend.

However, even if the party is not intended to celebrate a non-Jewish holiday, non-Jewish office parties are hardly the place for an observant Jew to be. The mode of dress, the type of language and the loose behavior at such affairs is completely alien and contrary to everything that Yiddishkeit stands for. It is clear, therefore, that if for business reasons one must attend such a party, he or she must do so only when there is no other choice, and even then, he or she must come and go as quickly as possible. Lingering in such an environment can lead to serious transgression of many Torah laws.

QUESTION: Is there a source for the custom of women refraining from doing housework while the Chanukah candles are burning?

DISCUSSION: This custom is cited in Shulchan Aruch and dates back at least to the days of the Rishonim. Women have always felt a special affinity for the Yom Tov of Chanukah since a woman – Yehudis, the daughter of Yochanan Kohen Gadol – played a prominent role in the defeat of the Greeks. In addition, Jewish women suffered from the Greeks more than the Jewish men did.(1) There are two basic reasons why women chose to refrain from work as an expression of their special observance of Chanukah:(2)

* In order to highlight the fact that Chanukah is indeed a Yom Tov. Therefore, women refrained from doing “work” – as they refrain on Yom Tov – so long as the candles are burning.(4)

QUESTION: What type of housework is included in this custom?

DISCUSSION: There are various opinions as to what “work” means vis- a-vis this custom. Most communities prohibit “work” that would be forbidden on Chol ha-Moed, such as doing laundry or sewing, while cooking, baking and light housework would be permitted.(5) But in some communities, “work” includes all work, including cooking and baking.(6)

The poskim also debate the amount of time that women customarily refrain from doing housework. Most poskim hold that the custom applies only to the minimum length of time that the candles must burn,(7) which is approximately one half hour after the stars appear. Others, however, maintain that the custom to refrain from work lasts as long as candles are burning anywhere in the community, which may be as late as midnight.(8) Most communities follow the first view.(9)

QUESTION: Is it permitted to recite the blessings over Chanukah candles that are kindled outside one’s home, e.g., at a Chanukah party in school, in a public hall or at a public display?

DISCUSSION: Several contemporary poskim address this issue and the consensus is that it is not permitted. They explain that the mitzvah of lighting Chanukah candles was instituted specifically to be performed in one’s home or in a place where one is residing temporarily. Reciting the blessings over candles lit outside of one’s home may be a berachah levatalah.(10)

The only exception to this rule is when candles are lit in shul between Minchah and Ma’ariv on Chanukah. Thus it may be argued that any public lighting is similar to the lighting in shul. But for several reasons the poskim strongly reject this argument and recommend that one avoid reciting the blessings in any setting other than in one’s home (or temporary dwelling) or in shul.(11)

QUESTION: When is the appropriate time to light Chanukah candles and how long should they burn?

DISCUSSION: Concerning the proper times for lighting, there are several views in the poskim which are reflected in various customs. Those who have a family tradition should uphold it, but those who do not have a specific custom should light at the time that recognized Gedolei Yisrael lit, which is about twenty minutes after sunset.(12) Although in Eretz Yisrael many people light immediately after sunset, outside Eretz Yisrael it is yet daylight for a while and too early to kindle the lights.

There should be enough oil, however, for the candles to burn until one half hour after tzeis ha-kochavim.(13) There are various ways and a number of opinions of calculating tzeis ha-kochavim, ranging from twenty minutes (in Eretz Yisrael) to seventy-two minutes past sunset. In order to fulfill the mitzvah according to all views, there should be enough oil to burn for about eighty to eighty-five minutes.

On erev Shabbos, Chanukah candles are lit right before lighting Shabbos candles, which is about twenty minutes before sunset. In order to fulfill the mitzvah according to all views, there should be enough oil to burn for at least two hours.(14)

QUESTION: How important is it to daven Minchah before lighting Chanukah candles on erev Shabbos Chanukah?

However, if no early minyan is available, then it is better to light first and daven with a minyan afterwards.(18) Working people who are unable to daven Minchah before lighting the menorah because that would cut their short Friday even shorter, should light candles first and then daven Minchah in shul with a minyan.

QUESTION: Is it permitted to give a gift to a non-Jewish employee, colleague, etc., during the non-Jewish holiday season?

DISCUSSION: As explained earlier, giving a gift to an employee or to a person who renders a service is merely an expression of gratitude, a form of payment for past or future service which it is not considered a celebration of avodah zarah and is permitted. It is proper, however, that no specific mention be made that the gift is in honor of the non-Jewish holiday,(19) and that the gift be given a day or two before or after the holiday rather than on the holiday itself.(20)

2 Some men also have the custom to refrain from doing work during this time; Mishnah Berurah 670:3.

6 This is the custom in Yerushalayim; Harav Y.Y. Fisher, quoted in Rivevos Efrayim 1:436.

9 Sha’ar ha-Tziyun 670:7; Kaf ha-Chayim 670:8. See Aruch ha-Shulchan 670:8, who writes that in his community, women refrained from work only at the time that the candles were being lit.

14 See Beiur Halachah 672:1. The breakdown is as follows: Twenty minutes before sunset, seventy-two minutes until the stars appear, and an additional half hour for the candles to burn after tzeis ha-kochavim.