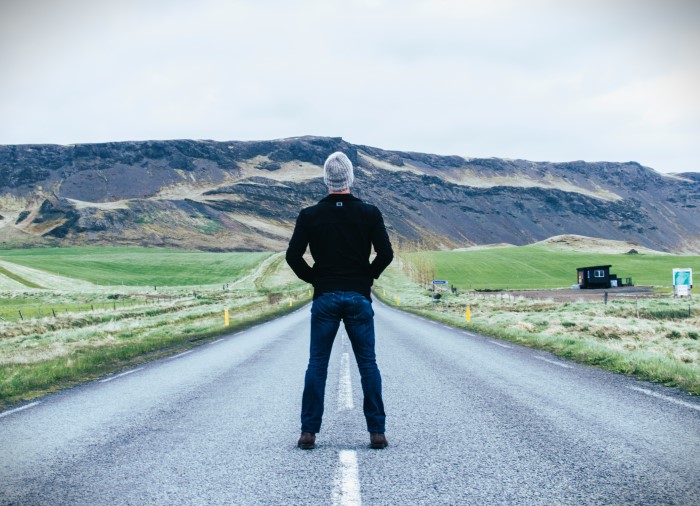 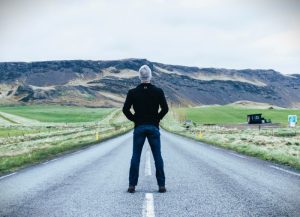 THE STORY OF Lot is a confusing one. Was he a good guy? Was he a bad guy? Did he waver between the two like Chanoch in his time? On one hand, he was the nephew of Avraham Avinu, with whom he lived for many years without being kicked out. On the other hand, he himself left Avraham for Sdom, of all places.

On the other hand (for those with three hands), Lot merited to be saved while the rest of Sdom was destroyed. And even though he was guilty of incest with his own daughters, one of them ended up being the ancestor of Rus and Moshiach Ben Dovid, giving Lot, albeit convolutedly, a connection to the final redemption.

He was also heroic, convolutedly as well, saving the wayfarers/angels sent to save him and his family from the impending destruction of Sdom. He stood up to the Sdomites who had come to his door demanding he bring out his guests, not yet knowing that they were angels, even offering them his virgin daughters in return for their safety. Maybe the incest later after fleeing was recompense for considering such an exchange.

To his credit, Lot did not capitulate. Instead, the angels blinded the people at the door, told Lot about the upcoming destruction of Sdom, and told him to get into high gear and head for the mountains, which he did. Well, at least he did after the angel forced him to forget about what he was leaving behind lest he get left behind as well.

It was not easy to live in Sdom if you had an opposing value system. They were 100 percent wrong about life, but they were the ones in charge. Not a day went by that they did not anger God, but He did nothing about it in the meantime. He has eternal patience. They were heretics, but unconcerned because they seemed to be able to do whatever they wanted until they no longer could…until history could not afford to have them around anymore.

It’s like working for a nasty boss. As long as you need the job and he signs your check, you have to do what he says. Money talks. Power controls. Masses overwhelm. Billions of people can be wrong about life, but as long as they’re in the majority and calling the shots, you can either partially or completely capitulate, or get out. For many like Lot, getting out is not much of an option, leading to capitulation on some level. It’s already happening in the States in ways that were unthinkable just 10 years ago, and it isn’t over yet.

NOACH DID IT in his time. Avraham did it in his. Even Lot did it somewhat in Sdom. Once again, “we” are being challenged, this time on an unprecedented scale. The ways of Sdom are becoming the norm in the Western world where most Diaspora Torah Jews live, and it is becoming increasingly more difficult to sidestep it.

We should have seen it coming, but when we found it possible to finally enter gentile society and share in the financial prosperity, we thought, hoped, it could only be a good thing. After fighting fierce anti-Semitism in Europe for centuries, we were unspeakably relieved to be accepted as Jews. We could even be Torah observant and successful businesspeople. For some it was a redemption. For many others, it was the redemption.

We did that. So much of Eretz Yisroel’s success has been the result of generous Diaspora Jews. But while so many funneled money and resources to Israel, they did it while making their host countries their own.

We could have learned a lesson from Lot. When he first came to Sdom, everything seemed just fine. They accepted him and he prospered there. He married, had a family, and even became a judge there. But the longer he stayed the worse it got, and the more he had to spiritually compromise. Had he not been Avraham’s nephew, he would have gone down with the place.

Now so much of the civilized world is Sdom-like, even in Eretz Yisroel. They call it progress and take pride in their openness, something they can only do by disregarding what the Torah says, if they even know what that is. But they don’t have a problem with that since they don’t believe Torah came from God, and most, for one reason or another, have never bothered to check it out.

That’s why the election results in Israel are a wonder. They don’t make sense given the overall left-leaning direction of Israeli society. They have disappointed many left-leaning Americans who were hoping to see Israel continue to mimic “modern” American culture. They can’t see it as a step in the direction of Ultimate Truth because they don’t believe that an Ultimate Truth exists. If they see themselves as “liberators,” then they can only see their opposites as dictators.

Lot’s ideology finally went head-to-head with Sdom’s at the front door of his house in this week’s parsha. But the people of Sdom were not interested in changing their society, least of all for Lot. He retreated into his house, but they were about to break his door down and take what they wanted, probably killing Lot in the process, when God stepped in. And in a moment, Lot went from underdog to victor.

Sdom is banging at the door to break it down, and no ideological arguments are going to change that. People take what they want these days, however they want to take it. It has little to do with logic or conscience, and the only one who can stop them is God, another reason why the final redemption can’t be that far away.

IT HAS TO be more than just coincidence. When God told Avraham about Yitzchak’s impending birth, he laughed—vayitzchak. When the angel told Sarah the same news, she too laughed—vatitzchak. And what happened to be the name of that son in the end? Yitzchak.

“Imma, why did you call me Yitzchak?”

“Because when God told your father and me about your future birth, we both laughed.”

“You named me Yitzchak because you both laughed about my birth? Well, that’s certainly meaningful…”

Not if that is all there was to it. And it certainly wasn’t, as the following story alludes:

From Avraham’s and Ya’akov’s perspectives, it was only logical that their descendants be duly punished for breaking Torah. For Yitzchak, it was absurd. And isn’t that what makes us laugh the hardest, when the absurd becomes reality…like the birth of a child at the age 100 and 90?

Whether Avraham and Sarah laughed for the right reason or not, as Rashi explains in this week’s parsha, they still laughed for the same reason, the absurdity of the news of the birth of Yitzchak. That’s important because it turns out that the absurdity of Jewish history began with that news and their laughs, which is perhaps why we will later call Yitzchak, not Avraham and Ya’akov, “father.”

A song of ascents. When God returns the returnees to Tzion, we will be like dreamers. Then our mouths will be filled with laughter… (Tehillim 126:1-2)

That’s why we can’t figure out how all of it will end. We keep using logic, but the finale will be, well, absurd.

THAT’S RIGHT, ABSURD. I mean, it will make sense after the fact, but not before it. When the final redemption comes, then we’ll look back on history and see what led to what, and why. We’ll be surprised, maybe even shocked to see what we thought was bad was really good, and how what we thought could only be good wasn’t so much. It will seem so surreal, so absurd…so miraculous.

Because that is what history looks like to man when God runs it. Our vision is limited, and our understanding of the master plan, even less so. We live with nature on a daily basis and have gotten used to it’s role in life, or at least the role we think it plays. We don’t consider how it might be a smoke screen for hidden divine providence, and we rely on human logic to decipher what we perceive. The Akeidah was Avraham’s successful interaction with the absurd.

The soldier stood at attention before the Commanding Officer, who recognized him only too well.

“Why are you here, Private?” he asked the stiff soldier whose eyes looked straight ahead.

“Completed my orders, Sir!” the soldier replied mechanically without moving at all.

This confused the Private, who asked, “I beg your pardon, Sir?”

“I mean,” the CO explained, “how did you manage to go and come back in one piece? You went on a suicide mission. You weren’t supposed to…”

The CO caught himself and stopped before admitting that he had really believed that the Private would die at some point on his mission, either going or coming. He had to go behind enemy lines and cross many mine fields along the way. The odds of surviving all of it were next to none. And yet, there was the Private looking no worse for the wear.

Though the Private did not move, his brain was going back over the entire mission, something he had yet to do. There was a war raging around him, and his mission had been crucial to his army’s success. He was a good soldier, and good soldier’s don’t think about personal matters when fighting for their country.

But as he stood there and rewound his entire mission, recalling all the death-defying situations he had found himself in…all the times he could have easily been shot or blown up…how many times he had come close to failing at his mission, he found his legs going weak. He had to fight just to remain standing.

The CO absorbed the soldier’s words, and after exhaling a long breath said, “By the grace of God?” Then he paused for a moment, and added, “I’ll say…”

If you consider who we are, and Who God is, it is absurd that He made us. It is absurd that He created the world for us as He did. It is absurd that we have so much opportunity to do and accomplish and enjoy life. When you think of all that could, or should go wrong, it should weaken our knees, so to speak. The world may seem natural and life may seem automatic, but at the end of the day, we live by the grace of God…by miracle after miracle.