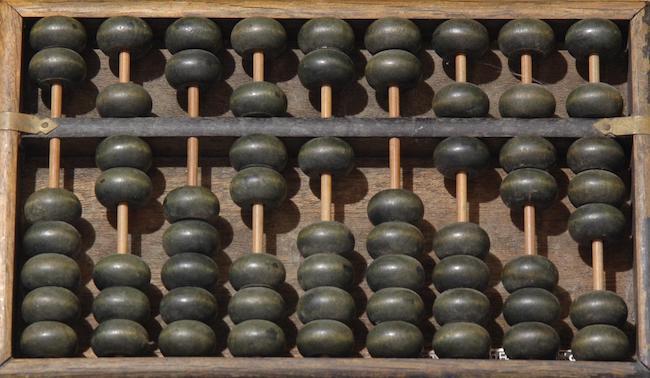 A Community that Counts 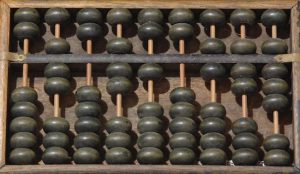 The grouping together of certain laws or events in one parsha is indicative that a common idea or message is being expressed by this allocation. This week’s parsha begins with the census that was conducted in the desert. Since it is prohibited to count Jews by numbering them, the people were called upon to contribute a half-shekel each, which was subsequently tallied, thereby enabling the census to be completed in accordance with Halacha. The terminology used for the census is “Ki sisa”, which literally means “when you elevate”. What is uplifting about the notion of being counted?

The Torah then records the construction and function of the Laver which stood in the Courtyard of the Mishkan. This large copper basin was placed upon a stand, filled with water and used by the Kohanim to wash their hands and feet prior to performing the Service [1]. The previous two parshios deal with the construction and function of the sacred Vessels. Why does the Torah delay the mentioning of the Laver and its base until this week’s parsha?

The Torah records eleven ingredients that were offered on the Golden Altar twice daily. Among the spices listed is galbanum which has a foul aroma [4]. From this the Talmud derives that a community is obligated to include sinners in its prayers [5]. This is the source for the widely accepted custom instituted by Rabbi Meir of Rothenberg that prior to the onset of the Yom Kippur service, a formal declaration is proclaimed permitting all sinners to join with us in prayer [6]. What insight can be gleaned from this requirement?

This census, the first conducted by the Jewish people, reflects the notion that we had achieved the necessary critical mass to be defined as a community. Being counted as a community meant that we had been elevated from individuals who required the infrastructure and support systems of others, to a self-sufficient unit with the ability to retain its own identity and ensure its survival and continuity. While the previous two parshios deal with the erecting of the Mishkan in our midst, Parshas Ki Sisa addresses our becoming a community.

Although many of the vessels contained copper which was donated by the general populous, the Torah specifically identifies that the Laver was made exclusively from the polished copper mirrors contributed by the women [7]. Moshe was reluctant to accept these mirrors, deeming it inappropriate to construct a sacred vessel from items that were used to elicit lust, but Hashem revealed to Moshe that it was these very mirrors that were instrumental in ensuring the survival of the Jewish people. Returning from the back-breaking labor inflicted upon them by their Egyptian taskmasters, the Jewish men were too exhausted to engage in marital relations. Fearing for the survival of the nation, the women used these mirrors to make themselves desirous in their husbands’ eyes, thereby guaranteeing the continuity of the Jewish people. Therefore, Hashem told Moshe that there cannot be a more befitting contribution for the Laver [8]. All the other gifts are recorded as being given on an individual basis, yet the mirrors were given as a group, “asher tzavu” – “that gathered together”, for they were given with a sense of community [9]. These women who understood the importance of ensuring the survival of the Jewish nation offered their contributions with the same communal sensitivity. The Laver, therefore, represents the importance of preserving Jewish continuity and symbolizes the efforts required to enable the formation of Jewish communal life. Consequently, its construction appears in Parshas Ki Sisa and not together with the construction of the other holy Vessels.

Including the foul-smelling galbanum in the Ketores defines for us the requirements of a community. A Jewish community can only be referred to as a community if there is no segment being excluded. As a community, we have a responsibility to focus upon the needs and welfare of each individual, not just those who share common ideologies and interests with us. If we segment ourselves and become polarized we transform from a community into a cult. It is therefore a prerequisite on Yom Kippur eve, prior to receiving our communal atonement, to declare that we are gathered together to pray with all members of the Jewish community, none being excluded. Excluding any member would prevent us from being afforded the special dispensations of atonement that are granted exclusively to a community.

Whereas the Laver represents the sociological aspects of community such as Jewish continuity and self-preservation, the Ketores reflects the manner in which the individuals within the community should relate to one another. Both the Laver and the Ketores are recorded in Ki Sisa, the parsha in which we are counted as a community, for they represent the integral elements that contribute to and define the Jewish community.