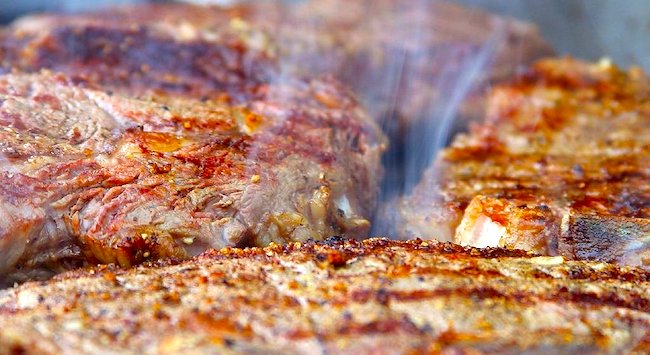 Adding Sizzle To The Steak 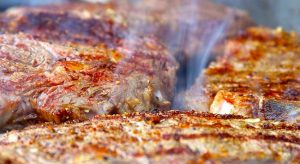 “You shall not kindle fire in any of your dwellings on the Sabbath day”(35:3)

Many of the commentaries discuss why the Torah singles out the kindling of fire from all the other forms of prohibited Shabbos labor.[1] Rav Sadya Gaon explains that the emphasis should be placed on the latter portion of the verse, “bechol moshvosaichem” – “in all of your dwellings”. The Torah is teaching us that the prohibition of kindling fire applies to all of the places where Bnei Yisroel live. The need for this emphasis, explains Rav Sadya Gaon, is to prevent a person from erring by applying the prohibition only to the time period during which Bnei Yisroel subsisted on the manna.[2] What rationale could cause a person to arrive at such an assumption?

One possible solution that could be advanced is that since the manna did not require preparation, one may have thought that only under similar circumstances, when fire was not used, would kindling be restricted. However, perhaps when fire was used for food preparation, kindling would be permitted. The flaw in this approach is that Bnei Yisroel did use fire in the preparation of the manna, as the verse attests: “asher tofu eifu v’es asher tevashlu basheilu” – “bake that which you wish to bake and cook that which you wish to cook”.[3] Clearly, the preparation of the manna included cooking and baking, yet these activities were still prohibited on Shabbos.

To begin addressing the aforementioned difficulty we must first understand why Bnei Yisroel would cook and bake the manna if it provided every flavor imaginable, even in its raw state. A major factor in culinary palatability is the presentation and appearance of the food. Although the manna offered every desired taste, its appearance never changed.[4] To enhance its visual appeal Bnei Yisroel resorted to cooking and baking the manna.

Rav Sadya Gaon is explaining that one may have thought that since such use of fire is not essential in the food preparation process, it falls under the jurisdiction of the Torah’s Shabbos prohibition. When, however, fire would be necessary to make the food edible, the Torah would allow its Shabbos use. Therefore, the Torah stresses that under all circumstances the kindling of fire is prohibited “in all your dwellings”.

Feet On The Ground

“He filled him with G-dly spirit, with wisdom, understanding, and knowledge…” (35:31)

Based upon the verse describing Betzalel’s attributes, “Hashem filled him with G-dly spirit, with wisdom (chochmah), understanding (tevunah) and knowledge (da’as)”, the Maharal questions the Rivash’s interpretation. The Torah lauds Betzalel’s da’as as one of his qualifications for constructing the Mishkan. If da’as is only the awareness of the most rudimentary concepts, why then, asks the Maharal, does the Torah deem it complimentary to attribute Betzalel with it?[3]

It is common to find a person who possesses genius-level talents in one particular field, yet has no inkling of the most basic rudimentary procedures. This situation is especially problematic with individuals who delve into subjects which are esoteric or mystical by nature; they begin to lose touch with reality. Those procedures which are elementary to the average person are foreign to this individual. The “mystic” loses the ability to perform daily activities.

Although Betzalel was a Kabalist of the highest order, as attested to by the Talmud which states that with his knowledge, Betzalel had the capacity to recreate the heavens and the earth,[4] the Torah testifies that he did not lose touch with reality; he still possessed “da’as”. While this might not appear to be an accolade for the average person, for the individual whose mind is preoccupied with ideas and thoughts which remove him from this world, possessing da’as is a great accomplishment. True wisdom must be accompanied by a strong sense of reality. If the wisdom causes the individual to lose this sense of reality, then the wisdom itself is lacking.