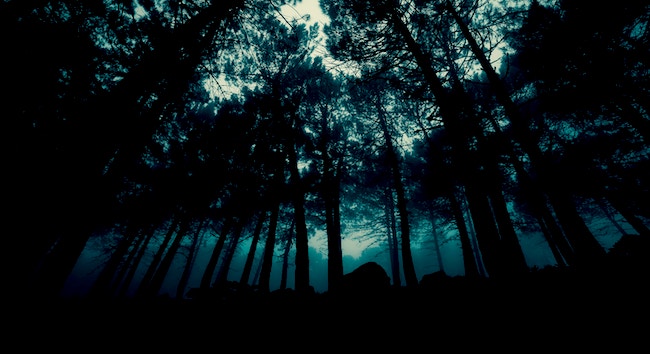 The Curse of Madness / The Ultimate Curse 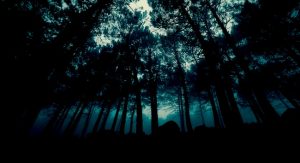 These divrei Torah were adapted from the hashkafa portion of Rabbi Yissocher Frand’s Commuter Chavrusah Tapes on the weekly portion: CD # 1172 Can One Remove His Mezzuzos When Moving To A New Home? Good Shabbos!

Two Dimensions of the Curse of Madness

Parshas Ki Savo, as we all know, contains the Tochacha – 98 curses that will happen if, Heaven forbid, Israel does not keep the Torah. It is a very scary parsha. That is why the custom in Israel is that we read it in an undertone. Among the curses mentioned, the pasuk says, “You will go mad from the sight of your eyes that you will see” [Devorim 28:34]. Unfortunately, we have heard too many stories of things that happened in the Holocaust in which mothers had to see their children taken away from them – this can literally cause people to go out of their minds from the things they have had to witness.

It is difficult to understand that a few pasukim earlier, the Torah says, “Hashem will strike you with madness and with blindness and with confounding of the heart” [Devorim 28:28]. There too, the pasuk says that the L-rd will smite us with madness (sheegaon). The Ketzos HaChoshen wants to know the difference between pasuk 28 and pasuk 34. Pasuk 28 is “Yakcha Hashem b’sheegaon” [the L-rd will smite you with madness] and pasuk 34 says “You will go mad from the sight of your eyes…”   What is the difference between these two curses? They seem to be redundant.

The Ketzos HaChoshen gives an incredible insight – and I have seen this happen. There are some people that are literally crazy and are not in touch with reality. They live in their own world. They do not walk through the streets thinking, “Gee, what do people think of me?” The person is so crazy, he does not even contemplate what other people think about him. This is total insanity – completely out of touch with reality.

But then you can have a person who is not totally out of touch with reality. In fact, he can at times be quite lucid and at other times not lucid at all. What is tragic about such a person is that when he is lucid and looks at other people and people look at him, he is cognizant of the fact that people are looking at him somewhat strangely. He realizes that people think he is crazy – even though, at those moments, he is not crazy. At those moments, he is very aware of who he is and what he is thinking and what everybody else is thinking about him. It is extremely painful for that person.

I once knew a person who suffered from dementia – be it Alzheimer’s or some other type of dementia. This person had periods of lucidity and periods of not dealing with reality. You could tell that when he was lucid, it was very painful for him to realize that people were looking at him askance. He “got it” that people were looking at him funny. It was very uncomfortable for him.

The Ketzos HaChoshen said that pasuk 28 (the L-rd will smite you with madness) is the person who is totally out of touch with reality—crazy, and not aware of his situation. He is not aware of what people think or people say. But pasuk 24 (You will go mad from the sight of your eyes) is speaking of the other situation. You will see things with your eyes and you will see that things are not right. You will see that people are not dealing with you like a normal person. This will drive you to an even deeper state of madness – from the situation that you see with your own eyes! This is an even worse curse.

To be both “in touch” and “out of touch” and to go between the two states and to have to deal with that on an ongoing basis is far worse than to being completely “out of touch with reality.”

The Ultimate Curse: No One Would Buy the Jewish Slaves

The last pasuk in the Tochacha is noteworthy: “Hashem will return you to Egypt in ships, on the road of which I said to you, ‘You shall never again see it!’ And there you will offer yourselves for sale to your enemies as slaves and slave-women – and there will be no buyer!” [Devorim 28:68] Rashi writes on this pasuk, “You want to be bought as a slave, and yet no one will buy you!”

It is a chilling statement. But I learned something recently that makes it even more chilling.

It is a long Ramban, I will just quote a few lines:

The Curses in Devorim predict that the Almighty will bring upon us an enemy from a far-away land. This refers to the Roman conquest, a nation who was very far from the Land of Israel. It speaks there about “a nation that you do not recognize and whose language you do not understand.” This was only the case in the second exile, not in the Babylonian exile, where they were taken away to nearby Babylonia by a nation they knew and whose language they understood. … So too “and the L-rd will disperse you from one end of the earth to the other end of the earth” which is mentioned in Parshas Ki Savo – that refers to our present exile where we are spread out across the globe.

Finally, the Ramban points out regarding the Tochacha in our parsha that it concludes with the words “and He will bring you back to Egypt in boats.” This happened, he says, in our present exile. Titus, the Roman general who destroyed the Second Temple, filled slave boats with Jewish prisoners and took them all over the world.

This past summer, I had the good fortune of acting as a scholar in residence on a tour of Italy. In our last day there, we were in Rome and went to the Roman Coliseum. It was perhaps the most moving part of the trip, although it brought to mind a very tragic point in our history. They built the Roman Coliseum with money that Titus stole from the Beis HaMikdash treasury, which he plundered at the time of the destruction of the Second Commonwealth. He took with him 95,000 captives that built the Roman Coliseum.

Imagine you are in this place which is now in ruins, but is still very recognizable as a coliseum. It is not a whole lot different from a football stadium. It is round and there is a “playing field.” It sat seventy thousand people. You are there looking at this place and you are thinking, “Jewish money and Jewish hands built this.” It is such a tragic place. The non-Jewish tour guide knew the history of Rome. She told us about what went on in the Coliseum. The gladiators used to fight to the death there.

This went on there every day for 500 years! Football is eight or ten games a year. However, imagine the Roman Coliseum – 500 years, every day, 70,000 people from all over the Roman Empire, including the Roman Emperors themselves. The Jewish historian that accompanied the group (Rabbi Nissel) told us that for the crowd’s entertainment, they used to have prisoners and slaves, who they forced to run out onto the field where there were starving lions waiting, who had not been fed for three or four days. The lions would come out and rip these people to pieces, devouring them. This was the entertainment of the “Holy Roman Empire.” People in the stands used to cheer when the lions would rip these prisoners to shreds.

Many of those people ripped to shreds were Jewish slaves. The problem is that they were not really slaves. That is what our pasuk is teaching. They were offered for sale as slaves – but no one purchased them! They were so weak, so old, so emaciated. No one wanted to buy a slave like that. A slave must be a worker, an able-bodied person. So what happened to all the sick, infirm, and old Jews who were offered as slaves but no one wanted to purchase them? They were the people who were fed to the lions. This is the final curse of the Tochacha.

Imagine how bad things get when it is actually a “blessing” to be purchased as a slave!