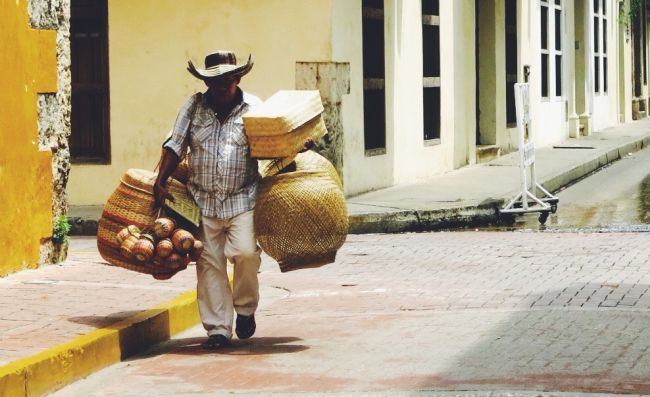 Schlepping For Someone Else / Hashem Took Us Out Himself! 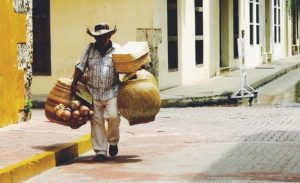 These divrei Torah were adapted from the hashkafa portion of Rabbi Yissocher Frand’s Commuter Chavrusah Tapes on the weekly portion: CD #1017 — Kiddush Levana on a Cloudy Night. Good Shabbos!

A Tale of Two Rewards for Two Tailed Creatures

The Torah says that when we left Egypt, the dogs did not bark. The Mechilta on that pasuk [Shemos 11:7] writes that it was for this reason that the Torah specified that the meat of a tereifa [‘torn’ – i.e., not properly slaughtered] animal shall be thrown to the dogs [Shemos 22:30]. “This teaches that the Holy One Blessed be He does not withhold reward from any creature.”

There is another pasuk in this week’s parsha which says, “Every firstborn donkey shall be redeemed with a lamb; and if you don’t redeem it with a lamb, then it must be decapitated…” [Shemos 13:13]. We are familiar with the concept of the sanctity of the firstborn. We know that the first born of both men and domesticated animals are holy. The father of a human firstborn must redeem his son by giving five silver coins to a Kohen. The first born of our animals also has kedusha, and must be given to a Kohen. Generally, this only applies to Kosher animals. The first born of a dog or a cat does not have firstborn sanctity, because the animal is not kosher.   There is one notable exception to this rule – the donkey.

It is striking that a firstborn donkey is considered “holy,” because normally we do not associate kedusha with an animal that is tameh. And yet, the halacha teaches that we must “redeem” our firstborn donkeys. Rashi rules that this is a gezeiras ha’kasuv [Divine decree], an anomaly. Rashi adds, “because the donkeys helped Israel carry out the booty they took with them from Egypt.” The Jews left Egypt with considerable amounts of gold and silver. Precious metals are heavy. Who schlepped all of this “bizas Mitzrayim [spoils of Egypt]?” They did not have moving vans in those days, so they could not simply call Allied Moving and Storage! Who schlepped it? Rashi says that the donkeys schlepped it. As a reward for their service at that time, the Almighty made a tremendous exception to the rule: Donkeys have firstborn sanctity!

Rav Yosef Chaim Sonnefeld asks an interesting question: Why don’t dogs have “first-born sanctity”? We just finished saying that the Almighty wanted to reward the dogs for not barking during the Exodus, so why didn’t they receive a special sanctity as a reward? On the other hand, we can ask, why do donkeys get “top billing” in the “Exodus Reward” category?” They were given a lot more than just treife scraps – they have kedusha! The dogs should also have kedusha! Why do the donkeys have kedusha but not the dogs?

Rav Yosef Chaim Sonnefeld answers with a beautiful thought: At the time of the Exodus, the dogs merely kept quiet. The donkeys schlepped. When you schlepp for someone else, you are invested with kedusha. Putting down your shoulder to help someone else is a higher level of spirituality then merely keeping quiet. Not barking is fine and nice, and it is why the dogs got the treife meat. However, schlepping is a higher level of investment, so that is why the donkeys received the higher reward of kedusha.

The Almighty Wanted to Do it HIMSELF

Parshas Bo contains the last three of the Ten Plagues. Finally, Pharaoh says “enough!” and he lets the Jews go. The commentaries ask a very simple question. (Perhaps this question has come up at your Seder table on the first night of Pesach): Why did it take Ten Plagues for Pharaoh to say “enough!”? Hashem certainly had the power to give one strong plague at the outset that would have immediately brought Pharaoh to his knees and forced him to order the Jewish people immediately out of the country. And yet, there were the Ten Plagues. Why were they all necessary?

More to the point, we learn about the Exodus from Egypt in these parshiyos at the beginning of Sefer Shemos, but there was also another exodus in the history of the Jewish people called the Babylonian exodus. Klal Yisrael were exiled from their Land and dwelled in Bavel for seventy years. After seventy years, that exile also ended. How did that happen?

The Navi says that this happened because King Koresh [Cyrus] of Persia was inspired by the Almighty to suddenly grant the Jewish people permission to go back to Eretz Yisrael and rebuild the Beis HaMikdash. It says in Divrei HaYamim, “Hashem aroused the spirit of King Koresh of Persia, and he issued a proclamation throughout his kingdom – and in writing as well – saying: ‘Thus said Koresh king of Persia: Hashem, G-d of Heaven, has given to me all the kingdoms of the earth, and He has commanded me to build Him a Temple in Jerusalem, which is in Judah. Whomever there is among you of His entire people – may Hashem his G-d be with him, and let him go up!'” [Divrei HaYamim II 36:22-23]. Koresh felt that the Almighty had given him a mission to release the Jews, and have them rebuild the Beis HaMikdash (for which he in fact paid a large percentage of the expenses).

This could have happened in Egypt as well. Without any plagues, Pharaoh could have woken up one morning and said, “You know what? This is not right. I want to emancipate the slaves.” He could have emancipated the Jewish slaves, and instead of having a Lincoln Memorial, as there exists in Washington, D.C., we could have had a Pharaoh Memorial in Jerusalem. Why didn’t the Ribono shel Olam do it that way?

Rav Shlomo Kluger, in his sefer on Chumash, explains that the Almighty wanted it to occur the way it did. He wanted that Pharaoh should be obstinate rather than to be inspired to emancipate the Jews. Hashem wanted Pharaoh to be defeated in a prolonged battle of wills. He wanted Pharaoh to be “broken.” The Almighty did not entertain the possibility of releasing the Jews from bondage with anything less than ten plagues.

The Ribono shel Olam wanted Klal Yisrael to realize that “I am Hashem your G-d who took you out from the Land of Egypt to be for you a G-d. I am Hashem your G-d.” [Bamidbar 15:41]. Hashem wanted it to be clear that it was not anybody else’s doing. Such an “Exodus” cemented the relationship between Hashem and His People. Had Pharaoh given up after one plague, or had he been inspired, like Koresh, to let the people go, then we would not have this same relationship with the Ribono shel Olam, because we could say, “Listen, Pharaoh turned a new leaf.”

Come and see all the celebrations that were held at the Lincoln Memorial during the inauguration of America’s first Black president. The Black people in this country still feel a strong kinship and hakaras haTov to Abraham Lincoln. Why is that? He freed the slaves. He wrote the Emancipation Proclamation. He is recorded by history as the person who freed the slaves in this country. If our exodus from Egypt would have come about from the good will of Pharaoh, we would be me’shubad – indebted to the historical image of that Pharoah!

Hashem did not want that to be the case. As we read in last week’s parsha, “…and you shall know that I am Hashem your G-d, who took you out from under the burdens of Egypt.” [Shemos 7:7]. You are me’shubad [indebted] to me, and to nobody else. This event formed the relationship between Klal Yisrael and the Ribono shel Olam.

Hashem allowed such a “Geulah” [redemption] to be inspired by Koresh because it was not such a “big deal.” However, Mitzrayim’s Exodus was the paradigm of our relationship with Him. This was the marriage of the Jewish People with the Ribono shel Olam. This had to be a “big deal” such that it was implemented with the philosophy of “I and not a Malach; I and not a Saraf” – nobody else.

Rav Pam writes, “Why is it that the Nations of the World hate us so much? Why is Sinas Yisrael so apparent?”

Hashem wants us to clearly understand that our redemption will not come from the righteous amongst the nations. We should not deceive ourselves into believing that this is “from whence our help will come” [Tehillim 121:1]. The subliminal message we should be hearing from the Almighty is that “I am going to take you out of this Galus, and nobody else is going to help.”

Rav Pam asked, “What is the purpose of the United Nations?” Other than being a forum to bash Israel, what has it accomplished?” He cites the Talmud in Avodah Zarah [2b]: In the future time when the Moshiach is going to come, the nations will come and say, “We were so good to the Jews. Many bridges did we build; many roads did we pave; we built many cities. We did all this for Israel. We did this for the Jews so that they could occupy themselves with Torah. Now we are here to claim our reward.”

The Almighty will “give it to them.” He will call them out on all their lies and falsehoods.

Rav Pam says that this is the purpose of the United Nations. Every debate is recorded. Every vote against Israel is recorded. Every vote against the Jews is recorded. In the future world, when the representatives of the nations will come and claim, “All we have done is for the welfare of Israel,” the Almighty will take out the United Nations roll call votes, and prove to them that they are liars and fakers when they make such claims. “Liars! You did not act on behalf of My People. You hated My People!” Now is payback time. This is what will happen in the future world – just like it happened in Egypt. Not through a Malach and not through a Saraf – but only through the Holy One Blessed be He, in all His Glory.