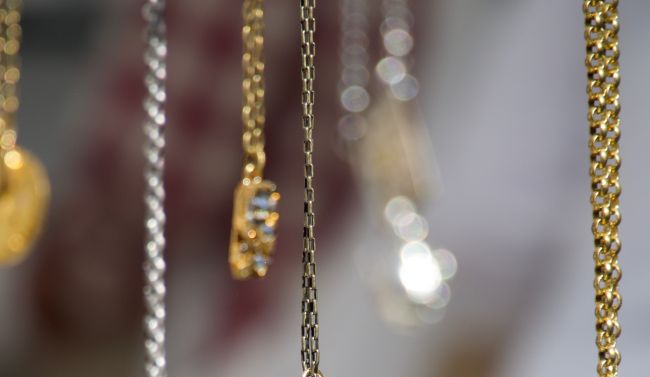 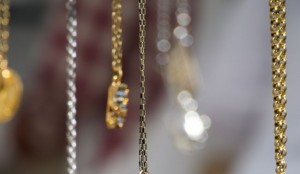 These divrei Torah were adapted from the hashkafa portion of Rabbi Yissocher Frand’s Commuter Chavrusah Tapes on the weekly portion: # 1022 – Can the Rabbi/Chazan/Rosh Yeshiva Give His Position To His Son?  Good Shabbos!

The Linkage Between the Choshen and the Ephod

The Torah teaches in this week’s parsha “…And the choshen shall not be detached from upon the ephod” [Shemos 28:28]. Two of the eight garments worn daily by the kohen gadol in the Beis HaMikdash were the choshen [breastplate] (which was worn over the chest of the kohen gadol) and the ephod [apron].  The choshen was attached to the ephod, and there is a Biblical prohibition to remove the chosen from being upon the ephod.  The Talmud [Yoma 72] specifies that anyone who removes the choshen from the ephod receives lashes.

Rav Moshe Feinstein, zt”l and Rav Yaakov Kamenetsky, zt”l ask the same question, but they give different answers.  The question is as follows:  The Talmud in Zevachim teaches that each of the eight garments the kohen gadol wore atones for a specific aveyra [sin].  For instance, Chazal say that the ephod atoned for idolatry.  On the other hand, the Gemara says that the choshen atoned for judicial corruption.  Both Rav Moshe and Rav Yaakov ask that these two aveyros [sins] seem to be very disparate matters.  Avodah zarah has seemingly nothing to do with the corruption of the judicial system.  Yet, the fact that the Torah says the choshen cannot be separated from the ephod apparently implies a strong connection between these two items.

In his sefer Darash Moshe, Rav Feinstein explains the connection as follows: Avodah zara is an aveyra involving lack of proper belief in the Master of the Universe.  An idol worshipper obviously does not believe in the basic principle of monotheism:  “Hashem Elokeinu, Hashem Echad.”  A person who corrupts judgment and manipulates the halachos regarding proper judicial decisions in monetary cases is obviously doing this because he feels he needs to win the case because he needs the money.  He will stop at nothing to win the case.  Why does that happen?  It is because he is not a real believer.  A true believer would not have the mentality “I need the money, so I must disregard the principles of proper Jewish jurisprudence.”  The true believer knows that “one’s sustenance is allocated for him on a fixed basis from one Rosh Hashannah until the next Rosh Hashannah.”  No matter what a person tries to do in the course of the year, he will receive this set amount, and he certainly will not be able to make more money by violating the laws of halachik judicial process.  If I win my case, I win; if I lose I lose — but in either case, the Ribono shel Olam will give me what I deserve, no more and no less.

That is why, says Rav Moshe, the choshen may not be removed from the ephod.  There is a connection between avodah zarah and corruption of the law.  Both of them indicate a lack of emunah.

Rav Yaakov Kamenetsky takes a different approach.  Rav Yaakov quotes Rav Nissim Gaon’s introduction to Shas:  Avodah zarah is an aveyra involving eevus ha’yashrus [corruption of integrity].  As Rav Nissim Gaon writes, avodah zarah is a logical command (mitzvah sichlee).  If a person looks at the world “straight,” he will come to the incontrovertible conclusion that the sun, the moon, the stars, the silver, and the gold cannot be in charge.  Anyone who is enamored with the idea that such items can be “in charge” of the world has, by definition, a deficiency in his power of reasoning.  A logical mind must come to the conclusion that the philosophy behind idolatry is faulty.

On the other hand, Chazal say that Aharon was awarded the privilege of wearing the choshen on his heart because when Moshe was afraid to become the leader of the Jewish people (and thus possibly offend his older brother), G-d told Moshe, “Do not worry. Your brother Aharon will greet you and be glad in his heart.”  Aharon did not have a scintilla of jealousy in his heart.  He was sincerely overjoyed at the fact that his younger brother was chosen for this leadership role.  As a reward for the genuine happiness in his heart, Aharon was given the privilege of wearing the choshen on his heart.  So, Rav Yaakov explains, the choshen represents middos tovos [good character traits].

This, then, is the connection between avodah zarah and middos tovos.  Avodah zarah represents a crooked thought process, which many times is a function of not having good middos.  When a person has poor character traits and has to reconcile and rationalize his behavior, he will think in a crooked fashion in order to rationalize his actions.  The person with a pure heart and good character traits will not be “crooked” (krum in Yiddish).  Midos tovos will protect a person from going astray and thinking krum.  Therefore, the choshen worn over the heart (representing midos tovos) should not be removed from the ephod (representing correct judicial rulings).

Rav Yaakov concludes with the words, “Take careful note of this for this is a great principle in the service of G-d.”  Middos tovos will keep a person “straight” and bad middos will allow a person to pervert that which straight logic would tell him is correct.

What is the Lesson of the Megilla’s Last Pasuk?

The very last pasuk [verse] of Megillas Esther says, “For Mordechai the Jew was viceroy to King Ahasuerus; he was a great man among the Jews, and found favor with the multitude of his brethren; he sought the good of his people, and spoke for the welfare of all his seed.” [Esther 10:3]  Rav Shlomo Alkabetz (author of the Lecha Dodi) wrote a sefer on Megillas Esther, called Manos haLevi.  (In fact, Rav Shlomo Alkabetz distributed the Manos HaLevi to his friends together with his “shalach manos“.)  In the Manos HaLevi, Rav Alkabetz  asks why the aforementioned pasuk is the last pasuk in the Megillah.  After listening to the ten perakim [chapters] of the Megillah for 45 minutes, why is this pasuk the fitting conclusion of the whole story of the Megilla?

More pointedly, what is the expression “ki Mordechai haYehudi?”  Under normal circumstances, “ki” means
“because,” which implies that what follows is the answer to a question.  The Manos HaLevi wants to know what question is being answered.  He explains that this pasuk is indeed the “answer” to the entire Megilla that was just read.  What is the question that this is coming to answer?

There is a big question that we can ask about the story of the Megilla.  If we would have been in Shushan at the time of the story, I really doubt whether we would have listened to what Mordechai had to say.  If we analyze the story, the person who seemingly caused all the problems that threatened the Jewish community was none other than Mordechai haYehudi!

As a result of the refusal of this one person to bow down, the whole decree of Achashverosh to exterminate the Jewish community, from young to old, was triggered.  In fact, Chazal say that the Jews of the time criticized Mordechai, telling him, “You are sending us before the sword of the wicked Haman because of this unbending, obstinate, irrational, fanatic behavior of yours.  You are going to get us all killed.”  That is, in fact, what almost happened.

So, when Mordechai later comes and rallies the people to be strong in the face of the decree, why do they listen to him?  Did he not lose all credibility as a trusted leader?  Would the people not be inclined to tell him, “We told you so!  It is your fault that we find ourselves in this predicament in the first place!”  Would we not expect the masses to send him off to some corner of the country, and leave them alone to somehow try to dig themselves out of the mess he created?  Why did they listen to him?  Would we listen to such a person nowadays, under similar circumstances?

The answer is introduced with one word – the word that introduces the last pasuk of the Megilla:  “Ki…” (Because…)

This can be explained by an insight of the Ponnivizher Rav in Parshas Vayeitzei: When Yaakov came to the well at that fateful meeting with Rochel, the pasuk says, “The shepherds came to the well and rolled the stone off the opening of the well…”  Yaakov confronted them and asked them, “My brothers, what are you doing over here?  It is not the time of day when you should be bringing in the flocks.  Why are you quitting work in the middle of the day?” [Bereishis 29:2-7]

The next time you drive by a construction site and you see a whole bunch of workers looking at the hole in the ground, doing nothing, smoking and schmoozing, try pulling over your car and rolling down the window and saying to them, “Hey guys, listen, you are on tax payers’ money. You should be working now.  What are you doing over here?”  You had better not stick around for the answer.

And yet, Yaakov Avinu gives these herdsmen mussar, and they respond politely to him.  They explain their circumstances to him.  What is the explanation?  The Ponnivizher Rav explains, it is because Yaakov used one word “achai” [my brothers].  This word was not rhetoric.  It was not just a figure of speech.  They sensed Yaakov Avinu’s concern for them.  He is a stranger giving them mussar, but they felt this kinship and closeness to him, such that they were willing to accept his chastisement.

That was Mordechai’s secret as well.  He stood on his feet in the midst of the community and said, “My dear brethren, all the gates are closed, except the Gate of Tears.  Look at the people of Ninveh.  Let us take them as our example, and let us fast and repent.”  Mordechai rallied them, but he rallied them with words of endearment, calling them “My brethren,” and showing his concern for them.

Perhaps the people felt that Mordechai made a mistake originally. Maybe they did not understand what he did or why he did it, but they knew that it must have been for their benefit.  When you have a sense of closeness with someone, when you feel that he loves you and is interested in your welfare, you cut him slack.

This is what the climax of the Megilla is teaching.  Do you want to understand the whole story here?  How could it be that if they believed that Mordechai got them into the trouble they were facing, they still listened to him?  The answer is “BECAUSE Mordechai haYehudi, the viceroy to King Achashverosh, and the leader of the Jewish people, was beloved by all; he sought the welfare of his nation and spoke peace to all his descendants.”  Because he was beloved by all, and they knew that he was always seeking their welfare — that is why they listened to him, despite his having potentially been the source of their problem.  When such a relationship exists, the person is cut a lot of slack.  That is what the last pasuk of the Megilla is coming to explain.