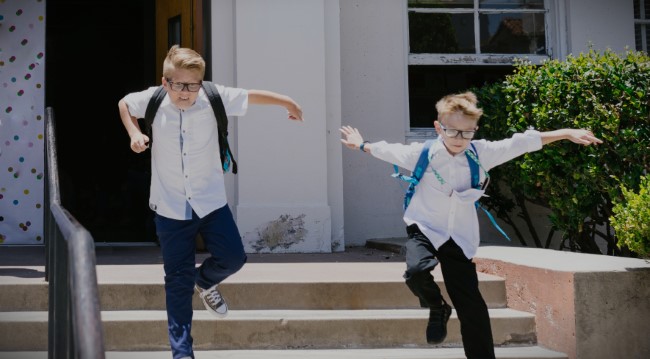 How Was Your Day in School? 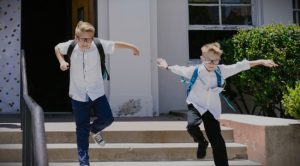 HASHEM said to Moshe, “Go up to this mountain and see the Land that I have given to the Children of Israel, you shall see it and you shall be gathered unto your people, you too, as your brother Aaron was gathered in…” (Bamidbar 27:12-13)

Essentially Moshe is being told that he will die as his brother Aaron had just died and it is time to prepare a replacement. What we call death is described as being “gathered unto your people” or “gathered in”. This is not the first time we have such a description of what dying is.

It sounds like there is some kind of family reunion that awaits Moshe. It’s fascinating. We are left curious wondering why is there not more mentioned about the “next world”?! It seems death as described here is only a departure from this realm. In that case there really is no such thing as death, or is there? Why is there such a premium in Torah law and life on creating and affirming and saving life in this world? What makes the loss of life so tragic? What makes the living of life so precious?

There are a number of important approaches to explain why the Torah does not speak in detail about the next world. The Rambam explains that it is a spiritual realm that we have no vocabulary or frame of reference to comprehend what it really is because we are creatures of a physical world. It would be like trying to discuss colors with a blind person who has never seen the light of day. I heard it explained once that it is like trying to explain fire to a fish. Surely, a fish can see some light filtering through the water as he approaches the surface and he can feel some warmth as well but he cannot know the true magnitude of the sun’s light or fire’s heat. His natural environment, water precludes the possibility of him understanding what fire is really all about. The only time he will be able to grasp it is when it’s too late, when he is caught, filleted, and on the grill, and so the verse says, “no man will see Me and live…” (Shemos 33:20)

One approach of the Chovos HaLevavos is that the reward of Olam Haba is not a quid pro quo. It’s not a business deal. It’s a relationship with HASHEM.

He explains, the Next World is dependent upon the extent to which one activated his “Duties of the Heart”. Imagine a husband coming home with a beautifully wrapped diamond ring on his wife’s birthday. The ring is worth many thousands of dollars. Instead of humbly presenting the gift with a thoughtful note or an endearing, sincere declaration, he slams the gift angrily on the table and shouts in a brutish tone, “You like diamonds? Here a diamond! See if this makes you happy.” No doubt his wife will go running into the bedroom and blockade the door for safety. Why!? He gave such a big diamond!? It was expensive and it was wrapped perfectly!? We know the answer. The attitude was sour. The personal part of the presentation was heartless. The Talmud tells us, “HASHEM wants the heart!”

The name for the Next World tells the whole story, “Olam Haba”. It is “the world that comes”, literally. It is not another world in another place. It is a realm that reveals, expands upon, and explains what we did in the hidden world in which we live.

The death that Moshe would merit like his brother Aaron (and Miriam too) is called the Misa she Neshika – “the kiss of death”. This is not the mafia’s version of the kiss of death. Tractate Brochos tells us that there are 903 types of death based on the Possuk in Tehillim, “L’Maves Totzaot” – “To death there are goings out”. The numerical value of Totzaot is 903. The harshest one is called Askara. It is like extracting thorns from wool. The body and soul are so enmeshed that as Neil Sedaka sang, “breaking up is hard to do.” The lightest form of death is “al pi HASHEM” by the mouth of HASHEM, the kiss of death. It is like pulling a hair out of milk. One of my Rebbeim asked, “Since when is the body compared to milk and the soul to a hair? It should be the other way around.” He explained that that is exactly the explanation. The soul is milk and the body is a hair. To the person who lived as a soul with a body in this world, death is like when the bus door opens up and a child sees his adoring father standing there waiting for him. He goes running off with excitement into the loving embrace and the kiss of his father. “My son how was your day in school?