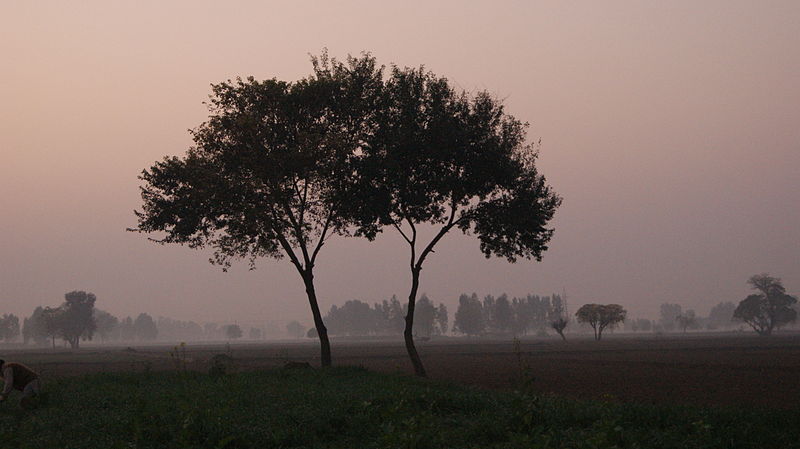 Two Approaches to a Redundancy 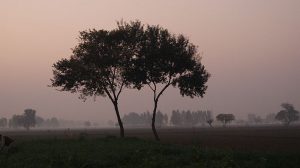 These divrei Torah were adapted from the hashkafa portion of Rabbi Yissocher Frand’s Commuter Chavrusah Tapes on the weekly portion: #1008 – “I Don’t Want You To Marry That Man” Must A Daughter Listen? Good Shabbos!

The Ibn Ezra suggests that the expression “Avraham holeed es Yitzchak” does not mean he gave birth to him.  Rather, holeed means he raised and trained Yitzchak (geedail v’reebah).  The Ibn Ezra cites other places where the verb holeed does not mean ‘gave birth to,’ but rather ‘raised and brought up,’ as in the pasuk “…even the sons of Machir son of Manasseh were raised (yooldu) on Yosef’s knees” [Bereishis 50:23].

Nevertheless, it remains somewhat strange that this is the only time in Chumash where the Torah finds it necessary to say that a father raised and trained his son. Of course we assume it, but nowhere else does the Torah explicitly mention such a fact. What, then, is going on here?

The Sforno in Parshas Lech Lecha, on the pasuk “Then Avram said, ‘See, You have not given me offspring, and see my steward inherits me'” [Bereishis 15:3] explains:  Avraham ‘complains’ to the Almighty that he has no children, and Eliezer, his servant, will inherit all that he owns. The Sforno elaborates that Avraham is stating a double ‘complaint’:  First, “I have no son to succeed me — to take over my financial and spiritual estate.”  Second, “even though I might eventually have a son, by that time I will be very old.  I will not be capable of raising a young son. I will not be able to train him to follow in my footsteps.”

The Sefas Emes in Parshas Lech Lecha comments on this theme as well. He notes that Avraham Avinu did not doubt that he would eventually have a son, as G-d promised him, but he was afraid that by the time this son would be born, he would be so old that he would not be able to give over to this son the essence of his life philosophy and life mission.  Every parent wants to give over to his offspring his values and belief system.  Parents spend almost a lifetime trying to give over to their children who they are, what they believe in, and what they feel their children should believe in — to carry on the traditions of the home.

The Sefas Emes derives this idea from the wording of the previous pasuk.  Avraham laments, “What can You give me, being that I go childless, and the steward of my house is the Damascene Eliezer (hu Damesek Eliezer)” [Bereishis 15:2].  Chazal [Yoma 28b] derive from the description of Eliezer (that he was from Damascus) an additional lesson, based on a play on the Hebrew word damesek. They say this teaches that he was doleh u’mashkeh m’Toraso shel Rabbo l’acherim — he drew up (the water of) his master’s Torah and gave from it to others to drink.  Avraham assumed that Eliezer would be the only one left to transmit Avraham’s values to others after Avraham’s departure from the scene.  True, he was a loyal servant, “but he is not me; he is not my flesh and blood.”

Avraham wanted his own child to give over the values that he nurtured and the worldview that he brought into existence, to the next generation.

Therefore, the Ibn Ezra explains, the pasuk at the beginning of Toldos emphasizes that the Almighty kept His Word to Avraham.  Not only did Avraham have a son (Eleh Toldos Yitzchak ben Avraham), but even more than that, Avraham holeed es Yitzchak — he was able to raise and train his son so that he could faithfully follow in his father’s footsteps.  That is why the Torah goes out of its way here, and only here, to tell us that — contrary to his own expectations — Avraham was able to raise and train his son Yitzchak to become not only his financial heir but his spiritual heir as well.

Rashi (based on Bava Metziah 87a) has another approach to this question: The scoffers of the generation said that Sarah became pregnant from Avimelech (“Look, all these years she lived with Avraham and could not have a child; now after she briefly stayed in Avimelech’s palace, she suddenly became pregnant!”).  Therefore, to demonstrate this cynical rumor as patently false, Hashem gave Yitzchak the identical appearance of his father Avraham.  This is what the Torah is teaching by repeating the idea “Avraham begot Yitzchak” — it was clear to everybody that Avraham was the father of his son Yitzchak.

There are a couple of problems with this interpretation of Rashi. First, why does it use the term “the scoffers of the generation” (leitzanei ha’dor).  “The scoffers” means the cynics — the people who always sit in the back of the shul making snide remarks.  Why are they called “leitzanim“, why are they not called “resha’im” [wicked people]?

Rav Pam explained that they were called leitzanim rather than reshaim because nobody believed this accusation for a minute.  It was a patently false snide remark.  It was common knowledge that Sarah’s infertility was not due to Avraham (who already had a child from Hagar).  The problem was with Sarah. If she gave birth to a child now at age 90, it was clearly a miraculous event, fulfilling G-d’s promise to her and Avraham that the two of them would have a son together.  No one treated the remark “Sarah became pregnant from Avimelech” seriously.  It was not a libelous remark of the wicked but a remark by scoffers who had no credibility.

The question then becomes — if it was such a patently sick joke that no one in the world believed it, why did the Almighty need to counteract the cynical remark by creating the miracle that Yitzchak looked exactly like Avraham?

Here we see a lesson in history. There is something called “revisionist history.”  This means that it is possible to live through a period of time, knowing full well the facts of an era — exactly as they happened.  Then, ten, twenty, forty, or sixty years later, people start saying “that’s not really the way it happened.”  Even though anyone who was there knows this “revisionism” is not true, people start creating a different perspective on history.

Here is an example of this phenomenon: When I was born, Harry Truman was President of the United States.  However, the first president I remember, once I reached an age where such things meant something to me, was Dwight Eisenhower.  When I was growing up, everybody thought Eisenhower was a lightweight, especially in those days when we were all Democrats.  Eisenhower was a Republican.  We thought he was an incompetent politician — he played golf all day, he did not take any initiatives, and the country was on autopilot.  These are my childhood memories of Dwight Eisenhower.

The truth of the matter is that, in retrospect, people did not give Eisenhower appropriate credit for his leadership. We must remember that he was the supreme commander of the Allied invasion of Europe, the greatest military undertaking in the history of the world.  A person cannot be an idiot, and still succeed as he did in that undertaking.

When the Nazis were defeated and the Allied soldiers entered the concentration camps, Eisenhower made his staff take pictures and movies of what they found. In 1945, he said, “I want history to record this.  We must get all this on the record now — the film, the witnesses, everything — because somewhere down the road of history, some (obscenity) will get up and say that this never happened.”

He said this in 1945. How can anyone be a “Holocaust denier”?  There are still people walking around today with tattoos on their arms.  This is history.  This happened.  Yet, there are people who get up today and say, “It did not happen.” This happens to such an extent that in the United Kingdom, there was a debate whether to include Holocaust studies in the school curriculum because “it offends the Muslim population who deny the existence of the Holocaust.”  How can one deny the Holocaust?

That is why if there is a value to all these Holocaust museums. The value is that they permanently record these factual events. I am not by any means a fan of Stephen Spielberg, but he is doing a favor to the world. He has set up a project to record people’s stories “in order that your generations shall know…” (based on Vayikra 23:43).

How can Holocaust denial occur? The answer is this phenomenon of revisionist history.  Even when confronted with incontrovertible evidence, such people try to minimize it by saying, “maybe it did happen, but maybe it was 6,000 people rather than 6,000,000 people who were killed.”  This is what can happen, and that is what this Rashi is telling us regarding the “scoffers of the generation.”

Claiming that Avimelech was the father of Yitzchak is patently ridiculous, but facts can fade with time. A generation might pass, two generations might pass, and then somebody will say, “You know what, the Jews are not really the Jews — they are not really the descendants of Avraham.  They are this tribe that was fathered by a king of Gerar named Avimelech.  Therefore, Yitzchak is not legitimate, Yaakov is not legitimate, and the twelve tribes are not legitimate.  The whole nation is illegitimate.

In fact, the Koran says that Avraham was about to sacrifice Yishmael, not Yitzchak. This is what they believe.  Rashi here says that the scoffers of the generation will one day say (even though they clearly knew to the contrary) that Sarah became pregnant from Avimelech.  This is why the Almighty had to step in and clear the record for all time (by making Yitzchak look identical to Avraham).

This Rashi is a testament to the unfortunate power of leitzanei hador — the scoffers of every generation — to twist the truth and to create “revisionist history.”  That is the reason for this significant redundancy in the opening pasuk of our parsha, in order to confirm for all time that indeed Avraham begot Yitzchak.