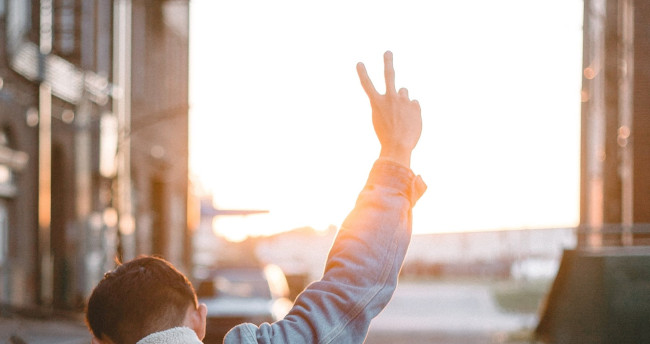 On Yom Kippur We Need Shalom 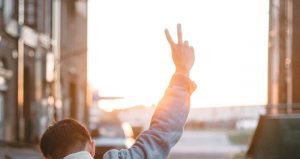 These divrei Torah were adapted from the hashkafa portion of Rabbi Yissocher Frand’s Commuter Chavrusah Series on the weekly portion: #1305 – The Case of the Esrog That Was Not As Advertised. Good Shabbos & Kesiva V’chasima Tova.

The Mishna concludes that following administration of this oath, the Kohen Gadol would turn aside and cry (that he was suspected of being a Tzeduki (member of the Sadducee sect, who rejected the Oral Law) and not carrying out the directions of the Ziknei Beis Din) and the elders of the Kohanim would turn aside and cry (for having to suspect the Kohen Gadol of such a violation, inasmuch as the Talmud says elsewhere (Shabbat 97a) that someone who unjustly suspects a worthy person will receive corporal punishment).

Throughout the period of the Second Beis HaMikdash, the Tzedukim promoted improper changes to halachic practices, including variations to the Yom Kippur service in the Bais Hamikdash. Unfortunately, there were many Kohanim Gedolim during portions of the Second Bais Hamikdash period who were adherents of the Tzeduki philosophy. Therefore, the Beis Din always needed to be on guard, lest the Kohen Gadol pull a fast one in the privacy of the Kodesh Kodoshim (where no one could observe his performance of the Yom Kippur ritual) and carry out the procedure there in accordance with Tzeduki interpretation. Inasmuch as even the Tzedukim were fearful of taking a false oath, this oath was used to preempt any attempt at corruption of Halacha, as proscribed by the Beis Din, which was under control of the Perushim (Pharisees) who accepted the Oral Law.

The Rambam (Hilchos Avodas Yom HaKippurim 1:7) elaborates on this Mishna in Yoma, explaining that the Tzedukim, who denied the Oral Tradition of Chazal, went with the literal interpretation of the pesukim in Parshas Achrei Mos. For example, they said that the Yom Kippur Ketores-incense should be placed on coals outside the Kodesh Kodoshim, and the Kohen Gadol should only enter the Kodesh Hakodashim when the cloud of smoke was already ascending from the shovel containing the incense. The mesorah of Chazal is that the incense should only be placed on the coals “Lifnei Hashem” – within the confines of the Kodesh Kodoshim.

When the Rambam describes the adjuration of the Kohen Gadol not to deviate from Chazal‘s prescribed procedure, he includes the fact that both the Kohen Gadol and those who adjured him turned aside to cry following the administration of the oath—he because he was suspected, and they because they feared they might be falsely suspecting a worthy person. The Rambam’s Mishna Torah is a Code of Jewish Law. It is not a history book. Why was it necessary for the Rambam to describe what (unfortunately) took place during the Second Bais Hamikdash era due to the concern of the Beis Din that Tzeduki philosophies might have infiltrated the practice of the Kohanim Gedolim of that era? May it be G-d’s Will that the third Bais Hamikdash will be rebuilt speedily in our day and we will re-institute the Yom Kippur Service according to halacha. There will not be any Tzedukim during the time of the Third Bais Hamikdash! Their existence was a historical phenomenon that occurred during the period of the Second Bais Hamikdash, which will never occur again. The Mishna needed to describe what happened because the Mishna was describing the entire order of Yom Kippur as it took place during the Second Bais Hamikdash period. But why does the Rambam need to mention the oath? Furthermore, why did the Rambam need to tell us that “they turned away crying”? Why do we need to know this fact, which has absolutely no practical halachic ramification?

The Mishna relates that there was an incident involving Rabbi Yehoshua where a stranger came to his house. Rabbi Yehoshua fed the fellow and gave him drink and offered him the guest room on the second floor, in the attic. The guest went up the ladder to the guest room at night. Lo and behold, in the middle of the night he took a bag and started stealing all the silverware from upstairs. He wanted to make his midnight escape. He descended the ladder from the second floor to the first floor. However, Rabbi Yehoshua (following the above stated advice) had removed the ladder. The “guest” started climbing down and suddenly realized there was no ladder. He fell to the ground with a loud thud, and was caught red-handed with the silverware that he was trying to steal from his host.

So we see that the Mishna strongly endorses this concept that if a person does not know about another person’s character, he should definitely be suspicious of him and—with all due respect—treat him cautiously and suspiciously. If so, what were the Ziknei Beis Din crying about? They had every right to administer this oath and be suspicious of the Kohen Gadol during the time of the Second Bais Hamikdash when Tzeduki heresy was widespread in Israel in general, and in the Priestly class in particular. Beis Din had an obligation to be suspicious! Many Rishonim ask on this Mishna in Yoma from the teaching in Maseches Derech Eretz: Why did they turn aside and cry?

The Tolner Rebbe raises these questions and suggests the following answer, based on an important teaching from the Sefas Emes:

The Gemara then relates that for the next thirteen years, Rav approached Rabbi Chanina each Erev Yom Kippur to ask for forgiveness. Rabbi Chanina refused to be mochel him. We are not going to get into why Rabbi Chanina was so upset and refused to forgive Rav, but those are the facts.

The Sefas Emes asks, why did Rav need to ask for forgiveness in the first place? Rav was in the right! He could justifiably tell Rabbi Chanina, “How many times do I need to restart my shiur? You were late for shiur. You were very late because there were already three people ahead of you who were also late for shiur! Restarting for them was a midas chassidus. I am not obligated to repeat such a midas chassidus over and over again, troubling the entire audience for the sake of latecomers!”

The Sefas Emes answers with a very important principle: The entire year, if you are 100% in the right, you are not obligated to ask for forgiveness. But Yom Kippur is different! On Yom Kippur, you are obligated to ask for mechila even if you are right and the other person is wrong. Why is that? It is because we read in Tehillim (139:16) “…the days are created (yomim yutzaru) and not one of them (v’lo echad mei’hem).” There is a kri u’kesiv on this last phrase (v’lo echad mei’hem). Does the word v’lo end with an aleph (lamed aleph meaning no or not) or with a vov (lamed vov meaning him)? The kesiv (the way it is written) is with an aleph, meaning ‘and one of them’ (one of the days created) is not it. The kri (the way it is read) is lo with a vov.

The Tanna d’bei Eliyahu expounds: v’lo echad mei’hem is referring to Yom Kippur (the day which is not one of those other created days). There are 364 days plus one in the year. Yom Kippur is its own day. It is not a regular day. The Satan has no effect on us on this day. We are like Malachim on this day.

The Sefas Emes interprets v’lo ecahd mei’hem as follows: Yom Kippur needs to be a day of achdus (Jewish unity). We come together as Klal Yisrael with the Ribono shel Olam and we need to come together as a people as one unit. Normally, when someone does something to you and you are in the right and he is 100% wrong, you do not need to be worried about it. However, on Yom Kippur you need to try to accomplish something else—you need to try to bring everyone together. Therefore, even though you are in the right, you need to try to appease this other person, to create national unity.

This now also explains why the Ziknei Beis Din turned away to cry after adjuring the Kohen Gadol. We saw in Maseches Derech Eretz that it is proper to be suspicious! What was wrong with suspecting him, such that they needed to cry about it? The answer is that they were aware that their action caused pirud—disunity—in Klal Yisrael. True, they did what they were supposed to do, but they knew that inevitably, their actions would cause resentment in the (conceivably totally virtuous) Kohen Gadol. They cried because of the inevitable dissension they were causing in Klal Yisrael on Erev Yom HaKippurim.

Finally, the Tolner Rebbe says, we can now understand why the Rambam wrote this entire story. Although the story of the oath and certainly their turning aside and crying will not be at all relevant, please G-d, during the time of the Third Beis HaMikdash, the Rambam is trying to teach us this lesson. The reason they cried is because their action caused dissension on Erev Yom Kippur, and any dissension is not good at that time.

The lesson for all of us is that even though throughout the course of the year, we may have had issues with people—be it family, be it friends, be it neighbors, whoever it may be—even if we are 100% in the right, we need to try to make shalom in order to create this achdus. That is why it is important to know that “they turned aside and cried.” They did not turn aside and cry because they were wrong. They were doing exactly what they were supposed to do. But the fact is that they caused disunity, which we must try hard to avoid on Yom Kippur.

Chazal say that on Yom Kippur we are like angels. Amongst angels, there is no jealousy and no competition. That is the type of spirit we need to try to foster. Let bygones be bygones. So many times, people think, “I am in the right. I don’t need to ask mechila. He needs to ask mechila!” True. That is in terms of the laws of Mechila and the laws of proper behavior between man and his fellow man. But Yom Kippur is a different day. V’lo Echad Mei’hem. It is a special day—a day that unifies Klal Yisrael before the Ribono shel Olam and a day when Klal Yisrael needs to come together as one people, without jealousy, without competition, and without machlokes.