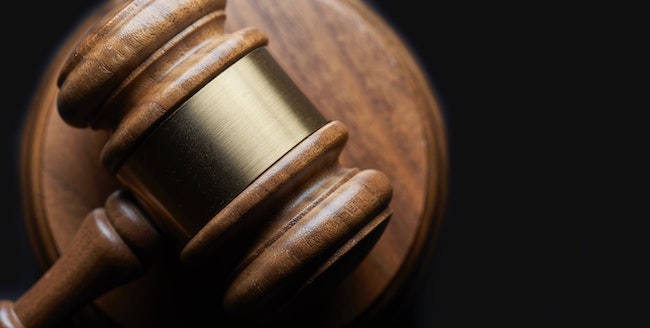 Pinchas Did Not Daven – He Engaged in Argumentation 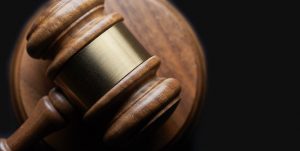 These divrei Torah were adapted from the hashkafa portion of Rabbi Yissocher Frand’s Commuter Chavrusah Tapes on the weekly portion: CD #1084 – The Kohain Who Killed Someone by Accident: Can He Still “Duchan”? The shuir will resume after the summer break. Good Shabbos!

A pasuk in Psalms says, “Vaya’mod Pinchas vaYefalel, va’Teaztar haMageifa” [Tehillim 106:30]. This is commonly translated “And Pinchas stood and prayed and the plague stopped.” However, the Talmud questions this translation of the pasuk: “Rav Eliezer says the pasuk does not say ‘vaYispalel’ [he prayed], but rather ‘vaYefalel’” [Sanhedrin 44a]. The nuance of this unique form of the root word, according to Rav Eliezer, teaches that Pinchas argued a case before the Almighty (translating the word vaYefalel from the word pelilim, which connotes judges and judgment [as in Shemos 21:22]). VaYefalel does not mean Pinchas prayed, but rather Pinchas presented a compelling case before the Master of the Universe, he contended with Him.

The Gemara presents Pinchas’ argument according to Rav Eliezer: “Because of these two people (Zimri and Kozbi), twenty-four thousand people should be killed? (And even more people were going to be killed before Pinchas ‘intervened’). It is not right!”

We can add an interesting observation. The Sefer HaIkrim from Rav Yosef Albo discusses a very fundamental question: How and why does prayer help? If a person is sick, Heaven forbid, that means that the Almighty ruled regarding this person that he should be sick. How then is prayer supposed to help? Is our intention to change the Ribono shel Olam’s Mind? Is the expectation that after we pray, the Almighty will say, “Do you know what? I never thought of that! I will change my decree regarding this person?” Obviously, when the Almighty does something, it is Perfect and Righteous. So what is the whole point of davening?

This explains something else, which with some understanding of a bit of the rules of Hebrew grammar, is most enlightening. The Hebrew verb for praying is mispallel, which is a reflexive grammatical tense (hispa-el). For example, it becomes similar to the expression Ani mislabesh – I am dressing myself – which is also a reflexive verb. However, why in conjunction with prayer is the verb reflexive (hispa-el)?

The answer is because the person who prays undergoes a metamorphosis of sorts. He becomes a different person. This is one of the theories of how prayer helps – it is because through your prayers and your intense communication with Hashem, you change! If that is the case, it is very appropriate why over here the verb form is not reflexive (hispa-el) but it is (pea-el), vaYefallel. Pinchas did not need to change. He was a Tzadik [righteous person]. Pinchas did not engage in prayer in order to change himself. Rather, he engaged in dispute and argumentation with the Almighty, as vaYefallel connotes the idea of Pelilus [seeking justice before Judges].

“Elokai HaRuchos” Is the G-d of Unique Spirits

When Moshe Rabbeinu was given the decree that he was about to die, in the spirit of all great Jewish leaders, he was not necessarily worried about himself, but requested that G-d appoint an appropriate successor to lead the Jewish nation. The language he uses, “Yifkod Hashem Elo-kai haRuchos l’chol basar, Ish al ha’Eidah” [May Hashem, G-d of the spirits of all flesh, appoint a man over the assembly] [Bamidbar 27:16], is itself somewhat peculiar. There is only one other place in Tanach where the Almighty is referred to by the unique formulation “Elokai HaRuchos l’chol basar” [G-d of the spirits of all flesh] [Bamidbar 16:22].

Chazal take note of this unique expression. The Medrash comments in this context: “Just as people’s faces are dissimilar to one another, so too their opinions are different one from another.” This is a very famous Chazal. No two people think alike, act alike, or have the same personality. People can share features and personality traits but no two people are identical. Every person has his own opinion, outlook, and perspective. This, the Medrash explains, is why Moshe invokes here the expression “G-d of the spirits…” You know what makes every single human being tick. You know how every individual is different. Your children each have their own opinion about matters. When I am now departing from them, I plead with You to appoint for them a leader who will be sensitive to the idiosyncrasies and uniqueness of every single individual. The leader should be able to relate to the whole spectrum of humanity that makes up Klal Yisrael.

Rav Shlomo Eiger asked, “Do you have anything against me because you do not like my face?” The assumption of course is that the fact that my face is different than your face should not bother you in the least. The fact that people’s appearances are different from one another does not bother anyone. On the contrary, everybody wants individuality. I do not want anyone looking exactly like me. Similarly, it should not bother anyone that another person does not think like him either! This is the idea that Chazal are trying to convey – just as people’s faces are different from one another and no one cares, so too their attitude about opinions should be the same. Why, then, are people so intolerant when someone else has a different view? Somehow, people cannot tolerate it when someone sees matters differently from them. “It has to be my way or the highway!”

I saw a second related observation from the writings of Rav Dovid Povarsky, zt”l: There are no two human beings in the world who look exactly alike. That means that even people such as fathers and sons, brothers, and even identical twins who basically look alike, there are always at least slight ways to tell them apart. Now consider, how many people have walked on the face of the earth since the beginning of time? Billions upon billions — and nobody looks the same.

Why is that? It is because we all have a different shoresh neshama [root soul]. Our physical bodies are a reflection of our souls. Since our souls by definition are different, our faces need to be different as well. This explains why (even according to those opinions that they have some type of pseudo soul) animals do not have different appearances. Have you ever looked at squirrels? Examine any two squirrels – they look exactly alike! Even cows who might have spots or markings distributed differently over their bodies, is the face of one cow so different from the face of another cow?

The answer is that just as animals lack sophisticated souls with nuances of difference and variation, so too their outward physical manifestations similarly lack distinction and variety. Humans are totally different. Our opinions differ from one another and are not alike because our inner root souls are different from one another.