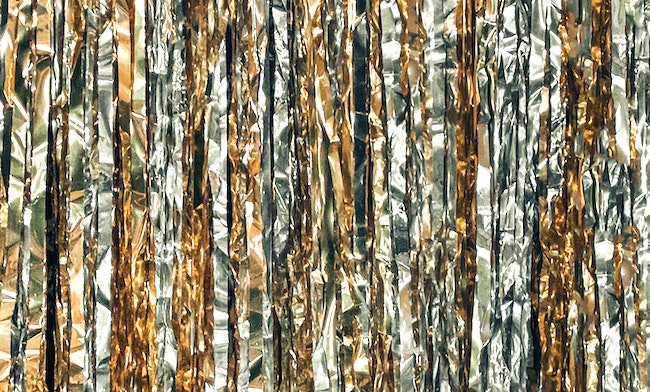 ALL the Silver & Gold 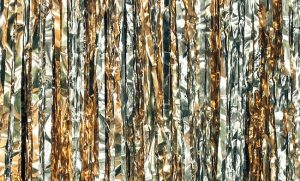 These divrei Torah were adapted from the hashkafa portion of Rabbi Yissocher Frand’s Commuter Chavrusah Tapes on the weekly portion: CD #1125 – Saying Kaddish For More Than One Person; Lo’aig Le’rash for Women? and CD #1126 – Must You Read K’rias Shema Yourself? Good Shabbos!

Chukas: An Answer for Which I Waited Over Fifty Years

I finally found an answer to something that has been bothering me for over fifty years! When I was in the eighth or ninth grade, our Hebrew teacher assigned us a term paper. The class members were supposed to summarize the opinions of a list of commentaries as to the nature of the sin of Mei Merivah. I believe there were over twenty different explanations as to what Moshe Rabbeinu did wrong at Mei Merivah. My assignment was to research the opinion of Rav Yosef Albo in his Sefer HaIkrim.

Rav Yosef Albo says that Moshe Rabbeinu had a golden opportunity here. There was no water. He should have taken the bull by the horn. He should have gone over to the Rock and said: “Rock – Give water!” Why should he have thought that would work? Because of the principle that “A Righteous person decrees and the Holy One Blessed Be He will fulfill his decree.” There is a rule “Tzadik gozer, v’HaKodosh Baruch Hu Mekayem.” Eliyahu HaNavi did this. He decreed that fire come down from heaven and consume his offering. Did he ask G-d beforehand? No. He did it on his own. Yehoshua bin Nun said, “Sun in Givon stand still, and the moon over the Valley of Ayalon”. He did not ask for advice or permission from the Almighty beforehand. He decreed and the Almighty fulfilled the Tzadik‘s decree. According to the Sefer HaIkrim, that was the sin of Moshe Rabbeinu. He had the opportunity to sanctify G-d’s Name by showing that the Almighty fulfills the decree of the Tzadik. He did not take advantage of this opportunity. In effect, that is a desecration of G-d’s Name.

The Meshech Chochmah explains that this was because Moshe Rabbeinu was different than every other prophet. When every other prophet received their prophecy from the Almighty, they literally fell into a trance. They lost bodily control. They were no longer in charge. So, when the Navi said something, everyone knew that it is not the Navi talking, it is G-d talking. The person could be lying on the floor having convulsions. He was not in charge—he was a conduit.

On the other hand, Moshe Rabbeiniu’s prophecy was “Aspaklaria haMeira“. He spoke “mouth to mouth” with the Almighty as a person talks to his friend. Therefore, Moshe Rabbeinu was afraid that if he would dare to “call the shots on his own,” he might be deified. He was afraid that people would make him into a god. By the other prophets, it was obvious they were not in control. Moshe Rabbeinu was in control, so he never ever did anything on his own, lest the people say, “He is G-d!” (We know that such things have happened in history.) Therefore, he did not act independently.

There is only one time in Moshe Rabbeinu’s career that he “took the law into his own hands” and acted on his own. That was in last week’s Parsha. Korach challenged Moshe Rabbeinu, “the entire congregation is holy, why do you take it upon yourselves to rule over the congregation of Hashem?” There, without asking the Ribono shel Olam, without seeking guidance from Above, Moshe Rabbeinu proclaimed, “If like all other men these men die, G-d has not sent me…” He proclaimed on his own “I am going to make a miracle. These people are going to die an unnatural death. The ground is going to open up and swallow them.”

Here he deviated from his methodology. Why? The Meshech Chochma says it was because at the time of Korach’s rebellion, there was no fear that the people would deify Moshe. On the contrary, he was being attacked, “Who are you? You are no better than anyone else!” No one could be accused of harboring thoughts that Moshe was a god when they were proclaiming that he had no better status than the rest of the nation.

Here Moshe was prepared to say, “Okay, I will show you! I am going to make a miracle on my own to prove that what you claim is incorrect.” That was Parshas Korach. However, next is Parshas Chukas and the people now realize that Moshe can take the law into his own hands and can change nature by his own decree. Suddenly, Miriam dies and there is no water, people are in the desert dying of thirst and they say to Moshe Rabbeinu, “We need water.” Moshe’s response is, “Nu, I need to ask the Ribono shel Olam what to do.” The people became disillusioned. “Oh, is that so? Last week in Parshas Korach when your honor was on the line, you did not ask any questions. You were concerned about your own kavod, so you made a miracle on the spot! Now when we are all thirsty, you suddenly need to stall and ask the Ribono shel Olam? There was a popular complaint against Moshe Rabbeinu.

That is what the Sefer HaIkrim means that this was a Chillul Hashem. “Since you did not believe in Me to sanctify my Name before the Children of Israel.” Just like by Korach, when your honor was on the line, you took nature into your own hands and made an open miracle, now that we are suffering and dying of thirst, you hold back your power… This, says the Sefer HaIkrim, was the complaint and was a desecration of G-d’s Name, for which Moshe was punished.

Balak: Reading the Fine Print in Bilaam’s Refusal to Go

There is a strange similarity between a pasuk in Parshas Balak and a statement in Maseches Avos. When Balak tries to entice Bilaam to come and curse Klal Yisrael, Bilaam at first refuses and says, “If Balak will give me a house full of silver and gold, I am unable to transgress the word of G-d.” This is strikingly reminiscent of a statement in the sixth chapter of Pirkei Avos, where somebody came to Rabbi Yossi ben Kisma and made him an offer that he seemingly could not refuse. A person approached the Tanna and invited him to come to his city to build a Yeshiva there. He made him an outstanding offer to which Rabbi Yossi ben Kisma responded, “My son, even if you offer me all the silver and gold and precious stones and jewels in the world, I refuse to live in any place other than a place of Torah.” [Avos 6:9]

Now, even though this sounds strikingly similar to what Bilaam said, Bilaam is condemned. Chazal take Bilaam’s statement as being an implicit hint to the officers of Moav that he would really like all that silver and gold, and that he thinks he is worth it. No one suspects Rabbi Yossi ben Kisma of intimating that for the right price he could indeed be convinced to come. What is the difference between the statement of Bilaam and, l’havdil, the statement of Rav Yossi ben Kisma?

Rav Yaakov Kamenetsky makes a very interesting observation: “If Balak will give me a house full of gold and silver… I won’t do it!” What about two houses? What about five houses? For one house? Nu! What is one house full of gold and silver worth? For that price alone, I will not consider coming. By specifying that a single house is the offer he refuses, he implies that if the price were right – then maybe there would be what to discuss.

This week’s write-up is adapted from the hashkafa portion of Rabbi Yissochar Frand’s Commuter Chavrusah Series on the weekly Torah portion. A listing of the halachic portions for Parshas Chukas is provided below: