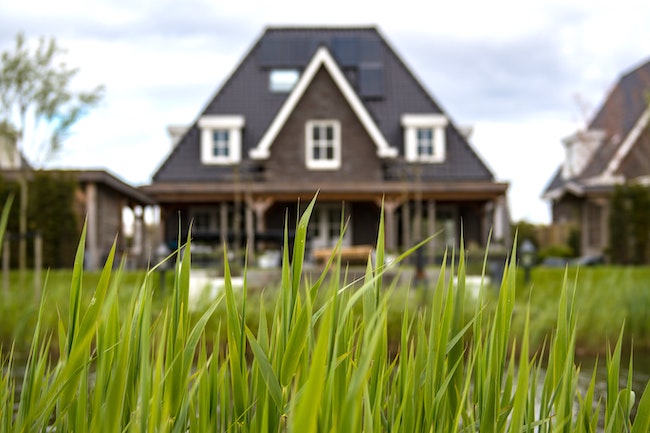 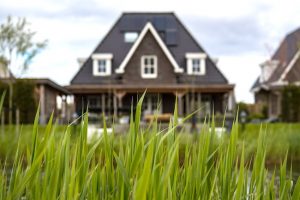 These divrei Torah were adapted from the hashkafa portion of Rabbi Yissocher Frand’s Commuter Chavrusah Tapes on the weekly portion: CD #1117 — Must We Honor Leviim as Well as Kohanim? Good Shabbos!

Parshas Emor begins with the pasuk: “Hashem said to Moshe: ‘Say to the Kohanim, sons of Aharon, and you shall say to them: to a (dead) person he shall not become impure among his people.” [Vayikra 21:1]. There is a redundancy in this pasuk in terms of the verb “to speak” (Emor). If first says “Emor el haKohanim” (speak to the Kohanim) and then “v’Amarta aleihem” (and say to them). The repetitious “and say to them” could have simply been eliminated.

The Gemara [Yevamos 114a], cited by Rashi here, derives the fact that the elders (gedolim) must warn the minors (ketanim) to observe these laws (of priests not becoming contaminated through contact with the dead) from that pasuk. This is one of three places where the Torah tells us that not only is an adult commanded to do a mitzvah or prohibited from transgressing an aveirah, but the parents of little Kohanim have a responsibility to make sure that they too should not become impure (tameh).

The other two places where the Torah teaches such a lesson are not places where this derivation is based on a redundancy in Scripture. For instance, with the halacha of Sheratzim (forbidden reptiles and creeping creatures) where the pasuk [Vayikra 11:42] says “Lo Tochlum” the Gemara’s exegesis is “Lo Ta-achilum” (rather than “Do not eat”, the pasuk implies “Do not feed” as well), applying this law not only to Sheratzim, but to all kinds of forbidden foods.

The third place where we have such a teaching is the pasuk “…Any soul from you shall not consume blood…” [Vayikra 17:12] where the Talmud again teaches “This implies that the adults must warn the children not to violate this prohibition.”

Rav Zalman Sorotzkin in his sefer, Oznaim La’Torah asks an interesting question: We see it is possible to teach this principle that “adults must warn their minor children” without resorting to redundancies. This was the case with forbidden foods and the consumption of blood. Why, by the prohibition of Tumas Kohanim, where the father needs to make sure that his young Kohen son also does not become ritually impure – is it necessary to articulate this detail with the redundant expression “Emor el haKohanim v’Amarta …”?

Rav Zalman Sorotzkin answers with a great truth of life. When raising children, as we all know, there are two main influences – the parents and “the street”. Parents try to inculcate and educate their children with the right values – the dos and the don’ts of how to behave. Society (“the street”), however, also has an undeniable influence on children. The main influence little children receive is from their parents. But as soon as the children become a little older and they start going to school, the parents are no longer their only influence. As soon as children mature a bit and become subject to peer influence and peer pressure, this too has a tremendous influence on them. In short, two things shape a child: (1) His home, his father and mother; and (2) His surroundings and environment.

Rav Zalman Sorotzkin says that when the street and the environment and the peers are teaching the same lesson as the parents, the Chinuch (education) the children receive at home is reinforced in the street and in the external environment. In such a case, the chances of being successful with the Chinuch of children is greatly increased. The children will not be hearing “mixed messages.” The parents are not saying one thing while the street says another. On the other hand, if someone’s society, class, or set friends have different values then parents will be fighting a very difficult war. Parents say one thing and the street says another.

However, it is different by “Tumas Kohanim“. If the father tells his son “You cannot play ball near the cemetery”, all the other children are playing ball near the cemetery. So, by the prohibition of Kohanim to come into contact with death-impurity, the “street” does not preach the same values as the Kohen. When someone has an eight-year-old child and everybody else is playing near the cemetery, the child will be under significant peer pressure to join his friends in their games. What is he going to do – tell his 8-year-old friends “I cannot go. I am a Kohen?”

There, says Rav Zalman Sorotzkin, the father needs to more forceful with his Chinuch. Therefore, the Torah here says “Emor…v’Amarta…” — to teach that the parents must emphasize an added level of education and explanation with their children. When the lesson is not going to be reinforced in the street, it is up to the parent to tell his son (Emor) and then to repeat it once again (v’Amarta).

Rav Yaakov Kamenetsky makes an interesting observation in his sefer: The Torah says “If the daughter of a man who is a Kohen will be defiled through having illicit relations, she defiles her father – she will be consumed by the fire.” [Vayikra 21:9]. A Kohen’s daughter who commits adultery – be it as a married woman or even as an halachically “engaged” woman – her death penalty is more intense than others who commit adultery. Whereas others receive “Chenek” (strangulation) for this crime, she receives “Sereifah” (forced drinking of molten lead).The Torah gives the reason for this stringency for a Kohen’s daughter:”For she has profaned her father.”Not only is she committing a sexual crime, but she is also defaming her own father.

Rav Yaakov quotes the Gemarah [Succah 56b] which states that the Priestly Family of Bilgah was punished.. When the Lechem Hapanim (Show Breads) were divided among the Kohanim, between the “Mimshmar” that was coming in and the “Mishmar” that was leaving, the Chachomim posed certain penalties and fines on the House of Bilgah. The Talmud explains that a Miriam from the house of Bilgah became an apostate. She married a Greek officer. When the Greeks entered the Bais HaMikdash, she went to the Mizbayach and began kicking it with her sandal. She yelled “You wolf, you wolf! How long will you consume the money of Israel and not stand with them in their time of need. The Temple service is a sham. People bring sacrifices. It is a waste of their money. You don’t help them when they need it.”

When the Sages heard about this incident, they fined the entire family of Bilgah and enacted the penalties against them, as mentioned in the Talmud. The Gemara asks why the rest of the family should be penalized for the sin of the daughter. Abaye explains – that this was in fact an appropriate punishment because that which a child says in the street, he or she must have heard at home from either his father or mother. Someone in the family must have been complaining about the fact that the Jews were bringing sacrifices and they were not getting proper “payback” from Heaven. They spend a fortune – what do they get out of it? The daughter did not invent this expression on her own. It was something she picked up at home. So far, we have been quoting from the Talmud [Succah 56b].

Rav Yaakov Kamenetsky makes an interesting observation: This halacha – “her father she defiles” and this incident involving the punishment of the family of Miriam daughter of Bilgah – is a phenonium that only exists by daughters! By sons, there is not such a concept of “his father he defiles”, no matter how mischievous or how off the track he may be! Similarly, a young girl who was illicit during her engagement (na’arah ha’meorassah) is “stoned by her father’s home.” Here again, this is only by a daughter. She shames her father and is punished by the entrance to his home. Why do we not find a similar phenomenon by sons?

Rav Yaakov answers that this is because in Biblical times (and up until recent history), the only chinuch (education) that a girl received was in the home. There was no “street”. There was no external environment from which she might learn. Think about it –- girls did not go to school! “The honor of the daughter of the King is inward.” [Tehillim 45:14] They spent their time at home. Therefore, if the daughter of a Kohen has illicit relations or speaks in a coarse fashion – it came from something she picked up at home. She has defamed her father! The parents are the clear culprits in her less than perfect upbringing. She did not pick this up at school or while playing baseball on the street. Girls grew up in a hermetically sealed environment called “home.”

In the Laws of Nesias Kapayim (the Priestly Blessing), it says “There are those who say that for a Kohen who has a daughter who converted or who engaged in illicit relations, there no longer exists on obligation (on Israelites) to honor him.” In other words, this daughter has “profaned her father” and he loses part of his stature as a Kohen. The Ramo cites this from the Mordechai. The Mordechai lived in the 1400s. In that era, if a girl came to convert or become sexually immoral, the likely source of the problem was from the home!

And yet, my friends, the Mishna Berura comments: “The later authorities (Achronim) write that nowadays we do not invalidate a Kohen for the apostasy or immorality of his daughter.” Why not? It is because perhaps in Biblical times and perhaps even in the time of the Rishonim such as the Mordechai in the 1400s, the parents could invariably be blamed for the how their daughter turned out.Today, the situation has changed.There are currently too many outside influences – even for girls – to place all the blame on what goes on in her parents’ home.The influence of the “street” was once limited only to sons.Today it impacts daughters as well.

I have one last observation from the Satmar Rav on the previously cited Gemara. The Gemara related the incident involving Miriam, daughter of Bilga, who converted and married one of the Greek officers. She married a Gentile and then verbally attacked the Mizbayach: “Lukas, Lukas.” She called the Mizbayach a money-waster. For this, her father’s family was punished.

The Satmar Rav made a very thought-provoking point: For her conversion and for her intermarriage, the parents cannot be entirely blamed. Sometimes a girl falls in love with a handsome and charming young man of another faith – it happens, Heaven Forbid. If she leaves Yiddishkeit? That is not necessarily the parents’ fault. But “Lukas, Lukas! How much longer are you going to needlessly consume the money of the Jews?” That is something she picked up at home. A young girl does not pick up such a mantra on her own. It came from her parents!

We cannot necessarily blame the parents for the other things – as horrible and as tragic as they are. But the vulgar speech, the blasphemy, a child’s attitude about the Holy Mizbayach – that must have come from the home and for that, the entire family is fined.