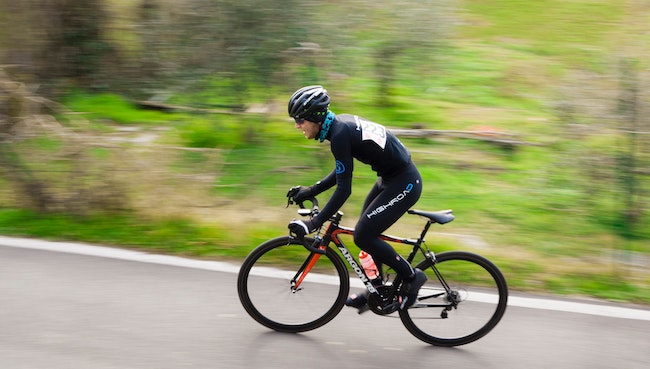 The Will To Do More Than Is Necessary Pleases the Almighty 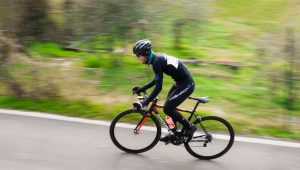 These divrei Torah were adapted from the hashkafa portion of Rabbi Yissocher Frand’s Commuter Chavrusah Tapes on the weekly portion: #1111 Paying the Baal Koreh/Chazan/Babysitter for Shabbos. Good Shabbos!

In Parshas Vayakhel, the pasuk says, “Moshe commanded and they proclaimed in the camp, saying, ‘Man and woman shall not do more work toward the portion of the Sanctuary!’ And the nation was held back from bringing. And the work was sufficient for them for all the work, to do it – and having a surplus.” [Shemos 36:6-7] Moshe let out a clarion call that there was nothing more to bring, and the people stopped bringing. They already had more than necessary to complete the job.

Rashi comments on the word “Vayeekaleh” (and the nation was held back): This is an expression of restraint (m’neeyah). I heard an observation from the Tolner Rebbe, shlit”a, explaining why the Torah in fact uses the language “Vayeekaleh” rather than using the virtually synonymous word that Rashi uses to translate “Vayeekaleh” (namely — the root word m’neeyah).

In fact, the root mem-nun-ayin that Rashi uses is much more common than the word “Vayeekaleh.” For instance, the expression Yakov uses in deflecting Rachel’s complaint to him: “…Am I in place of G-d who has restrained you (asher ma-nah mi’mech) from having children?” [Bereishis 30:2]. Likewise, we find this usage when Balak tells Bilaam: “Behold Hashem has restrained you (me’na-acha) from receiving honor” [Bamidbar 24:11]. In truth, there are numerous examples of each of these two synonyms. However, this is an interesting observation and the Tolner Rebbe explains this observation in a fantastic way.

The Medrash says in Parshas Pekudei, on the above quoted pasuk (“and the work was sufficient…”): Moshe came into Bezalel and saw that there was leftover material after the work of the Mishkan was completed. He asked the Almighty – “Master of the Universe, we have completed the work of the Mishkan and have leftovers – what should we do with the leftover money?” The Medrash continues: “The Almighty responded and said ‘Go make with them a Mishkan for the Testimony (Eidus)’.”

This is a very difficult Medrash to understand. The Mishkan is finished. Everything is complete. Bezalel tells Moshe they have a surplus. Moshe goes to the Almighty and asks what he is supposed to do with the surplus, and Hashem says to make a Mishkan for the Eidus. What is that supposed to mean?

The Yefei Toar on the Medrash says that there was a shteeble next to the Mishkan. It was a small little synagogue, perhaps like a Beis Medrash. This is a very difficult interpretation. So what does it mean that the Almighty instructed Moshe to take the surplus and make a “Mishkan l’Eidus“?

The Tolner Rebbe says that the Chidushei haRim (the first Gerer Rebbe) once heard a very interesting observation from the Rebbe, Reb Bunim: When a person does any type of mitzvah – whether it is giving charity or davening, whatever it may be – and the person has the desire and the initiative to do even more than he has already done – that gives the Almighty nachas Ruach. A person’s will to do more (when there is really nothing more to do) gives the Almighty a certain satisfaction of Spirit that is even greater than He receives from the basic act itself.

A person needs to have a Chassidishe soul to appreciate this insight: We say in davening (at the end of Yishtabach) “The one who chooses musical songs of praise” (ha’bocher b’sheerei zimrah). The Rebbe Reb Bunim would say, “ha’bocher b’sheeyarei zimrah“), meaning the Almighty chooses that which is left over from davening.

Most of us finish davening – especially a long davening – and say, “Baruch Hashem, davening is over!” However, if someone has a desire – if only I could daven more…. If after Yom Kippur, a person feels “I wish I could stay longer…” That is an example of “ha’bocher b’sheeyarei zimrah“, the One who chooses the leftovers of davening!

The Eliyahu Rabbah mentions the widespread Jewish custom to sing Adon Olam at the end of davening. Where does this come from? He gives a beautiful explanation: When we finish davening, the Satan says “Aha! Do you see? They are finished and glad to go home!” No. We want to stay. What is the proof that we want to stay? It is the fact that we remain by our seats to recite Adon Olam after davening concludes. Adon Olam appears at the beginning of the siddur. We start davening with it. Therefore, by reciting it after davening, we are proclaiming – I would really want to start davening all over again! The proof? “Adon Olam” – this is exactly where I began three hours ago! This is “ha’bocher b’sheeyarei zimrah“.

The Chidushei haRim says that what happened by the Mishkan was that the people wanted to give even more. Moshe Rabbeinu told the Almighty “There is left over! The people want to give more!” The Almighty says “Go and make of them a Mishkan haEdus. Now, I want to reside with them. This echoes the vort everyone says at the beginning of Parshas Terumah: “They should take for Me a donation and I will dwell in their midst” (not in its midst – i.e. the Mishkan’s midst; but rather in their midst – i.e. in the midst of the Children of Israel). Here too, the desire they have to keep on giving demonstrates that they were not satisfied with merely their basic donation (which sufficed to build the Mishkan completely). That is the meaning of the Midrash’s statement “Aseh ba’hem Mishkan ha’Edus” i.e. – make with them (the people), [not with “it” (the money)] a Mishkan haEduis. They will be the Mishkan. I want to be with them. The resting of the Divine Presence will be amongst those people who possess such a desire (chey’shek) to donate more and more.

The Malbim, who is a master of nuance of the Hebrew language, wrote a volume called Sefer haKarmel, in which he explains the differences between various similar words. He discusses the difference between the expression va’Yeekaleh (as it appears in Shemos 36:6) and the expression me’neeah (which Rashi uses to explain the word va’Yeekaleh). He says that va’Yeekaleh is used when by nature one would want to do more, but one is stopped from proceeding. The proof is that the Hebrew word for prison is “Beis haKe’lah” (kaf-lamed-aleph), as it appears in Bamidbar 11:28, where Yehoshua tells Moshe about Eldad and Meidad: “My master, Moshe, Kela-aim – throw them in jail!” Why? It is because a person is jailed against his will. I want to be free. They put me in jail – that is the “Beis haKe’lah“. The word “me-nee-ah,” on the other hand, says the Malbim, does not indicate stopping caused by an outside force, but rather it indicates something that stops on its own.

The Malbim explains that this is the interpretation of the Rashi in our Parsha. The Biblical word Va’Yeekaleh in the expression “and the nation stopped bringing” is appropriate because over here Klal Yisrael wanted to keep on giving. They did not want it to end. They wanted to contribute even more. The Almighty says this is literally a “shiyarei zimra” – this is what I love.

The Malbim cites parallel usage by the cessation of rain in Parshas Noach. The pasuk says, “The rain from Heaven was restrained.” (vaYeekaleh hamayim min haShamayim) [Bereishis 8:2]. Why? It is because the nature of rain is to descend. The Almighty had to hold it back, an act that went against nature. When the desire is there but outside forces stop it, the Torah uses the word vaYeekaleh.

With this, the Chidushei haRim gives an amazing interpretation of a famous Gemara [Bava Metzia 62a]. Two people are walking in the desert and one has a jug of water in his hand. If they each consume half the jug, they will both die. If one of them drinks the entire jug, he will be able to make it out of the desert to civilization (and the other will die). What does the person with the jug of water do? Does he share it with his friend and they both die or does he drink it all himself, giving himself a chance to live?

Ben Petura rules that it is preferable that they both drink and both die and not have one witness the death of his friend. The Gemara continues “…until Rabbi Akiva came and expounded: ‘And your brother shall live with you’ [Vayikra 25:36] – your own life takes priority over the life of your friend.”

The Chidushei haRim asks a question: What does it mean, “Until Rabbi Akiva came and expounded”? The Gemara does not frame this in the form of a standard disagreement between two Tanaim – Ben Petura says one thing; Rabbi Akiva says another thing. What do the words “ad she’ba Rabbi Akiva” imply?

The Chidushei haRim answers that when a person is in that type of situation, he is supposed to feel “I want to give you the water. My will is actually to share the water with you. I do not want to stand idly by and watch you die!” UNTIL RABBI AKIVA CAME ALONG and said you cannot do that! Without Rabbi Akiva’s teaching, I would have held – this is my will – to share the water. In other words, a person should not just view this as a machlokes Ben Petura and Rabbi Akiva and happily apply the principle that we rule like Rabbi Akiva over any individual colleague with whom he argues and thereby bid his friend farewell and drink the contents of the jug. No! He should want to share the jug! That should be his inclination UNTIL RABBI AKIVA CAME ALONG and gave him no choice because he taught, “your own life takes priority.”

This principle is that even if a person is prevented by outside forces – be it nature, be it halacha, be it the fact that no more supplies are necessary for the Mishkan, whatever it is – but the will and desire to do more than is necessary or more than is required should be there. This will and desire pleases the Almighty and it is about this will (to contribute even more to the Mishkan) that He said – take it and make with it (yourselves) a Mishkan l’Edus – the dwelling place of the Divine Presence in the sense of “And you shall make Me a Mikdash and I will dwell BACHEM.” I will not only dwell in the Mishkan, but I will dwell within you as well.