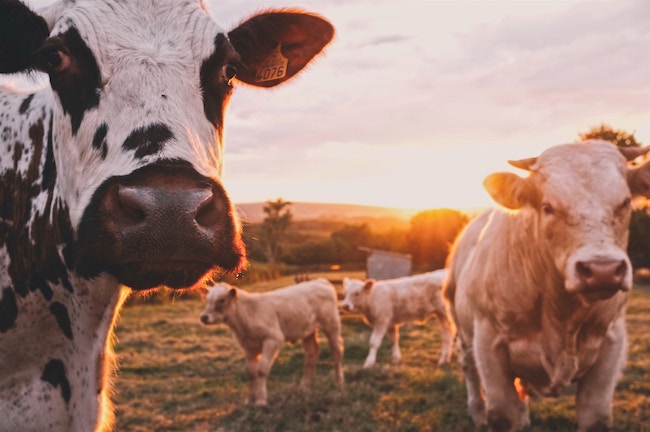 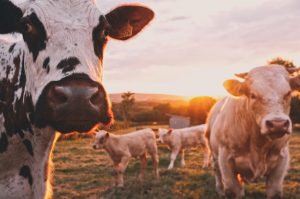 These divrei Torah were adapted from the hashkafa portion of Rabbi Yissocher Frand’s Commuter Chavrusah Tapes on the weekly portion: #1097 – Tefilas Haderech: How Long of a Trip? Good Shabbos!

The Ponevezher Rav Learns a Lesson from This Week’s Parsha

The Ponevezher Rav (Rav Yosef Shlomo Kahaneman 1888-1969) was once on a trip to New York. He was riding the subway when he found himself in a car with a bunch of hoodlums that he feared might have their eye on him with the intent of attacking him. Besides being an outstanding Talmudic genius and besides being one of the greatest fundraisers in the history of Yeshivos, it is clear from many stories told about him that the Ponevezh Rav was very fast on his feet as well.

The Ponevezher Rav was alone on a subway car with hoodlums eyeing him. He was in fact carrying a lot of money on him. What is he going to do? (Today we cannot imagine someone like the Ponevezher Rav travelling around New York City in the subway, but this story took place well over fifty years ago!) The Ponevezher Rav took out a slip of paper from his pocket that had an address written on it. He went over to these hoodlums and said to them “Can you help me find which stop I get off at for this address?”

The hoodlums wink to themselves and say, “We’ll take you there. Get off at the next stop with us and we’ll take you to that address.” The train pulled into the next stop, the doors open, the hoodlums walk out. The Ponnevezer Rav walks slowly behind them. He exits from the car, but as the doors are about to close, he steps back in and the train pulls away with the gang of hoodlums left behind at the station.

The Ponevezher Rav, in telling over the story, explained: “Where did I come up with this idea? I got it from Parshas Vayishlach!” How? Eisav said to Yaakov, “Come with me to Seir.” Yaakov agreed. He said, “Yes. I will go with you, but I need to walk at my own pace…” Eisav heads off to Seir and Yaakov is still headed there to this very day. The Ponevezher Rav said, “I learned from this incident in Chumash that in a time of danger, it is best to let the person think you are going with him and then you wave good-bye.”

This week’s parsha contains the famous incident when Yaakov was left alone with Eisav’s Guardian Angel (described by the Torah simply as a ‘Man’) and wrestling with him until dawn. This was an epic battle of great symbolism. The Torah states that they fought the entire night. Finally, Eisav’s Angel touched Yaakov’s thigh while wrestling with him, causing Yaakov to limp away from the scene. The Torah records that because of this incident, “… the Children of Israel do not eat the displaced sinew on the ball of the thigh bone to this day, because he struck the ball of Yaakov’s thigh bone on the displaced sinew.” [Bereishis 32:33]. Because of this incident, we are prohibited from eating the Gid HaNasheh (sciatica nerve).

There are many different ways of explaining this incident. Virtually all of the commentaries see great symbolism in this epic battle. I do not know how many years I have been studying Chumash. Even as a student in day school, I imagine I learned Parshas HaShavua every year. It amazes me that after all these years of studying Parshas Vayishlach, I saw an explanation of the incident this week that I never saw before. I never even heard a hint of such an interpretation!

It is an explanation given by not only the Rosh, but also by the Chizkuni (who was also an early Chumash commentary), and by the Sefer Chassidim. The Chizkuni asks—what is the connection? Just because Yaakov fought with the Angel and was wounded there, we cannot eat the sciatica nerve?

So the pasuk, “therefore the Children of Israel do not eat the sciatica nerve…” has great implications to this very day. We are stuck, nebach, with the rib steak. It is very tasty, but it does not compare to porterhouse steak!

The Chizkuni explains that it is only right and proper that we cannot eat the Gid HaNasheh. Why? It is because the Children of Israel left their father alone and unprotected, as it says, “And Yaakov remained by himself…” [Bereishis 32:25]. What kind of business is this? Your father is Yaakov Avinu and you leave him alone? You let him cross the river at night by himself? Where are you?

The Chizkuni continues that the children were strong. They should not have let their father go unattended, but should have accompanied him to see if he was in need of any help. They failed to escort him and because of that, he was injured. From this point forward, this should be a reminder to them to fulfill with alacrity the commandment of accompanying someone who might face potential danger.

We need to pay the price because our ancestors failed to provide Yaakov with Levaya (accompaniment). There is a mitzvah called Levaya – to escort a guest. The Rambam writes [Hilchos Avel 14:2] “The reward of accompaniment is greater than all [the acts of kindness involving interpersonal relationships mentioned in the previous paragraph]…” They failed to do that, consequently we need to pay the price.

The Sefer Shabbos U’Moadim takes this idea and explains it on a deeper level. There is a sequence of events over here. Yaakov went back to get small vessels. He is left alone. The Angel of Eisav attacks him. The Angel of Eisav smites him on the thigh. Therefore, we cannot eat the Gid HaNasheh.

The Drashas HaRan explains why the Angel of Eisav came to attack Yaakov specifically now. It is because right now the Angel of Eisav is trying to retrieve the Blessings that were stolen from Eisav. The Saro shel Eisav did not forget Eisav’s complaint of decades earlier: “…He cheated me twice—he took my birthright and now he took my blessings…” [Bereishis 27:36]. He wants it back. Why now?

The Drashas HaRan points out that the story in Parshas Toldos—the day Eisav sold his birthright—was the day that Avraham Avinu died. Yaakov was cooking lentil soup to offer as a meal of consolation for his father, Yitzchak, who was in mourning. Eisav apparently was not around at the time of Avraham’s passing at all. His grandfather died. Eisav had learned Torah by him as a young boy. Where was Eisav that day? What kind of grandchild does not go to his Zeide’s funeral? Eisav was out in the field hunting that day. The Drashas HaRan says that Eisav did not even shed a tear for his grandfather. He was not distressed at the fact that his father was in mourning. He comes into the tent in a boorish fashion. When he sees his brother cooking lentils and his father sitting on the floor in mourning, one would think he would react with some kind of empathy or compassion. Instead, all he can focus on is, “Give me some of that red stuff you are cooking! I’m hungry!” What kind of an uncouth individual is this who has no respect for his grandfather or father!

When Yaakov saw the disrespect that Eisav showed to his father and grandfather, he recognized that Eisav was not deserving of the status of first-born. The whole status of the Bechor is based on the fact that the imprint of the father is most visible in his first-born son. Yaakov realized that clearly his brother Eisav did NOT reflect the essence of his father. Yaakov said, since I show compassion for my father and am comforting him in his hour of sorrow, I am more deserving of the birthright than Eisav. “Sell me, therefore, this status.” You are not the heir apparent of Yitzchak. I am! These are the words of the Droshas HaRan.

Yaakov’s entire claim why he felt he should be the Bechor is that he knew what Kibud Av meant. He honored his father, and he would teach his children how to honor their father. Therefore, the Angel of Eisav appears precisely at that time because Yaakov is left all alone. Where was their Kibud Av? Apparently, Yaakov never taught his children how to show proper respect for their father! Yaakov, your entire claim for taking the birthright from Eisav has now been undermined by your own children’s lack of concern for your welfare! You were worried that Eisav would fail in his mission of teaching his children; Yaakov, you failed in your mission!

Therefore, the Angel saw this moment as the proper time to wrestle back the birthright from Yaakov Avinu. The pasuk thus concludes, “Therefore the Children of Israel do not consume the sciatica nerve.” This is because the Angel was able to “touch Yaakov in the thigh.” What does the “thigh” represent? The Talmud states “Brah Karei D’Abuha“— children support the father. There is a Talmudic idiom to describe offspring as “Yotzai Yereicho“—those who emerge from his thigh.

The clap the Angel gave Yaakov on his thigh symbolized the fact that his descendants were lacking a proper quality. Consequently, it is appropriate that those descendants be punished somehow for their misdeeds and therefore they do not eat the Gid HaNasheh. We have to pay the price for not accompanying our father in his time of need.

This week’s write-up is adapted from the hashkafa portion of Rabbi Yissochar Frand’s Commuter Chavrusah Series on the weekly Torah portion. A listing of the halachic portions for Parshas Vayishlach is provided below: