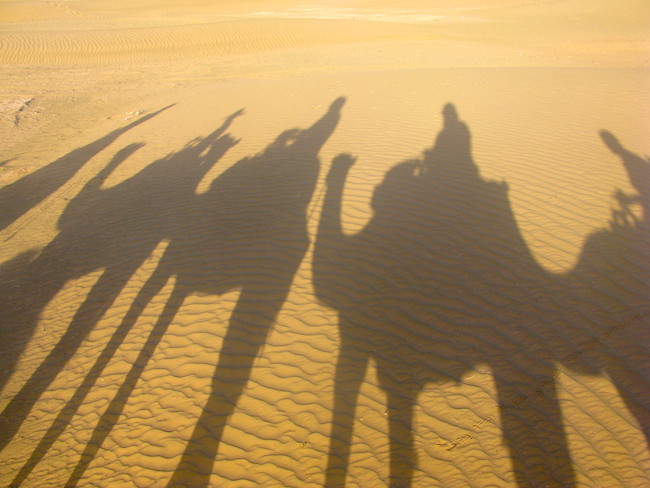 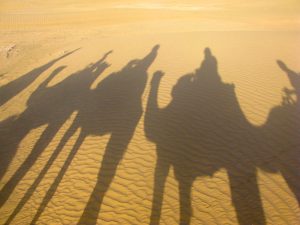 The Ramban in Parshas Lech Lecha and other meforshim elsewhere in Sefer Bereshis discuss the concept of Ma’aseh Avos Siman L’Banim. This basic idea teaches that while the narration of Sefer Bereshis seems to be merely “nice stories,” the reality is that the incidents that occurred to the Patriarchs of our nation—Avrohom, Yitzchak, and Yaakov—have profound effects on the rest of Jewish history. “Everything which occurred to the fathers happened to the sons as well.” That which the Avos experienced set the pattern and the template for what was destined to happen to Klal Yisrael for the rest of Jewish history.

For example, the Ramban points out the pattern (which does not take a genius to recognize) that when Avram went down to Egypt because of the famine, Pharaoh took Sarai, and as a result of that Hashem punished Pharaoh, who eventually sent Avram and Sarai away with great wealth. This is literally what happened with Yaakov Avinu and his children going down to Egypt because of a famine, and ultimately being sent out with great wealth after Pharaoh was punished. That which happened to the fathers, happened to the sons!

Some of the instances of the Ma’aseh Avos Siman L’Banim pattern are extremely obvious, like the case I just mentioned. Others are not so obvious. Perhaps we will only understand some of them in retrospect when the future redemption takes place and “history will be completed.” Tonight, I would just like to share what I think is a very chilling instance of this principle.

In this week’s parsha, Avraham comes back from the Akeida to learn that his wife has passed away. Avraham has the task of finding a suitable burial place for Sarah Imeinu. Chazal (at least according to some Rishonim) consider this to be the last of the Avraham’s “Ten Tests”. Whether it is the final test or not, Chazal are replete with the Ribono shel Olam’s appreciation for how Avraham Avinu acted in this incident.

I will cite just two examples of how Chazal look at what Avraham Avinu did here:

There is a famous Gemara in Bava Basra [16a]. The Satan approaches the Ribono shel Olam and tells Him “I have searched the entire world and I did not find another Tzadik like Avraham, for You told him ‘Arise – walk the length and breadth of the Land for I will give it to you,’ and yet, when he needed to bury Sarah he could not find a place to bury her (he had to buy it) and yet he did not question Your Ways.” (The Gemara then says that HaKadosh Baruch Hu asked the Satan if he had ever seen the righteous Iyov, but we are not getting into that story.)

Similarly, there is a famous Medrash (Shemos Rabbah), which Rashi quotes in the beginning of Parshas Va’Era. The Almighty appeared to Moshe Rabbeinu (after Moshe had complained to Him “…Why have You harmed this people, why have You sent me? From the time I came to Pharaoh to speak in Your Name he harmed this people, but You did not rescue Your people.” [Shemos 5:22-23]). Hashem responded: “I appeared to Avraham, to Yitzchak, and to Yaakov as Kel Shakkai, but through My Name Hashem I did not become known to them.” [Shemos 6:3].

The Medrash explains the deeper message in Hashem’s mentioning the Avos to Moshe Rabbeinu here: “Woe to people who are lost and who are never to be found. Many times, I appeared to them (the Avos) only with My “less miraculous” manifestation (Kel Shakkai) without making known to them My Name Hashem (which can change nature) and yet they never complained to Me despite all the troubles they encountered in life!”

Here again, the Medrash mentions that Hashem praised Avraham to Moshe, citing the fact that he had to pay an exorbitant price to pay for a gravesite for his wife, after having been promised that the entire Land would belong to his children – and yet Avraham never complained!

I heard an interesting question from Rav Issac Bernstein, a Rav in London England. He asks: Did Avraham Avinu really need to buy the Me’aras HaMachpelah? As soon as he went to Bnei Ches and asked for a place to bury his wife they told him “…You are a prince of G-d in our midst; in the choicest of our burial places bury your dead, any of us will not withhold his burial place from you, from burying your dead.” [Bereshis 23:6] It sounds like they were telling him “It is yours for free!” Avraham Avinu responded, “I want to pay for it!” So Ephron, once he smelled the money, started negotiating a price.

But Avraham did not have to pay for this! It was offered to him for nothing. Why didn’t he want to accept it? I can give you several reasons.

First, just like by the King of Sodom – Avraham refused to take anything that he did not pay for — “I do not want you to say that you made Avraham rich.” [Bereshis 14:23], so too here he did not want a free burial plot! In general, there is a principle — “He who hates presents will live.” [Mishlei 15:27].

Additionally, perhaps Avraham adopted the philosophy of the Brisker Rav. When Rav Yitzchak Zev Sovloveitchik was marrying off one of his sons, the proprietor of a Jerusalem catering hall came to him and said I want you to make the wedding by me and it will be free of charge. The Brisker Rav refused the offer and insisted on paying for it. He later commented “The most expensive way of doing something is getting it for free.” (When you get something for free, you wind up indebted to your benefactor. Then you really need to pay).

However, whatever Avraham Avinu’s calculations were to refuse the free gravesite, the truth of the matter is that it was offered to him free of charge. So what are these Gemaras and Medrashim telling us by pointing to Avraham Avinu who did not complain to G-d even though he needed to pay for a gravesite after being promised that the Land would belong to him?

Rav Bernstein cites an eye opening Pirkei D’Rebi Eliezer which mentions both of these teachings of Chazal and helps us understand the meaning of these Medrashim.

It says in Pirkei D’Rebi Eliezer that when the Malachim came to Avraham Avinu in Parshas Vayera and he wanted to slaughter a cow to make a meal for them, the cow ran away. The cow ran away…into the Me’aras HaMachpelah! Avraham ran after the cow and followed it into the ancient cave. When he went inside, he discovered Adam and Chava lying in the Me’aras HaMachpelah surrounded by lit candles with a fragrant aroma. He found them lying in exquisite serenity and suddenly felt spiritually inspired and uplifted by the site. At that moment he declared “This is where I want my wife and I to be buried!”

That is when Avraham Avinu first thought of purchasing the Me’aras HaMachpelah. When the time came to bury Sarah, he told the Children of Yevus (even though they were genealogically the Children of Ches as the Torah calls them Chitites, – since they lived in the city of Yevus, they were also referred to as Yevusim) that he wanted to buy the cave from them. They responded – we know that G-d is destined to give your descendants all this land, including our city of Yevus. Swear to us that you will not take the City of Yevus unless we give you permission! Avraham Avinu, the Medrash continues, agreed to the deal and signed a document to that effect. The inhabitants of Yevus took the document and made statues, which they put in the center of the city, to which they attached the document containing Avraham’s oath that his descendants would not forcibly take the City of Yevus away from its original inhabitants.

Generations later, when the Israelites approached the City of Yevus, they saw these statutes with the document and they therefore could not take the city away from the inhabitants, because of Avraham’s oath.

Yevus is Yerushalayim. The Chittim in effect told Avraham – “Ad chatzi haMalchus…” – it is all yours to have – but not Yerushalayim! For that Avraham had to make an oath and for that he paid.

What is the end of the story? The Jews could not conquer Yevus. At the end of Sefer Shmuel, Dovid HaMelech came to a fellow named Aravna haYevusi and he asks to buy Yevus from him, because the Jews were unable to conquer it as a result of Avraham’s shavua. That is the only way we got Yerushalayim. Dovid HaMelech the great-great (many times) grandson of Avraham Avinu had to pay to get Yerushalayim.

For 3,000 years, we have been fighting over Yerushalayim. That is what I mean that this is another example of Ma’aseh Avos Siman L’Banim. We know that Yerushalayim is the united and eternal capital of Eretz Yisrael. The Arabs say “No, this is our holy place also.” This is history repeating itself. The actions of the fathers foreshadow what will happen with their children. For 3,000 years, this has been going on – what will be with Jerusalem? Eventually, we got it and with G-d’s Help we are going to once again have it – without anyone contesting our right to exclusive ownership.