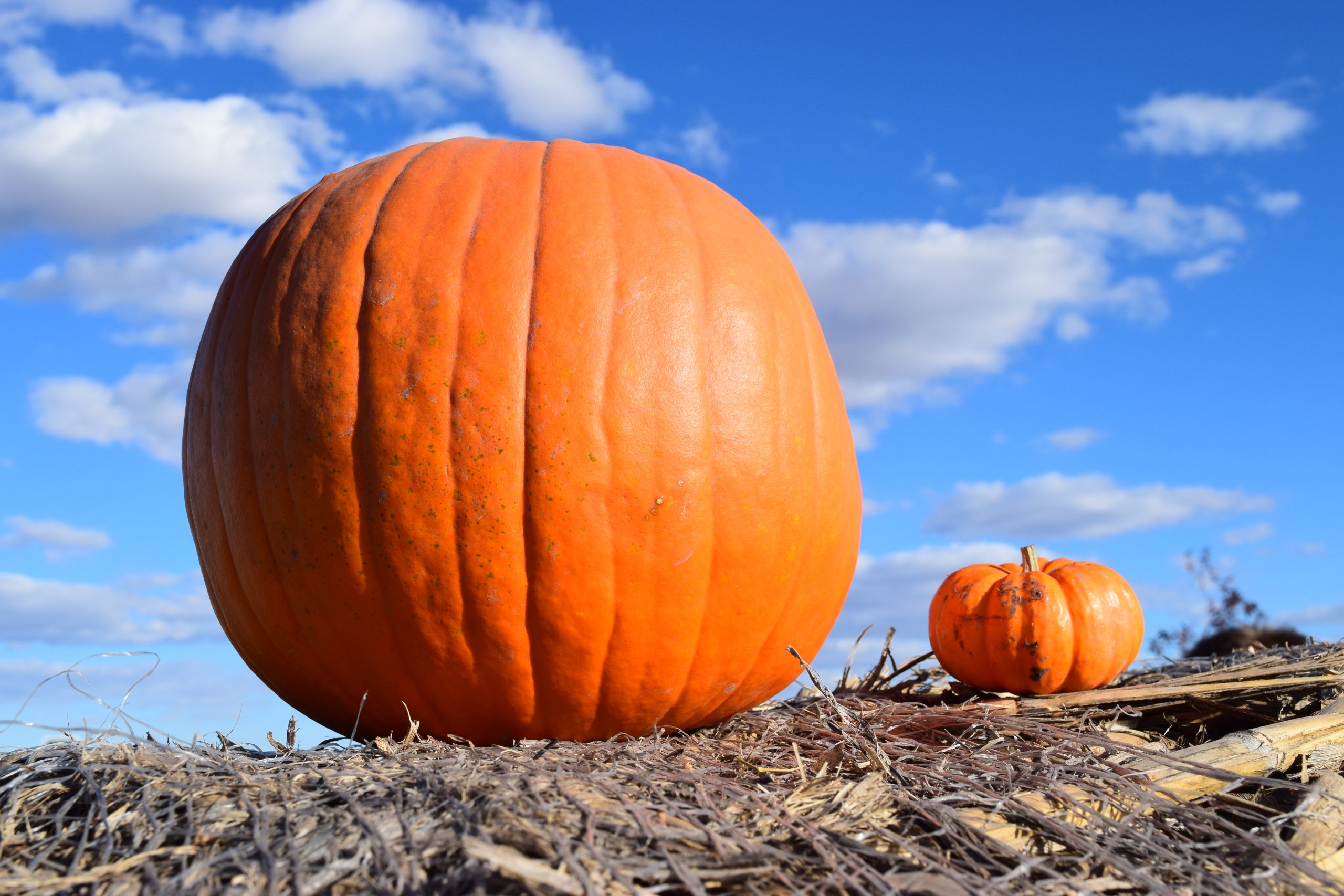 What Was the Kal V’Chomer? 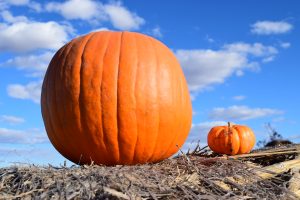 These divrei Torah were adapted from the hashkafa portion of Rabbi Yissocher Frand’s Commuter Chavrusah Tapes on the weekly portion: #1146 – Polling Place/AA Meeting in a Bais Avodah Zara – A Problem? Good Shabbos!

What Was the Kal V’Chomer?

Parshas Shemos ends with Moshe’s complaint to the Almighty: “Since I came to Pharaoh to speak in Your Name, he made matters worse for Your nation, and You have not saved Your people.” [Shemos 5:23]. In the pesukim at the beginning of Parshas Vayera, Hashem appears to Moshe and tells him to again speak to the Nation of Israel and tell them that they are on the verge of redemption. However, when Moshe does speak to Bnei Yisrael “they do not listen to him because of shortness of spirit and hard work” [Shemos 6:9].

At that point, Hashem tells Moshe to go back and speak to Pharaoh once more. Moshe responds with a Kal V’Chomer argument: “Behold the Children of Israel did not listen to me (even though this would be “good news” for them); how can I expect Pharaoh to listen to me (when this will be “bad news” for him) and I am of uncircumcised lips.” [Shemos 6:12]. Rashi notes that this is one of ten places where we find a Kal v’Chomer argument in the Torah.

Many commentaries point out that this Kal V’Chomer apparently has flawed logic: The pasuk explicitly states why Klal Yisrael did not listen to Moshe Rabbeinu. They did not listen because of “kotzer ruach v’Avodah kashe” (because of their depression and oppression). Pharaoh was a free man sitting in his palace. He might well be in a state of mind to pay attention to what Moshe was going to tell him!

This is a famous question that everyone asks. The sefer Ohr HaYashar answers very logically that the Kal V’Chomer is a legitimate Kal V’Chomer. Why? The truth of the matter is that in Parshas Shemos, when Moshe Rabbeinu came to Klal Yisrael, they did believe him [Shemos 4:31]. The Ohr HaYashar interprets the Kal V’Chomer Moshe argued as follows: “If the people who at one time believed me and were willing to hear my message – but now after my promises did not materialize and their situation has deteriorated, they no longer believe me, then certainly Pharaoh who never believed me in the first place, and on the contrary, was responsible for why it got worse – he certainly is not going to believe me now!

I saw a second interpretation in the sefer Darash Mordechai from Rav Mordechai Druk: He rejects the “pircha” (the question posed to destroy the logical argument). The “pircha” was – the Jews didn’t believe Moshe because they were oppressed slaves, but Pharaoh was a free man – he might believe Moshe. Rav Druk observes that Pharaoh was not a free man. He was almost as oppressed as the people were. Why is that? Pharaoh was oppressed because he was forced to live up to the image that he created about himself that he was a deity!

Chazal say that Pharaoh had a major problem in trying to portray himself as a god. Gods do not need to go to the bathroom and that is one problem Pharaoh could not solve. What did he do? Once a day, in the early morning, before anyone else got up, he went down to the Nile and took care of his bodily needs. Imagine that – he could only go once a day and he had to ensure that nobody else saw him! Pharaoh was as oppressed as Klal Yisrael. This is not being facetious. He was so obsessed with his self-image and the image that he needed to maintain – that he literally drove himself to self-torture. He had to watch his every move! Pharaoh too was a slave. He was a slave to his own visions of grandeur. So, if Bnei Yisrael could not listen to Moshe because of their status as slaves – all the more so Pharaoh, who suffered a more intense force of slavery, would not be able to listen to Moshe!

After Pharaoh begged Moshe to remove the plague of Frogs from Egypt, “Moshe cried out (Va’Yitz’ak Moshe) to Hashem concerning the Frogs He sent to Pharaoh” [Shemos 8:8]. The Torah does not use this expression of Va’Yitz’ak by the other plagues. The Torah says that Moshe prayed (Va’Ye’etar) when requesting the cessation of the other makkos, but not this expression of “crying out” (tz’a’kah).

The Zohar explains that tz’a’kah is a more dramatic or more panicked form of prayer. Va’Yitz’ak shows an urgency. What was Moshe Rabbeinu’s urgency in stopping the plague of Frogs? Why not let Pharaoh suffer a little longer?

In our minds, Hitler y’mach shmo (may his name be obliterated) is the personification of evil to Klal Yisrael. That is because the Nazi’s atrocities are relatively fresh in our memories. Pharaoh was as big a Rasha as Hitler, if not worse. He bathed in Jewish blood. He took Jewish babies and squashed them into the walls of the pyramids. It was no less horrible than the Holocaust. So – Pharaoh is feeling the pressure of the Tzefardim – what is the problem? Why didn’t Moshe take his time with a long leisurely Shmoneh Esrei when he prayed for cessation of the plague?

The Rebbe, Reb Bunim of Psische, asks this question. He answers that Moshe Rabbeinu was trying to prove another point. The whole purpose of the plagues was to demonstrate that there is a Ribono shel Olam that rules the world, and that He is the Master of the universe. He controls the world.

However, Moshe wanted to demonstrate here that there is another “Power” in the world as well, and that is the Power of Prayer (Koach haTefillah). Moshe Rabbeinu wanted to show that despite the fact that the Almighty wanted Pharaoh to suffer, there is something that – as it were – could stop the Will of the Ribono shel Olam. This is as much a fundamental of our faith as the fact that there is a Ribono shel Olam and that He runs the world and cares about what happens in the world. Another fundamental belief of our faith is the idea that prayer helps.

By employing the most intense form of Tefila – “Va’Yitz’ak,” Moshe wanted to show the amazing power of prayer. I can stop a steaming locomotive in its tracks. Let the plague of Frogs end immediately!

A Novel Interpretation of an Ambiguous Pasuk

By the plague of Arov (Mixed Animals), the pasuk says “Behold if you do not send out My people I will incite against you, your servants, your people, and your houses the mixture of wild beasts; and the houses of Egypt will be filled with the mixture of wild animals and even the ground upon which they are” [Shemos 8:17]. Egypt was invaded by an army of wild animals. But what is the pashut pshat (simple reading) of the above cited pasuk?

The Vilna Gaon offers an incredible explanation. The Bartenura on the Mishneh in Kilayim [8:5] mentions that there is a type of animal (referred to as Adnei haSadeh in the Mishna), which obviously no longer exist today, that had an umbilical cord which was attached to the ground. If someone cut the umbilical cord of this animal, the animal would die. The pasuk reads as follows: All the wild animals that existed in the world at that time attacked Egypt, including this unique animal. But how would this animal come – since it is attached to the ground in some far away location? The pasuk therefore states that this animal came – together with the land upon which it resided! This is a fantastic interpretation.

However, I would like to share an interpretation which is a little closer to the simple reading of the pasuk! Those who have an appreciation of Hebrew grammar should enjoy this interpretation immensely.

The sefer HaKesav v’Ha’Kabbalah – like the Malbim and Rav Samson Raphael Hirsch – analyzes the linguistics of a pasuk. He asks – what is the simple interpretation of this pasuk? He says that the phrase “the ground upon which they are” refers to the land upon which the houses that will be inundated with wild animals stand. But he then adds that it could refer to something else entirely. He says the word “v’Gam” (which literally means ‘and also’) could be a form of the word Gamam. (There are certain words in Hebrew that have double letters in the second and third position of the shoresh (root) of the word. For instance, the word Balal (Beis Lamed Lamed) can also be written with the last letter dropped – as Bal (Beis Lamed). Such words are called “kefulim” (doubled words). There is a word in the Hebrew language called Gamam (Gimel Mem Mem), which means to cut up or to dissect. He cites places in Mishnayos and in the Book of Doniel where we have such a usage.

The HaKesav v’Ha’Kabbalah explains the expression “v’Gam ha’Adamah asher ale-ha” (and also the land upon which it was), not as “and also” (v’Gam) but as Gamam – meaning these wild animals would rip up the land of Egypt to the extent that it would no longer be possible to plant there. According to this explanation, the word v’Gam is not a conjunction – and also – but rather it is a verb. V’Gam – as if to say v’Gamam es ha’Adamah asher ale-ha.

So, the HaKesav v’Ha’Kabbalah writes that part of the plague was that the wild animals would dig up and make holes in the ground to the extent that it would no longer be fit for agriculture.