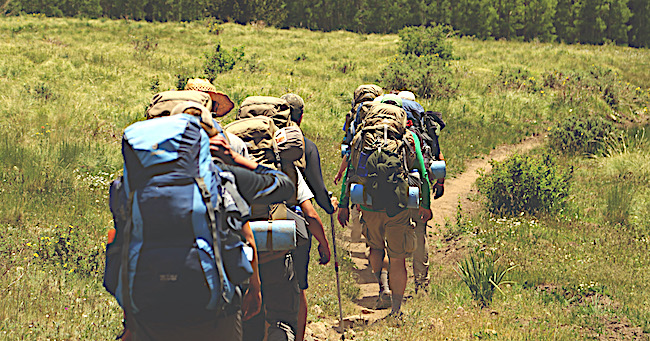 A Tzadik on Someone Else’s Back 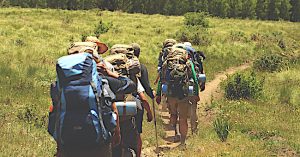 These divrei Torah were adapted from the hashkafa portion of Rabbi Yissocher Frand’s Commuter Chavrusah Tapes on the weekly portion: #1154 Does The Husband’s Early Kabolas Shabbos Affect His Wife? Good Shabbos!

Why Didn’t the Mishkan Have a Spare Parts Warehouse?

The Torah says that after Moshe told the people to donate to the Mishkan, the voluntary donations surpassed the amount of material required. Moshe Rabbeinu had to tell them to stop bringing material, and they were left with more material than needed. (See Shemos 36:4-7).

The Sforno comments: Hashem stated the exact amount of materials needed to build the Mishkan. X amount of gold, Y amount of silver, Z amount of copper, and so forth. He gave a precise measure for every item in the Mishkan, specifying no more and no less than the exact amount required for the structure and the keilim (vessels) of the Mishkan. The Sforno points out that this was not the case with either Shlomo’s construction of the First Beis HaMikdash or Herod’s (re-)construction of the Second Beis HaMikdash. In both those cases, they initially sought out and collected more than enough funds and raw materials, however, in the Mishkan, it was the exact amount necessary that was sought – no more and no less.

The Talmud Yerushalmi says that they had duplicates and triplicates of all the keilim in the Beis HaMikdash. This was not unreasonable. Keilim break, wear out, and become impure (Tameh). Any serious enterprise must maintain an inventory of spare parts. Take, for example, a caterer. He does not keep only X numbers of sets of china for the maximum number of servings he expects to prepare. He always must be prepared for breakage, loss, or theft. The Beis HaMikdash also needed to have “back up” to be prepared for foreseen or unforeseen occurrences.

Listen to the following very interesting Daas Zekeinim m’Baalei HaTosfos (in Parshas Teruma): The Aron HaKodesh, in which they kept the Luchos HaBris (Tablets of Stone containing the Ten Commandments), was gold on the outside but wood on the inside. The Daas Zekeinim says it would have been fitting for the Aron to be made completely from gold. However, since it needed to be made portable and be transported by the Leviim on their shoulders, the Aron was made to weigh less. Pure gold would make it much heavier to carry. And even though, the Daas Zekeinim writes, Chazal say that “the Aron lifted up those who were supposedly carrying it”, that was not always the case. In other words, there was a period of time when it was that way, but it was not like that forever. The same, he writes, regarding the Golden Mizbaeach (on which the incense was burnt). It was made of lighter Shitim wood and only overlaid with gold on the outside, to make it lighter to carry.

So, the reason they did not have spares – duplicates and triplicates in the Mishkan – was because “someone has to schlep all this.” The Jews moved from place to place during the forty years of wandering in the wilderness. When someone needs to schlep, you make it as light as possible.

Herein lays a very important principle in Yiddishkeit, which says, in effect, “Do not be a Tzadik on someone else’s back!” In other words, if someone needs to carry this – we are going to make it as light as possible. It is like packing. I do not know how it is in most houses, but my assumption is that men travel lighter than women. But who schleps the suitcases?

This is akin to the famous incident they say about Rav Yisrael Salanter (1809-1883). He came to someone’s house for a Shabbos meal. He had to wash for Netilas Yadayim. Based on the Gemarah (Chullin 106), the halacha (Orach Chaim 161:4) is that ideally (l’chatchilah) a person should wash Netilas Yadayim up until the wrists. In special circumstances (b’dieved), a person fulfills his obligation for washing his hands by only washing until the knuckles. Rav Yisrael did not wash his entire hands. He relied on the opinion that he only needed to wash to the point where his fingers bend.

The observers asked him why he was being so lenient with his handwashing. After all, they told him, the Shulchan Aruch ideally requires that water comes up to where the hand meets the arm. Those were the days before running water. The answer was that there was a well down the hill and Rav Yisrael knew someone had to schlep the water up from the well to the kitchen. He saw that the hired help was a poor girl who would be the one schlepping the water, and he was not going to be a “Tzadik” at her expense! Better, too, to make the Aron HaKodesh out of wood rather than gold, because someone needs to schlep it.

There is another famous story with Rav Yisrael. When he was older, he no longer went to bake his own matzah before Pesach, but rather he asked his students to bake his matzas mitzvah for him. The students asked their teacher, “What are the ‘Chumras‘ (stringencies) the Rebbe practices during the time he bakes matzah?” All sorts of different stringencies are practiced by righteous individuals while baking their Seder Matzahs. They asked Rav Yisrael Salanter which Chumrah he was particular about. He told them “Be careful not to yell at the woman who cleans up between every batch of matzah baking. She is a widow. Please do not yell at her. That is my ‘chumrah‘!”

This is why there were no duplicates or triplicates in the Mishkan.

Even When We Are Camped, We Are Travelling

This is a thought, Rav Bernstein says, that we all need to remember: Even when we are encamped, we are still travelling. Jewish history is replete with a mindset (we are as guilty of this as anybody else) which assumes that wherever we happen to be residing, “this is our place.”

Jews were in Poland for one thousand years. They used to quip in Yiddish that Poland was a transliteration of the Yiddish expression ‘Po Lin‘ (Here we will sleep). In other words, this is where we are and this is where we will stay. When people are in the same location for a thousand years, they can easily assume that “this is it”, “this is our home.” The Jews were in Spain for hundreds of years. Unfortunately, Jewish history is a testimony to the fact that no matter how comfortable we may get, we are not home yet!

America is no exception. This is a Malchus shel Chessed. It is the most hospitable place that the Jews have settled in their long history. One can easily make the mistake that “we have come to the resting place and to the inheritance.” (Devorim 12:9).

This Rashi is implicitly teaching that this assumption is not to be relied upon. The places of their encampments are part of their travels. Even where we find ourselves encamped, it is still just part of our long journey forward. We are on this long journey until we finally see the rebuilding of Zion and the comfort of Yerushalayim with the coming of Moshiach, may it be speedily, in our time.