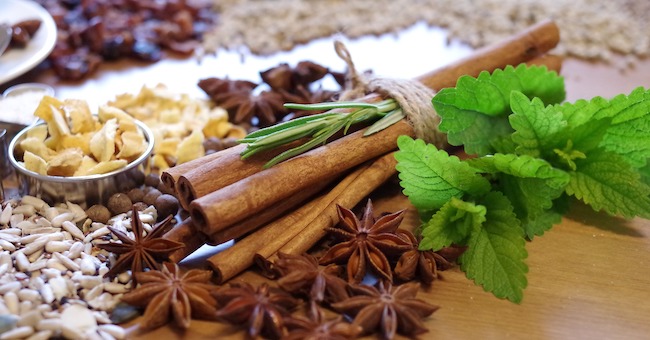 Feeling Surrounded by the Chasdei Hashem 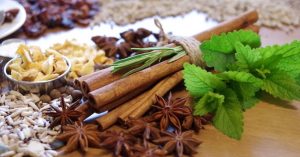 In Parshas Vayeishev, Yosef was sold to a band of Yishma’eilim that were carrying pleasant smelling spices. Rashi (37:25) quotes the Midrash, which states that it was for a good reason why the posuk had publicized what this caravan contained. It was for the purpose of demonstrating the giving of reward to the tzaddikim. Since, although it was the norm for Arabs to transport foul smelling commodities, Hashem had caused it that they should only be traveling with spices so that Yosef would not be harmed by the awful smells.

The Tosefta (Berachos 4:14) adds that Yosef was specifically “placed in an atmosphere of pleasantness”. This indicates to us, that Yosef was placed particularly amongst a caravan of pleasant-smelling spices for the purpose of giving him this added pleasure (see the commentary Chasdei Dovid, ibid.). The Tosefta concludes, if we see that Hashem shows kindheartedness to Tzaddikim at the time of His ‘anger’ upon them, then surely this will be the case during times of compassion itself…

At this point, the question may be asked, why in fact, is it so that Hashem brings kindliness upon a tzaddik specifically at a time of his ‘darkness’? For, the situation that Yosef was then facing, was likely the most difficult, challenging moment which he had ever faced, up until that moment. Yet, it was precisely then, that Hashem had conferred upon him the pleasantry of being ensconced in such sweet-smelling spices. Why was this the case?

The Chovos Halevovos (Sha’ar Habechina, Pesach Hasha’ar) relates, that despite the fact that the benefits that Hashem gives us reaches everyone, most people do not recognize them, which is due to three reasons. The third cause that he mentions, is because people find themselves faced with many challenges in life, with which they are unable to cope. Truthfully, these situations are given to man in order for him to learn from them and to grow in spiritual greatness. For example, one might come to an understanding that his difficult circumstance might just be the catalyst with which Hashem will bring about a salvation or some other kindliness for him in the future (see the commentary Pas Lechem, ibid.). The common person however, does not see how these trials are given to him for his benefit. Rather, the vast majority of people when faced with tests, will become disgusted and will feel dejected as a result of them. Therefore, because of their unhappy disposition, these same people will not take note of the myriad chassodim of Hashem that surround them at all times, even in their most difficult moments.

Indeed, Rabeinu Yona (Shaarei Teshuvah, Sha’ar Sheini) points out that those who are in their old age, find themselves lacking in their ability to function in different areas. This can cause them to become repulsed with their lives, which in turn, can be the cause of many to weaken in their meleches Shomayim. The solution, says Rabeinu Yona, is for the elderly man to learn to enjoy the basic pleasure of sunlight, so that from his appreciation of such simple pleasures, he will not become disgusted. He continues, that such is the way of the tzaddikim, that as they get old, they strengthen themselves in their service of Hashem.

With this principle we may now understand why it is that Hashem specifically bestowed upon Yosef Hatzaddik this extra enjoyment, precisely at the time in which he was confronted with such a great challenge. Without a doubt, we can be sure that this great tzaddik had gone through the good times of life with an appreciation of all of the chassodim which Hashem had brought to him. As he went down the street, Yosef certainly would think about the great chessed of having two feet with which he can walk, while being thankful for the enjoyment of a breeze blowing against him. Yosef had developed such a strong awareness of Hashems benevolent Hand in his life, that when life’s circumstances suddenly changed for him, he had within himself a deep Emunah that this challenging moment will also be good for him. Perhaps, for example, the initial difficulty that he underwent, would end up being a great berocha (as was actually the case with Yosef going down to Mitzrayim). Therefore, he continued to utilize these moments to appreciate all of the many kindnesses that constantly surrounded him. Thus, the Torah teaches us that it is the one who can continue to appreciate the many tovos of Hashem which surrounds him even at a time of great difficulty, like Yosef, in which Hashem will continue to bestow upon him even the smallest forms of goodness. Such a person, will make use of these chosodim to appreciate the true kindliness of Hashem. Yosef was therefore given this extra enjoyment from Hashem of smelling the pleasing smell of spices throughout his journey on this caravan.