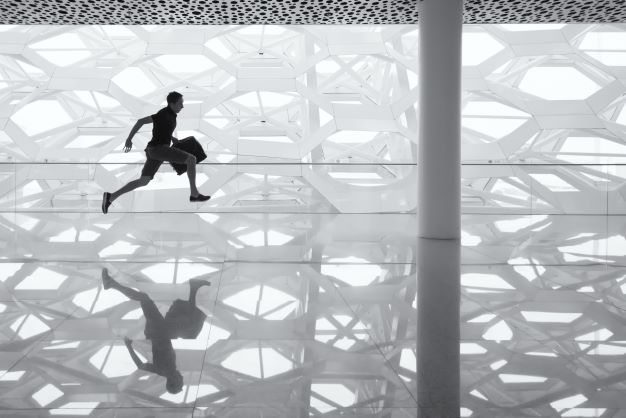 We Toil and They Toil; We Run and They Run 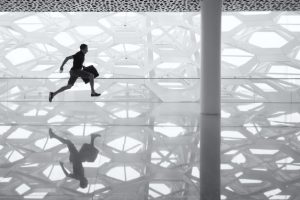 These divrei Torah were adapted from the hashkafa portion of Rabbi Yissocher Frand’s Commuter Chavrusah Tapes on the weekly portion: #1205 – The Case of the Women of Vienna and the Incredible Response of the Rabonim Good Shabbos!

We Toil and They Toil; We Run and They Run – Who Cares How They Toil and Run?

The first Medrash Rabbah in Parshas Bechukosai links the opening pasuk of the parsha, “If you will follow My decrees and observe My commandments and perform them; then I will provide your rains in their time, and the land will give its produce and the tree of the field will give its fruit” (Bamidbar 26:3) with the pasuk in Tehillim “I considered my ways and returned my feet to Your testimonies.” (Tehillim 119:59).

The Medrash comments: Dovid said, “Master of the Universe, every single day I make a mental calculation and say to myself that I am going to such and such a place.” The Medrash, in other words, is concentrating on the expression Im Bechukosai Teleichu (if you will WALK in My statutes). This is a strange expression. We might expect it to say “If you will OBSERVE my statutes.” Based on the use of the verb Teleichu (walk), the Medrash cites the pasuk in Tehillim which relates that each morning Dovid HaMelech would wake up and think to himself of all the places where he was going to go that day. But Dovid concluded that despite his thoughts and plans, his feet would always bring him to Houses of Prayer and Study. Regardless of his mental thoughts, his feet would automatically always take him to the Beis Medrash.

That is the Medrash Rabbah as we have it. The Kesav Sofer, however, quotes a different version of this same Medrash. In the version that the Kesav Sofer cites, Dovid HaMelech is saying that every morning he woke up planning to go to the theaters, the circuses, and the stadiums but instead his feet took him to the Houses of Prayer and Study.

We can better understand Dovid waking up in the morning and saying “I need to go shopping, I need to go to Walmart, I need to go here, I need to go there, etc.” We can understand some optional errands on his agenda that would take him here and there. But why would Dovid HaMelech want to go into the theaters and circuses and stadiums? This is harder for us to understand. Why would he want to do that?

The Kesav Sofer offers two interpretations. One interpretation is that Chazal say that in future times, all stadiums and theaters are going to be converted into Houses of Study and Prayer. Dovid HaMelech is saying “Ribono shel Olam, I can’t wait for that day to happen. I want to be able to go to the CONVERTED theaters and stadiums.” The Ribono shel Olam says “No! That will only happen in the distant future. In the meantime, your feet will take you to the real Houses of Study and Prayer.”

When we read about people who are superior athletes, it is amazing to see how many hours a day they spend training to perfect their skills. Such swimmers or gymnasts—sometimes young children—who are competing for Olympic medals, spend an incredible amount of time training with intensity before their competition. It is their life! They spend eight or ten hours a day for years at a time!

Those are the athletes themselves. But also consider the sports fans: The obsession people have for sports cannot be fully described. I know a little bit about the Orioles and the Ravens. Okay, I can’t say I am such a Tzadik that I am totally aloof from that. Fine. But on the radio, it is incredible what happens on the “sports channels.” People can talk about their teams and analyze all the players 24 hours a day, seven days a week! “Draft Day” is like a “three-day-Yom Tov.” It is not even a game! They spend three days speculating who a franchise MAY take to play on the team in the future. Then there is all the analysis—did they choose right or did they not choose right! Maybe they should have picked someone else!

Dovid HaMelech wanted to see what constitutes dedication and what constitutes total involvement in an avocation! What does it mean to love something with all your heart? He said, “I want to go to the theaters and to the circuses because I know that there, I will see examples of total dedication to an avocation—and from there I want to learn how to apply such dedication to my own learning and my own Service to Hashem!”

There is a famous vort from the Chofetz Chaim. At a Siyum Masechta we say “We toil and they toil; we toil and receive reward, they toil and do not receive reward, we run and they run…” The Chofetz Chaim asked “Who cares that ‘they run’? Who cares how ‘they toil’?” He gives the same answer: If someone wants to know what true toil is—look at them! If someone wants to know what true passion is—look at them! This is the type of compassion and commitment we need to bring to our own Avodas HaShem (Divine Service).

That, says the Kesav Sofer, is the interpretation of this Medrash, according to his version of the text.

A New Reading of the Final Pasuk of Sefer Vayikra

The very end of the parsha contains the Mitzvah of Temurah. The Mitzvah takes up no more than a single pasuk in the entire Torah – “He shall not distinguish between good and bad and he should not substitute for it; and if he does substitute for it, then it and its substitute shall be holy, it may not be redeemed.” (Vayikra 27:33). The Halacha is that if a person has designated an animal as an offering and he wants to switch it for another animal, he is not allowed to do that. If he attempts to do it anyhow, the switch does not work and both animals wind up becoming holy.

The next pasuk in the Torah, which is the last pasuk in Sefer Vayikra, is, “These are the commandments that Hashem has commanded to Moshe to deliver to the Children of Israel on Mt. Sinai.” (Vayikra 27:34). The simple reading is that this final pasuk is a general statement referring back to all the mitzvos appearing in Sefer Vayikra. This would be well over 200 mitzvos that are referred to by this pasuk! This includes all the mitzvos of the sacrifices, all the forbidden relationships, the dozens of varied mitzvos that appear in Parshas Kedoshim, all the Mitzvos of Kehuna, the Yomim Tovim in Parshas Emor, and so forth. That would be the simple interpretation—that “Elu HaMitzvos…” in this last pasuk of the sefer is referring to all the mitzvos in Sefer VaYikra.

I saw a comment in the sefer Milchamos Yehuda that perhaps there is another message over here. According to the Milchamos Yehuda, perhaps “Elu HaMitzvos…” is not referring to the conglomeration of all the mitzvos in the Book of Vayikra, but rather it is referring specifically to the two mitzvos with which Sefer Vayikra concludes: (1) The Halacha that if a person donates something to Hekdesh and then he wants to redeem it, he needs to add 20% to the value of the thing he wants to redeem (Vayikra 27:31) and (2) The Halacha of Temura, that if a person tries to switch an animal that he has already declared Kodesh, then the result will be that both the original animal and its ‘replacement’ will be Kodesh!

He quotes the Rambam at the end of Hilchos Temurah:

“It appears to me that the rationale behind the Mitzvah of Temurah is similar to the rationale for adding 20% to the value of his house if he redeems it (from belonging to the Bais Hamikdash). The Torah probed into the bottom-line thoughts of a person and a bit of his evil inclination, for the nature of man is to wish to increase his possessions and to be overly protective of his money. And even though he initially vowed and sanctified his property, perhaps he regretted that and now wishes to redeem his property back from Hekdesh for less than it is really worth. Therefore, the Torah says (as if imposing a penalty), that if he wishes to redeem his property, he must add a fifth. Similarly, if someone sanctified an animal (with ‘kedushas haGuf‘ (body sanctity), he may want to change his mind. He may try to swap this animal for another animal of lesser value. If the Torah would give him permission to ‘upgrade’ his offering, switching an inferior animal for a superior one, he might come to switch a superior animal for an inferior one saying this new one is better. Therefore, the Torah sealed the path before him by not allowing any exchanges and penalizes him for the attempt to make an exchange (such that both animals become holy). This is all designed to mold his evil inclination and to ameliorate his thought processes. This is what the Torah is all about. The majority of the laws of Torah are nothing more than counsel from the Great Counsellor to improve our values and correct our actions.” (Hilchos Temura 4:13)

The bottom line of Torah is to make us into better people with better hashkofos (values), and better middos (character traits). These two mitzvos – adding 20% to redeem Hekdesh, and the penalty for trying to swap a sacred animal – are all about breaking our bad habits, because the Torah knows that human beings tend to be cheap. They don’t want to part with their money. The Torah therefore says to do this to break those habits. These laws are indicative. They tell us about the purpose of all of Torah in general. This is what Torah is about: L’Saken HaDeyos, u’l’yasher ha’maasim!

This, according to the Milchamos Yehuda, gives new meaning to the final pasuk in Sefer VaYikra. “Elu HaMitzvos…” is referring to these two mitzvos at the end of Parshas Bechukosai—about Temura and Hekdesh—that are indicative of the purpose of all the Torah’s mitzvos—to improve our values and to correct our actions!