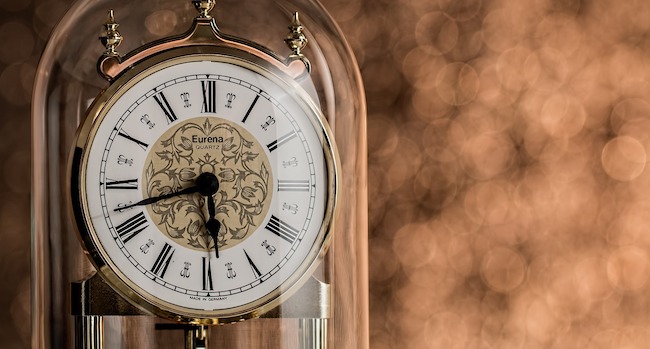 A Time for Belief and a Time for Heresy 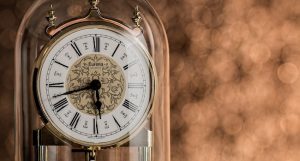 These divrei Torah were adapted from the hashkafa portion of Rabbi Yissocher Frand’s Commuter Chavrusah Tapes on the weekly portion: #1204 – The Friend Who Reneged on their Power Ball Agreement. Good Shabbos!

This year (5782) is Shemittah in Eretz Yisrael, so the land must lie fallow. The laws of Shmitah are spelled out in Parshas Behar in great detail. There are farmers in Eretz Yisrael who observe this mitzvah meticulously every seven years. It is a great mitzvah to support them financially during this time, to help compensate them for their loss of income. After the mitzvah of Shemittah, Parshas Behar moves on to the mitzvah of Yovel. After seven cycles of seven years, there is a Mitzvas haYovel on the fiftieth year.

Right after these agricultural laws, the Torah speaks about a person who falls on hard times (Ki Yamuch Achicha…) and how we must treat him. The Gemara [Eruchin 30b] comments on the juxtaposition of these two parshiyos—the parsha of Shemittah-Yovel and the parsha of helping an impoverished brother: “Come and see how harsh is the ‘dust of the Shemittah’ prohibition. For if a man does business with produce of the Shemittah year, hoping to profit thereby, in the end poverty will force him to sell his movable property.” The Gemara goes through stage by stage. First, he needs to sell his movable property, then he needs to sell his land, then he needs to sell this and that. Finally, he becomes so poor that he needs to sell his daughter and himself into slavery as well. This all came about, says the Gemara, because he illicitly tried to make a fortune selling fruits of the Shemittah year (which are supposed to be hefker – ownerless).

The Ribono shel Olam starts punishing him, but he does not get the message. He goes from level to level, until he needs to sell his daughter and then himself into slavery.

Rabbeinu Yakov Yosef was the first and only Chief Rabbi of the City of New York. He came to the United States circa 1890, and was literally driven to death in New York by the tumultuous treatment he was given as Chief Rabbi of that Jewish metropolis. He was, nevertheless, a great man in the full sense of the word. They thought that such a person would be able to tame the “Wild West” that was New York at the end of the nineteenth century. He was not successful, even though he was a great Talmid Chochom and a tremendous orator. People walked for miles to hear his Shabbos Teshuva Drasha.

Rav Yakov Yosef gave a different interpretation of the juxtaposition between the laws of Shemittah and the laws of a person falling on hard times. He based his interpretation on a Medrash Rabbah in Parshas Behar. The Medrash links the pasuk “And when your brother becomes poor…” [Vayikra 25:25] with the pasuk “Happy is the person who takes care of the poor (‘maskil el dal‘) Hashem will save him from the day of evil.” [Tehillim 41:2].

Rav Yakov Yosef notes that the expression ‘maskil el dal‘ is a peculiar use of words. If I had to choose an expression to describe someone who is good to a poor person, I would use the expression ‘merachem al dal‘ (one who has mercy on the poor) or ‘chas al dal‘ (has pity on the poor). There are a whole variety of words that could be used here. The word ‘maskil’ comes from the etymology of sechel (intelligence, logic). This would be equivalent to saying ‘someone is smart’ – he uses his sechel to take care of the poor person. Why does Dovid HaMelech use the expression ‘maskil el dal’ in this pasuk?

(I will mention as an historical aside, in the not-too-distant Jewish history there was something known as the ‘Haskalah movement’. These were people who felt that parts of the Jewish religion were superstitious and outdated. They felt it was necessary to practice religion “with sechel“. That’s why the movement was called “the Haskalah.”)

To answer this question—why the pasuk uses the expression ‘maskil el dal‘—I need to mention a pithy saying from Rav Yisrael Salanter. He used to say that regarding a person’s own situation, he must be a Ba’al Bitachon (have unlimited faith in G-d’s power of deliverance); however, regarding someone else’s situation, he must be a kofer (a heretic – i.e., have the feeling that Hashem will not help and it is up to me to do something to help this other person).

When a poor person approaches you and tells you his tale of woe, it is NOT appropriate to give him a mussar lecture (“Have Bitachon! The Almighty will take care of you!”) In such situations, a person must act as if he were a kofer. He must have the attitude: No! The Ribono shel Olam is not going to take care of him. If I feel for this fellow’s needs, I must take care of him myself! This is the fundamental rule, formulated by Rav Yisrael Salanter.

In light of this basic principle, let us revisit the juxtaposition of these pesukim. It is the Shemittah year. I observed Shemittah. I did not work my fields the entire year. The bills were mounting. My financial situation was precarious. Why did I do it? It was because I am a Ba’al Bitachon. HaKadosh Baruch Hu promised that if someone keeps Shemittah, He will take care of him. The Help might not always come immediately but we have a Divine Promise that we will be taken care of. So, when I was in the situation that I didn’t know where my next meal was coming from, I employed Midas HaBitachon.

Now a poor person comes to me and pleads with me: “I can’t make it. I am drowning.” A person may be tempted to say “Hey fella, I just went through the Shemittah year. I employed the Attribute of Bitachon (Faith). You should do the same thing. Daven to the Ribono shel Olam. Tell Him your troubles!”

The Torah says, do not act like that. “When your brother becomes poor and comes to you” – you need to take care of him. That is why, says Rav Yakov Yosef, the pasuk in Tehillim uses the expression Maskil el Dal. Do not give him your pious sermon about having faith. Use logic (sechel) rather than religious conviction here. This fellow has debt. The creditors are at his doorstep. They want to take away his house. Now is not the time for moral platitudes and theological lessons. Now is the time to write the fellow a generous check! A check is what keeps the creditors away from the fellow’s door. Happy is the one who is Maskil el Dal. When it comes to the poor, be a Maskil, as it were. Be like a Maskil of the nineteenth century who was cynical about matters of Belief and Bitachon.

Confluence of Events Is the Almighty Speaking to Us

I wish to explain this Medrash with a true story.

In Ger, Poland, the custom used to be that when a Gerrer Chosid could not pay his rent and his landlord wanted to evict him and put him on the street, the Gerrer community would get together and raise the money to pay off the fellow’s rent. The tenant would remain safe in his house and would not be put out on the street.

The Rebbe said, “That is right. If the Ribono shel Olam put you in that position, then He is telling you ‘This is your problem.’ It is no coincidence that he is a Gerrer Chosid and you are a Gerrer Chosid and it happens to fall in your lap. A mitzvah that falls into your lap is a sign from Heaven that YOU need to take care of it.” Therefore, the Rebbe told the landlord “You need to assume the entire burden because that is what the Ribono shel Olam wants.”

That is how the Gerrer Rebbe explained the Medrash linking the pasuk in Behar with the pasuk in Mishlei. “When your brother becomes poor then you shall support him.” The Medrash links this with the pasuk “The rich man and the poor man met, Hashem did this for you.” This confluence of events was set up by the Almighty. For whatever reason, the Ribono shel Olam is giving the rich man this specific mitzvah. Therefore, he should not try to deny what Providence is demanding of him.

The Chazon Ish writes in his sefer Emunah u’Bitachon that today we have no prophets. We are living in a time of Hester Panim (the ‘Divine Face’ is hidden). Ruach haKodesh is also not very widespread. But, says the Chazon Ish, the Ribono shel Olam still talks to us. If something happens in a person’s life—a confluence of events—the Ribono shel Olam is telling you something. This is no coincidence. That is how the Almighty deals with us in our time. He does not have Nevi’im speak to us and most of us do not have Ruach HaKodesh, so we do not know what is going on. But events—how things just happen to fall into place—represent the Ribono shel Olam talking to us in our day and age. This is what the pasuk in Mishlei is saying: When the poor person and rich man happen to ‘meet’—this was the action of Hashem.

Therefore, “When you brother becomes poor” – the Gerrer Rebbe told his Chosid: If this fellow fell into your lap, it is a Sign from Heaven that it is your responsibility to take care of him. This is your mitzvah, this is what the Ribono shel Olam wants, and it will be good for you in the end.