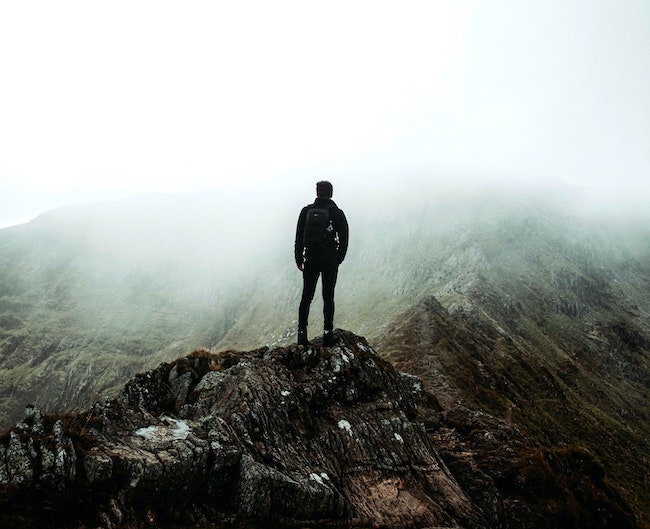 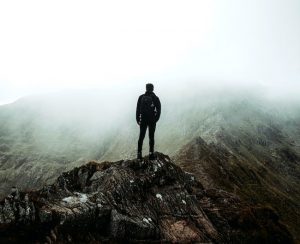 THE BIG PICTURE Zoominar is off to a good start, b”H. Session #2 is this Tuesday, b”H. You can register at any time by writing to [email protected]

There are so many instances in which Rashi points something out we would have otherwise missed because we did not spot any red flags. The section reads smoothly the way it is, and does not seem to call out for any special insight to understand it. Therefore, if Rashi says otherwise, it is a red flag that we missed something in the obviousness of the verse.

For example, the parsha begins quite simply with:

What’s wrong with this picture? Seemingly nothing. Ya’akov had been returning home for two years already, after living with Lavan for 20. He had first gone to Yeshivas Shem v’Eiver for 14 years before that, so altogether he had been away for a total of 36 long years. After all that, what could possibly be wrong with wanting to settle down?

It wasn’t as if Ya’akov wanted a vacation from righteousness. On the contrary, he only wanted a vacation from the things that interfered with righteousness. He wanted quiet time to serve God, not to turn his back on God. And let’s face it, there have been plenty of tzaddikim who have had this, and they don’t seem to have been taken to task because of it.

What does the midrash that Rashi quotes mean?

Furthermore, the Midrash says elsewhere that the episode of Yosef happened for a very different reason. It says that the sale of Yosef happened in order to bring the family down to Egypt as prophesied to Avraham back in Parashas Lech-Lecha (Tanchuma, Vayaishev 10). This means that all of that would have happened whether Ya’akov wanted to settle down or not.

THE SIFSEI HACHACHAMIM focuses on one word to understand Rashi: mevakshim—request. There is nothing wrong with living a tranquil life if it happens to come your way and not at the expense of spiritual responsibilities. The problem is actually seeking it out, as so many people do.

Why? Because this is not the World-to-Come, only the corridor to get there. This is Olam HaAsiyah, the world of action. As Kabbalah explains, everything in this world is constantly in motion, from the heavenly bodies to the human ones below. Even when we’re resting our bodies are not, and physical movement only comes to a stop with death.

I once got into a conversation with someone on a bus back to Jerusalem. He had made aliyah not too long ago, and I wished him an easy adjustment. He told me that he had been part of a group of four friends who had all invested in the stock market back in the eighties. The plan had been to make a lot of money quickly and then move to Eretz Yisroel.

He was the only one, he explained to me, who followed through and actually made good on his plan. His other three friends were stuck in America, still wanting to come but unable to financially. Apparently, the story goes, when he decided he had made enough to start his life in Israel, his friends decided to stay in the market longer. “The more money we make,” they told him, “the more we take to Eretz Yisroel.”

Unfortunately, their plan backfired. Shortly after the market fell out and they lost money. They regretted not getting out when this one friend did, and they envied the fact that he had been able to make aliyah, while they could not. It could have gone the other way and they could have been the ones with the extra money in Eretz Yisroel. It’s just that it didn’t.

Why the great risk? Because at the time it did not seem like such a great risk. At the time, the market was hot and people kept on making money. If anything, the one friend who got out and moved to Israel seemed like the impetuous one, throwing away a great opportunity to make more great money. The potential to easily and quickly improve their lot blinded them to the risk of losing even that which they already made.

Money will do that to a person. It is a such a fundamental part of life that all of us look for more of it wherever we can find it, and then jump at opportunities to make more of it effortlessly and quickly. That’s why lotteries and get-rich-quick schemes do so well. When your happiness depends upon something so much, your world tends to revolve around it. It is amazing, and sometimes even tragic, what people will give up for money.

Unfortunately, the one thing that we should be driven to acquire like this is often the farthest from people’s minds, and that is reward in the World-to-Come. It’s a combination of being so abstract, so far in the future, and the world being so instantaneously pleasurable that, it is hard to remain focused on it. And it doesn’t help that our bodies tire so easily and love physical pleasure so much.

It can be a challenge even for righteous people like Ya’akov Avinu. He would never have assumed that he had already done enough with his life or, that he had already accumulated all the reward he could ever want in Olam HaBa. But life often comes down to tradeoffs, and Ya’akov had already gone through so much and accomplished great things. But he never forgot how nice it was to sit quietly in the tents of Torah study.

THIS MEANS THAT God did not send the Yosef fiasco specifically to interrupt Ya’akov’s tranquillity. He sent it to tell Ya’akov that he wasn’t done yet, that he still had more to accomplish in this world and more reward to gain in the World-to-Come.

Understandably, he was tired. He had been through a lot. He had survived Eisav and then Lavan. He even fought with an angel and prevailed. He had to persevere the violation of his daughter Dinah, and the war that almost happened with the people of Canaan.

But God gives us the strength we need to do what we must when it comes to surviving our challenges and increasing our reward in the World-to-Come. If a person appreciates the value of a single moment of spiritual challenge, then God will give them the challenge, and the wherewithal to meet it. Not out of anger, or disappointment, but out of love (Brochos 5a).

Next week begins the eight days of Chanukah. They celebrate the miracle of the oil that burned for seven extra days, and the fact that one jar of pure oil remained even for one day. We’ll light 36 candles altogether to allude to the fact that the Ohr HaGanuz is in the Ner Shel Chanukah, somehow, somewhere.

Another name for this light is the Ohr HaNissi—Miraculous Light. All miracles that happen in history are the result of this light, especially when they lead to redemption. It is the light that is the basis of Torah and even our souls. When this light emanates, more results in life than can be explained by the laws of physics. We have all witnessed this in our own lives at some time. Most just don’t realize why it has happened.

This is a fundamental lesson of Chanukah. The Talmud says that if a person sanctifies themself a little, Heaven will sanctify them a lot (Yoma 38b). It’s another way of saying that we don’t have to know specifically where we’ll get the energy or resources to do a mitzvah that seems beyond our capability. We just need to know that if we get things started, God will pick up the slack.

The Midrash says that God tells the Jewish people to make an opening the size of pinhole, and He will drive a wagon through it. It might work in cartoons, but how does that actually work in real life? Every situation is different, and God works in mysterious ways. Sometimes He shares His methods with us, most of the time He doesn’t.

But does it really matter? The main thing is that we showed up, did the best we could, and remained willing to get the job done. How God makes that happen is His business. Ours is to trust that He will, and to know that physical limitations don’t stop Him from accomplishing what has to get done. Taking that message to heart itself is extremely liberating.

WHETHER OR NOT one lights a menorah for every member of the household depends upon one’s tradition. However, whoever does light the menorah must follow the opinion of Bais Hillel, that the mehadrin min hamehadrin, the most beautiful way to perform the mitzvah, is to light a single candle on the first night of Chanukah, and then an additional candle each subsequent night.[1]

The Talmud does not explain why an additional candle is added each day of the holiday. However, doing so means lighting thirty-six candles over eight days, and the question is, is this incidental or intentional?

It certainly seems like the latter from the Talmud. Besides, what if the oil had burned for six extra days, or nine, making the total candles 28 or 45? It only needed to burn for seven extra days because that is the time it took to make new pure olive oil for the mitzvah, a technical reality.

The truth is, it is just the other way around. The holiday needed to be eight days long because that is the number that alludes to the supernatural relationship between God and the Jewish people. This is why Bris Milah, which symbolizes that unique relationship, is on the eighth day from birth. Moshiach is destined to come in the eighth year of a Shmittah cycle[2] because all redemptions are supernatural.

Clearly Chanukah belongs to this realm as well, as we say during Chanukah:

You, in Your great mercy, stood up for them in their time of trouble, and fought their battle, judged their judgment, took revenge for them, and handed over the strong to the weak, the many to the few, the impure to the pure, the evil to the righteous, and the scoffers into the hands of those who learn Torah.

Therefore, the number eight is not incidental, and neither is the number thirty-six. In fact, the miracle and victory occurred in 3597 (165 BCE), in the 36th century from Creation. Chanukah had to be an eight-day holiday, as we sing:

From the remainder of the jars,

a miracle was done for the shoshanim.

The children of Binah (understanding),

Binah is the eighth of ten sefiros, spiritual filters through which God implements His plan for Creation. It is a light of understanding, one that was necessary at that time of history especially as the Jewish people were about to enter their fourth, final, and longest exile. The events of Chanukah made that possible, and to understand how is to understand the indispensable meaning of the number thirty-six. The Light of Thirtysix: Accessing the Hidden Light of Creation On A Daily Basis (Paperback, Kindle, and PDF).