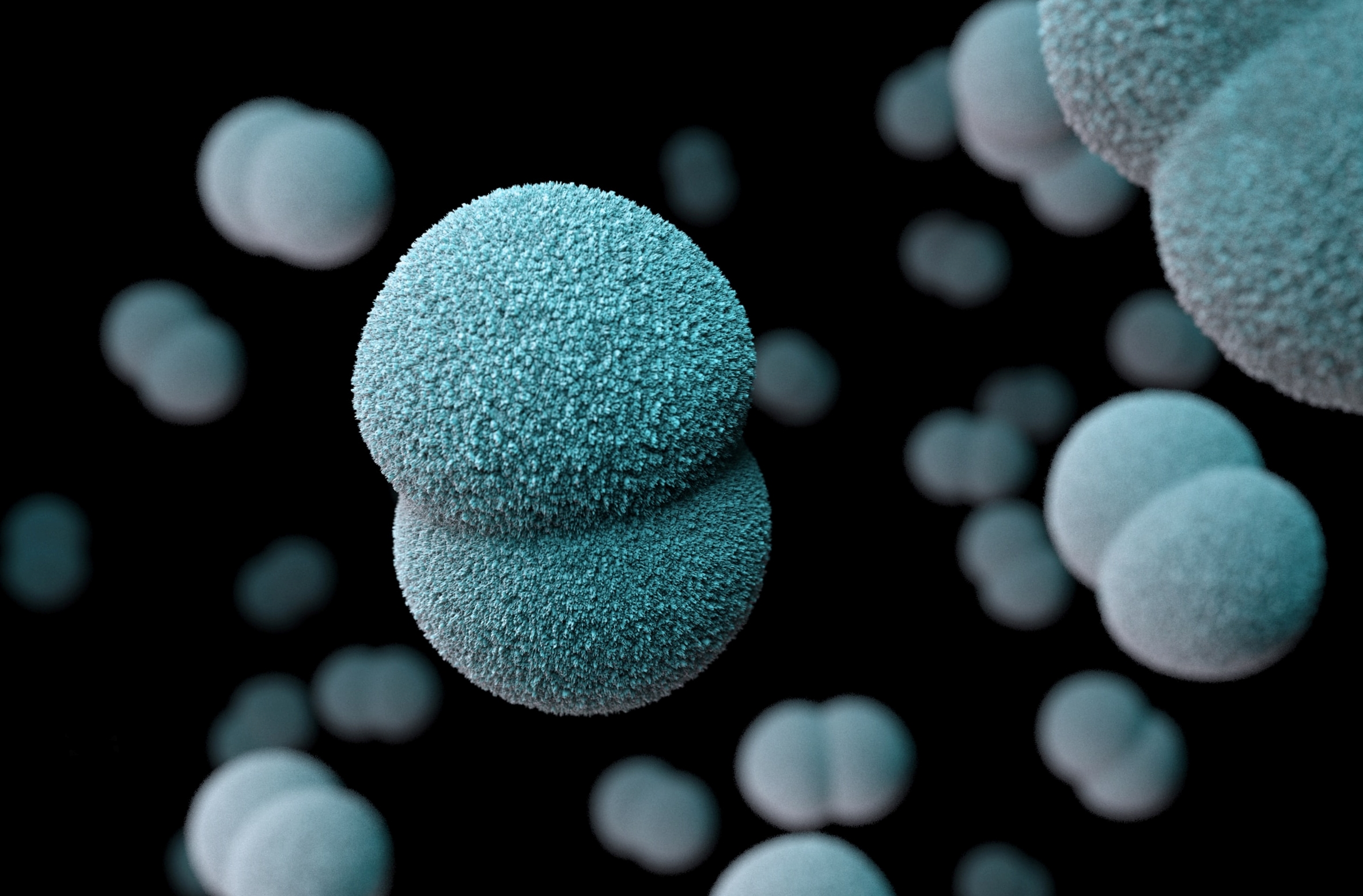 The Ideal Nazir Attacks the Illness Rather Than the Symptom 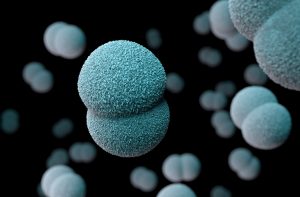 These divrei Torah were adapted from the hashkafa portion of Rabbi Yissocher Frand’s Commuter Chavrusah Series on the weekly portion: #1207 – Listening to music — As mutar as you think? Good Shabbos!

Parshas Naso contains the mitzvah of Nazir. There is a well-known Gemara (Nedarim 9b; Nazir 4b) that talks about a very famous Nazir:

Shimon haTzadik said: My entire life I never ate the Korban Asham of an impure Nazir other than once (when I was convinced that this individual accepted upon himself the Nezirus laws strictly for the sake of Heaven). Once I saw a Nazir come from the South (to Yerushalayim to offer his sacrifice) and I saw that he was very handsome, his hair was beautiful. I asked him, ‘My son, what prompted you to destroy this beautiful hair of yours’ (as is required in the ritual of bringing the Nezirus sacrifices at the completion of the period of Nezirus)? He told me, ‘I was a shepherd and I went to the well to draw water for my sheep. I saw my reflection in the water. (Apparently, it seems that this was the first time this person ever saw himself, as in Talmudic times, men did not, as a rule, look into mirrors.) I saw that my Yetzer HaRah (evil inclination) was getting a hold of me and was attempting to drive me from the world. I said to my own Yetzer HaRah: ‘You wicked one, why do you get so excited about my beauty which is destined to one day turn into dust and worms. I swear that I will shave off my hair for the sake of Heaven.’ Shimon haTzadik concluded: I immediately arose and kissed him on his head and blessed him, “My son, may the number of those who take Nezirus vows such as yours multiply in Israel. About people such as you it is written: ‘… a man or a woman who utters a Nezirus vow to dedicate himself to Hashem.’ (Bamidbar 6:2)”

(I may add a theory of mine, for which I do not have any proof – that there is a relationship between this Nezirus story and the story of Narcissus in Greek mythology. Who was Narcissus? The story of Narcissus is extremely similar to this story in Maseches Nedarim. There was a fellow who saw his reflection in the water and was so taken up with his beauty that he became paralyzed – sitting there staring at his own beauty until (as the mythology goes) he withered up and died because he could not take his eyes off his image. He died on that spot, and out of that spot grew a flower that is called the Narcissus. The psychological profile of a narcissist is such a person who is so into himself that he cannot take his eyes or his thoughts off of himself.

What happened over here? This boy saw his own reflection and he saw the Yetzer HaRah getting hold of him. He sensed that he was becoming amazed with his beauty and handsomeness. He went ahead and told his evil inclination, “I am not going to let you do this to me!” That is why he became a Nazir.

When someone becomes a Nazir, he abstains from wine and from contact with the dead, and—at least for thirty days—he cannot cut his hair or shave. So let us analyze this story: This fellow was amazed at his beauty. In particular, he was amazed at his locks, his hair. He sensed his Yetzer HaRah getting hold of him. What should be his natural reaction to stop the Yetzer HaRah in its tracks? Perhaps he should immediately run to the barber and ask for a ‘zero’. The barber should then put the smallest guard on his electric shaver and give the fellow at least a crew cut or preferably a baldy and that would rid him of his Yetzer HaRah!

Instead, the fellow proclaims that he is going to make himself a Nazir, which causes him to grow his hair even longer, since he cannot cut it for the next thirty days, at a minimum. How is that a logical strategy for fighting the evil inclination?

Rav Yaakov Yisrael Kanievsky, the Steipler Gaon, zt”l, (father of Rav Chaim Kanievsky, zt”l), says that this incident demonstrates a deeper insight into what was happening to this fellow. The Talmud quotes the Nazir‘s retort to his evil inclination: “You wicked one, why do you arrogantly boast over a world that is not yours?” The root sin that this fellow noticed ensnaring him was the sin of Gayvah (haughtiness). He was thinking to himself, “I am the most beautiful person walking the face of the earth. I am so proud of my looks. I am so proud of my hair. I think I am something special because I look so good.”

That, my friends, is the Midas HaGayvah. The Midas HaGayvah can be summed up in just a few words: You think it’s ‘you.’ If you are smart, it is you who is smart. If you are rich, it is your wealth. If you are handsome, it is because you are so special! That is what Gayvah is—recognizing these qualities and thinking better of yourself because you either have wealth or looks or brains or money or whatever it may be. As we all know, it does not come from you. Everything comes from the Ribono shel Olam.

How does someone do that? By becoming a Nazir. I let my hair grow, and then, at the end of my Nezirus what do I do? I take the hair, I cut it off, and I throw it under the sacrifice that is a Korban l’Hashem! Here I am teaching myself that this beautiful hair that I have is not mine, it belongs to the Ribono shel Olam.

The Nazir Is Critiqued Both Coming and Going

There appears to be an obvious contradiction to a Ramban on this week’s parsha from a well-known Gemara (Nedarim 10a). The pasuk states that at the conclusion of his Nezirus period, the Nazir offers a burnt offering and a sin offering as atonement for sinning against his soul (Bamidbar 6:11). The question is, why does the Nazir need to bring a Korban Chatas (sin offering). Didn’t he just do something admirable? The above referenced Gemara indeed asks – what did the Nazir do wrong that he now needs ‘atonement’? The Gemara answers that he denied himself wine (Tzeeair atzmo min hayayin). His aveira (sin) was in depriving himself of one of life’s pleasures. There are enough prohibitions in the Torah, without man adding further prohibitions that make life even more difficult.

The Ramban, however, suggests that the reason he must bring a Korban Chatas at the conclusion of his Nezirus period is—on the contrary—that he is now leaving this spiritually holier state of Nezirus that he had accepted upon himself, and is now returning to a more mundane standard of living in which he will be more engaged with the pleasures of life. According to the Ramban, ideally, he should have remained a Nazir, dedicated to this holy state of Divine Service, for the rest of his life! The Ramban views the Korban Chatas as atonement for the Nazir’s falling back into the lustful pattern of everyday life!

Rav Simcha Zissel Brody raises this contradiction between the Talmud and the Ramban’s interpretation. Which is it? Do we blame the Nazir for abstaining from wine or for his readiness to return to wine consumption? We seem to be criticizing him here, coming and going!

Rav Simcha Zissel answers as follows: Initially, the Nazir should not have done this. This was beyond his normal spiritual level. He denied himself one of life’s permitted pleasures. However, during those thirty days of Nezirus, he has not remained static. He has grown. He has become a different person, a holier person. This is what life is all about. Through the experiences of life, we hopefully become better people, more understanding people, holier people.

Rav Simcha Zissel references the Gemara (Avodah Zarah 5b), which states that a person does not grasp the intent of his master teacher until after he has been his disciple for forty years. What happens during those forty years? The answer is that during those forty years, he grows as a person. Forty years earlier, he did not “get” who his Rebbi was and he did not “get” what his Rebbi was teaching him. Forty years later, he is older, wiser, and more experienced. Now he is a different person. Now I get what my Rebbi meant. I could not understand that when I was 20 years old. Now that I am 60, I get it.

That is the story of the Nazir as well. When he started the Nezirus, we can ask him “Who are you to add to the Torah’s restrictions and forbid yourself from drinking wine?” “Why do you think you are such a holier than thou Tzadik that you can deprive yourself of wine?” But now, 30 days or 60 days or whatever amount of time has passed. Guess what? He is now a different person, a holier person, who is on a different spiritual level. Once he is at that higher spiritual level he—in fact—should really stay there. He has demonstrated to himself that he can do this. He has grown. Therefore, the Ramban says, going back to the lower level where he was thirty days ago is sinful.

This week’s write-up is adapted from the hashkafa portion of Rabbi Yissochar Frand’s Commuter Chavrusah Series on the weekly Torah portion. A listing of the halachic portions for Parshas Nasso is provided below: