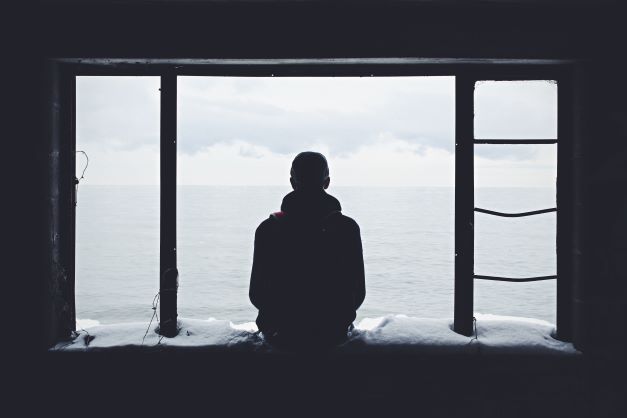 Why Was the Metzorah Put Into Solitary Confinement? 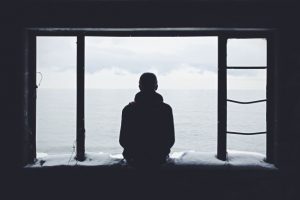 These divrei Torah were adapted from the hashkafa portion of Rabbi Yissocher Frand’s Commuter Chavrusah Tapes on the weekly portion: #1201 – The Shabbos Bris and the Borei P’ri Ha’gefen. Good Shabbos!

Tzora’as – which is one of the primary topics of this week’s parsha – is a consequence of a variety of sins, such as Lashon HaRah (gossip), Tzarus Ayin (miserliness), and Gayvah (arrogance). But for whatever reason, when a person has become a Metzorah – “his clothes must be torn, he must let the hair of his head grow long, he shall cloak himself up to his lips; and he is to call out: ‘Contaminated, contaminated!'” (Vayikra 13:45). There are many parallels here to the halacha of mourning. A person who is a Metzorah goes into a form of Aveilus, similar to an Avel.

The next pasuk continues: “All the days that the affliction is upon him, he shall remain contaminated; he is contaminated. He shall dwell in isolation; his dwelling shall be outside the camp.” (Vaykira 13:46). Beyond everything else, the Metzorah is placed into solitary confinement—outside the camp—until his Tzora’as is cured.

Rav Yaakov Kaminetzky, in his sefer Emes L’Yaakov, wonders why isolation is an appropriate punishment for a Metzorah. Rav Yaakov suggests that perhaps solitary confinement does not seem appropriate for a Metzorah. The halacha is (even though this is Biblically prohibited to do) that if a Metzorah rips off his signs of Tzora’as , he is no longer Tameh. This means that if a Kohen will examine him again and there is no more Tzora’as , he will be proclaimed Tahor. So perhaps if we put this fellow in confinement, we should maintain some kind of surveillance such as a video camera to ensure that he does not surreptitiously peel off his Tzora’as and try to be m’Taher himself! Why do we leave him out there in the middle of nowhere where he can do anything he wants?

Rav Yaakov rejects the possibility that he is placed in confinement because he has a contagious condition that we are concerned might spread to others. He insists that Tzora’as is not contagious. It is a spiritual disease, not a physical disease that we might consider as contagious.

Ironically, I found that the Meshech Chochma in Parshas Tazria in fact says that Tzora’as is a communicable disease. He brings several proofs from the Talmud and the Medrash that this is the case. The Meshech Chochma points out that this is why it was the Kohanim who had to deal with the Metzorah—because the Kohanim were on a higher spiritual level and had elevated merit, which would hopefully grant them added protection from such contamination.

Be that as it may, Rav Yaakov says that Tzora’as is not a communicable disease, which leads him to the problem: Why was the Metzora put into solitary confinement? Rav Yaakov explains that the purpose of this confinement is that we want to send the Metzorah a message from Heaven that based on his behavior, he should be incommunicado. The Ribono shel Olam is not happy with him. He is in a form of excommunication—the Ribono shel Olam does not want him around. By putting him in solitary confinement in this world, we are actualizing what is happening in Heaven. The hope and intent are that his isolation and confinement should bring him to Teshuva. Sitting in solitary confinement should help him recognize why he is in this type of situation.

I was thinking that perhaps there is another approach which might explain why the Metzorah must be placed in confinement “outside the camp.” A person who is a Metzorah, who has engaged in Lashon HoRah is a menace to society. His presence harms the community. We always think of a “danger to society” as someone who attacks or harms other people. But a Metzorah is just as much a menace to society. He destroys society because when people speak ill of one another and spread rumor—whether true or not true—about other people, it destroys the fabric of interpersonal relationships.

Therefore, his punishment is “You cannot be in society.” I heard an interesting chiddush in the name of Rav Yaakov Galinsky. If we consider the Ten Plagues, we may ask ourselves, “Which was the worst of the Makos?” A case could be made that Makas Bechoros was the worst of the plagues. But what was the most difficult plague to withstand—not in terms of the numbers who were killed or the damage, but simply the most difficult maka to endure?

Rav Yaakov Galinsky says the most difficult maka was the Plague of Darkness. The reason for that, he maintains, is that it says by Makas Choshech that “One man could not see his brother” (Shemos 10:23). This means that it was impossible to commiserate with someone else. By all the other makos, everyone suffered together. Everyone experienced Blood. Everyone experienced Lice. Everybody experienced Wild Animals.

Everyone complains about their problems. There was a city-wide blackout a couple of years ago due to a major storm. Everyone complained how tough they had it. I lost my freezer, I lost this, I lost that. Everyone commiserates with each other. When there is a blizzard… “Oy! It was gefairlich! I had so much snow on my drive way, I could not move my car for two weeks!” But at least you could talk to people about it, and everyone could share their personal problems. “You think that was bad? You should have seen what happened by me!”

Misery loves company. By every other plague, as bad as it was, at least there was company. However, during the plague of Darkness, people sat alone for three days and could not talk to anyone! It was impossible to tell anyone how bad it was! Nobody could tell you that he had it worse than you! “One man did not see his brother.” They all had to sit alone by themselves! To deal with a maka and not be able to share it with anyone is the most difficult maka to take.

This is what we do to the Metzora. We tell the person “You are a menace to society. You do not belong among people. You cannot have the comfort of being with other people to console you and commiserate with and comfort you. That is your punishment.” We deny the Metzora, who is a menace to society, the benefit of society—which is to have someone else there to comfort him.