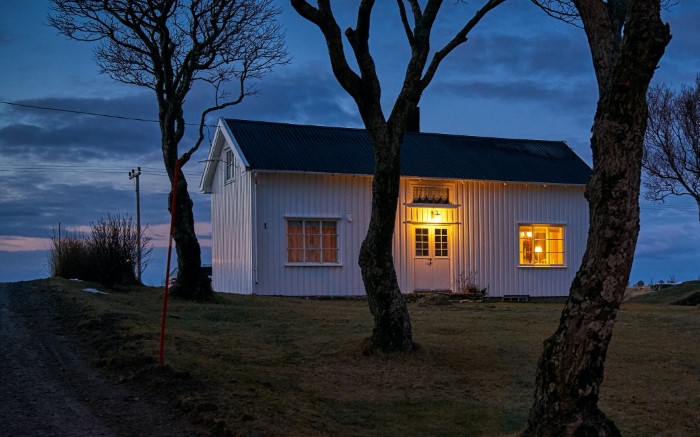 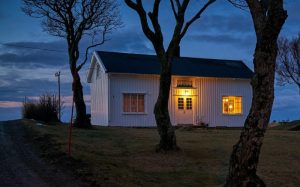 These divrei Torah were adapted from the hashkafa portion of Rabbi Yissocher Frand’s Commuter Chavrusah Series on the weekly portion: #1137 – I’ll Buy Your Esrog/Tefillin & Make You An Offer You Can’t Refuse. Good Shabbos

Avraham Avinu was the archetypical “gomel chessed” (benefactor of kindness).

A Medrash in Parshas Noach comments on the pasuk (Mishlei 21:21) “One who pursues righteousness and kindness (Tzedaka v’Chessed) will find life, righteousness, and honor (Chaim, Tzedakah, v’Kavod).” The Medrash interprets: The one who pursues Tzedaka refers to Avraham, as it is written, “…He observes the way of Hashem to do Tzedaka…” (Bereshis 18:19). And who is considered the Ba’al Chessed? Again, it is Avraham who did Chessed to Sora (by burying her). The conclusion of the pasuk in Mishlei thus also refers to Avraham: He is going to live a long life (he lived for 175 years); and he found Tzedakah and Kavod. The Medrash comments that Hashem said, “I am one who bestows kindness. You, Avraham, have taken over my profession. Therefore, come and wear my uniform – as it is written, “And Avraham was old, coming in days, and Hashem blessed Avraham with all.” (Bereshis 24:1) Apparently, the Medrash is saying that the uniform of the Ribono shel Olam is Ziknah (aged appearance).

And where, according to the Medrash, did Avraham demonstrate his great Chessed? It was through the burial of Sora. This Medrash is unfathomable! This is the example of the great attribute of kindness of Avraham Avinu? What kind of lowlife would not see to the appropriate burial of his wife upon her passing? Any decent human being would do no less. There are so many examples and Medrashim that could have been cited to demonstrate Avraham’s attribute of Chessed! Consider the great hospitality he provided for the three visitors that came in the heat of the day after he had just undergone Bris Milah at an advanced age. What is the interpretation of this Medrash?

I saw in the sefer Darash Mordechai that the Torah is trying to teach us a very important lesson that is unfortunately lost on many people: There are people in society who are the nicest people in the world. They would give you the shirt off their back. They do this for everyone else, except for their own family members. On the outside, they will fix your flat tire. They will do literally anything for you. But at home, they won’t take out the garbage. They won’t wash the dishes. They won’t vacuum when their wife is having a hard day. The Torah is saying that even though we all know that Avraham Avinu was a great Baal Chessed, what really counts to Hashem more than anything else is how he treated his wife. It is the old maxim—charity begins at home.

Many years ago, I mentioned the words of Rav Chaim Vital, but they are worth repeating: There are people who do Chessed with all other types of people, however they do not do favors for their wives and family members. They are confident that when they come up to Heaven, the Gates of Gan Eden will open wide for them. Woe is to them and woe is to their souls, for they do not know and they do not understand that all their acts of kindness are Hevel u’Reus Ruach (nothingness and evil spirit). First and foremost, a person must do Chessed with his wife and children. ‘Your own poor take precedence.’ Only after charity has begun at home do the good deeds that a person has done for others count.

That is why this Medrash portrays the prototype of the Chessed of Avraham Avinu as the effort he expended in properly burying his wife. This is the most important type of Chessed.

I recently read about an incident during which a young man complained to Rav Schach: “No matter whether Shabbos starts at 4 PM or 8 PM, my wife is never ready. The house is always a turmoil those last twenty minutes before Shabbos. “She always is just barely able to bentch licht on time” he complained. Rav Schach responded, “Take the broom and sweep yourself! Help your wife!”

For Someone Else, You Need to be an Apikores

I very recently heard the following thought in a shiur from the Tolner Rebbe of Yerushalayim.

Rivka is coming with Eliezer to meet her future husband. The Torah says, “And Yitzchak came from having gone to Be’er L’Chai Roi, for he dwelt in the south country” (Bereshis 24:62).

Avraham Avinu had been married to Hagar. At one point, Sora told him to send Hagar away. Avraham made her leave. But now, after the death of Sora, Yitzchak went to bring Hagar back.

The Tolner Rebbe, in his inimitable fashion, makes the following observation: Yitzchak is forty years old. He is what we call ‘an eltere bachur‘. Why was he not married yet when he was forty years old? Didn’t he go out? What was he doing? The answer is that Yitzchak was a Tzadik. He was a person who was removed from this world. Yitzchak presumably sat and learned in the Yeshiva of Shem and Ever, confident that ‘my father will take care of my shidduch’. My job is to occupy myself in the Service of Hashem. What will be, will be. I leave the matters of Shidduchim to the Almighty and to my father.

If Yitzchak is so removed from matters of this world that the last thing on his mind is finding a shidduch, what is he suddenly doing now? He is trying to find a Shidduch—for his father! So, you do know how to drive, or to take the subway, or to travel to New York to find Shidduchim! So why don’t you do it for yourself? The answer is that Yitzchak knew that he would be leaving the house. Sora is no longer here. Avraham Avinu would remain by himself, lonely and with no companion. Yitzchak determined: I need to remedy this situation. It is my responsibility to take charge of this matter.

This week’s write-up is adapted from the hashkafa portion of Rabbi Yissochar Frand’s Commuter Chavrusah Series on the weekly Torah portion. A listing of the halachic portions for Parshas Chayei Sora is provided below: