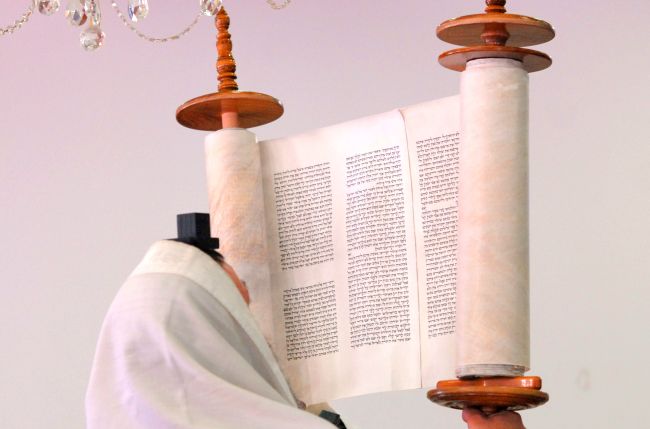 Hakhel Demonstrates the Centrality of Torah 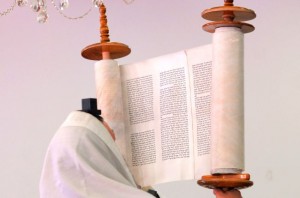 This week’s parsha contains the mitzvah of ‘Hakhel’. Once every seven years, following the end of the Shmita (the agricultural Sabbatical) year (like this year—the beginning of 5783—which also follows the end of Shmita), the King gathered all of Bnei Yisroel (who were already in Yerushalayim to celebrate Succos) and read to them from the book of Devarim.

The Sefer HaChinuch writes, concerning any person who neglects this mitzvah, for example a Jew who fails to attend or a King who fails to read the Torah, “…their punishment is very great, for this commandment is a fundamental pillar of the religion…”

We might not assume that Hakhel is such an important mitzvah. ‘Hakhel,’ is a mitzvas aseh (positive commandment) that is only performed once every seven years. We might assume that Lulav or Matzah or Tefillin or Krias Shema are more important mitzvos. Yet, the Sefer HaChinuch does not write regarding those mitzvos, “and their punishment is very great…”

What significance does the Chinuch see in this mitzvah? Rav Yitzchok Hutner (1907-1980, Rosh Yeshiva of Mesivta Rabbeinu Chaim Berlin), in a lengthy introduction to a reprint of the Ramo’s Darkei Moshe HaAruch, provides an insight into the mitzvah of Hakhel, including why it is so important. He bases his thesis on two inferences from the Rambam.

The Rambam (in Hilchos Chagiga 3:3) lists the sequence of the chapters in Devarim that were read by Hakhel: “From the beginning of the book of Devarim until the end of the parsha of Shema; then skip to V’haya im Shemoa. Then skip to ‘Asser T’asser’ and read in sequence until the end of the ‘Blessings and Curses’ until the words ‘besides the Covenant which He entered into with them at Choreb’ and then stop (u’posek).”

Rav Hutner asks, why does the Rambam need to add the word “u’posek”? If the Rambam says we need to read from here to there and he specifies the last words, then obviously, that is where we stop. Why does he make a point of stating “And that is where he stops”?

In addition, the Rambam in Hilchos Chagiga (3:7) refers to Hakhel as “Yom Hakhel” (The Day of Hakhel). This is a strange expression, which the Talmud does not use. What is the Rambam trying to tell us?

L’Havdil, there is something that is unbelievably important to us. That something is Kabalas HaTorah. We want everyone to relive that ‘Standing at Har Sinai’. How do we do that? By getting everyone together and reading the Torah.

That is why the Rambam adds the word “u’posek”. The words immediately preceding “u’posek” are “until the words ‘besides the Covenant He entered into with them at Chorev (Mt. Sinai)’”. We want those words to remain ringing in the people’s ears! We want to conjure up lasting memories of Chorev, of Har Sinai. Therefore, the King must dramatically stop his reading right there. Reading one more word beyond ‘Chorev’ would dilute the impact, destroying the whole point of Hakhel.

That is also why the Rambam refers to Hakhel as ‘Yom Hakhel’. Rav Hutner points out that if we take away the vowels of ‘Yom Hakhel’ the letters are precisely the same letters as ‘Yom HaKahal’ (the Day of the Congregation), which the Torah repeatedly uses (Devorim 9:10, 10:4, 18:16) to refer to ma’mad Har Sinai.

This indicates that Hakhel is a form of reenactment of Kabalas HaTorah. Why? Because as Rav Sadyah Gaon says, “Our Nation is not a Nation except through Torah.” For some, the idea that ‘We Are a Nation Because of Torah’ is a chiddush gadol (great novelty). There have been thousands and millions of Jews who have not always believed that. There have been Jews who believed that we are a Nation by virtue of a land and without a land we are not a Nation. Says Rav Sadyah Gaon, “No; We are a Nation only through Torah.”

There are some people who believe we are a nation through our language. There were some people who believed that the key to the Jewish people was Yiddish: Yiddish plays and Yiddish songs and Yiddish events. They are no longer around. The only people still around, who, in fact, read or speak Yiddish, are the people that they thought would never make it.

Now we need to wonder… If the point of this mitzvah is to bring home the centrality of Torah to Jews, when would we expect this once-in-seven-years event to be scheduled?

What did they do during the Shmita year? What happened in an agrarian society during a year when they could not plant, sow or harvest? They sat and learned Torah for an entire year. That was the nature of the Shmita year. The Jews recharged their spiritual batteries, learning most of the day. There was nothing else to do.

So, after they just finished an entire year of learning, and they now vividly appreciate the importance of learning, is that really the time when we need a ‘Hakhel’? Is that when the king needs to, again, read the Torah to them? Is it not enough that they have been learning Torah for the entire year? Now is the time when they need to learn more?

There is a lesson in this. The lesson is that someone who really loves something, can never get enough of it. Someone may have learned the entire year, but this—Hashem says—is when I want you to learn more Torah. It is precisely now that you can learn the lesson that there is never such a thing as getting enough of Torah, or getting tired of Torah.

I hate to give this example, but come and see. “We toil and they toil…”

And yet, millions and millions of people, after having watched it an entire day, want one more game. People pay millions of dollars to advertise during that last game because they know people will watch it! Why? Because if someone loves football, he can never get enough of football. If someone really loves something, he can never have enough.

That is what Hakhel is. Hakhel says “Yidden! Torah is central to being a Jew. Our Nation is not a Nation without Torah. And we need to love it, to almost be addicted to it. Even if we have had a solid year of Torah, we still want another vort, another shiur, another kashe and teretz—we want more—because it is so central to our lives.”

At the time of the year when we think, “how can we make next year better?” there is always one area that is open to everyone: A person can always find more time for learning. That is the message of Hakhel: There can never be enough of Torah learning; because it is so central, so vital, and because Our Nation is not a Nation except through Torah.