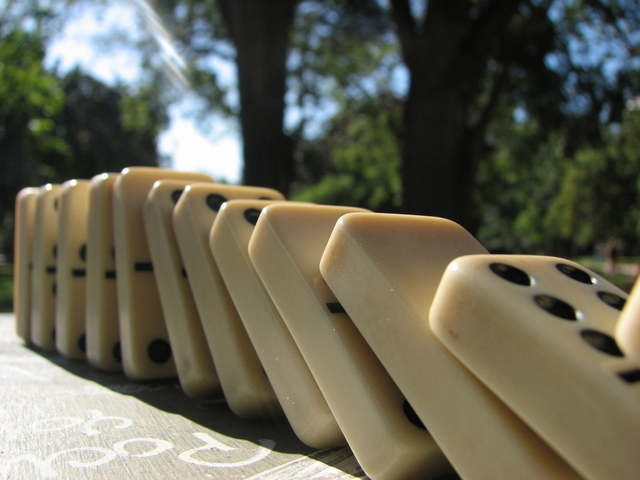 The Effect of an Action 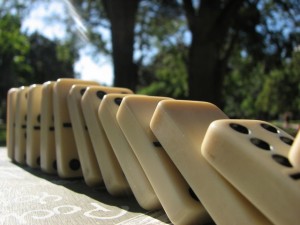 “Holy people you shall you be to Me: you shall not eat flesh of an animal that was torn in the field; to the dog you shall throw it.” — Shemos 22:30

The Torah tells us that if a sheep or goat is killed while grazing, it is called a treifa and should be given to the dogs to eat. Rashi explains that this is a reward for what the dogs did. When the Jewish People left Mitzraim, not a single dog barked. Since that was a kiddush HASHEM, for generations all treifas are to be fed to the dogs in repayment for what they did.

How can a dog be entitled to reward?

This Rashi is difficult to understand as we are dealing with animals. Animals are instinctual in their reactions. Granted, they can be trained to act in a particular manner, but they don’t have a conscious “I” that can weigh the different options and decide to act or not to act. They don’t have free will. In all of the physical Creation, only man was given that capacity. So how can a dog receive reward for its actions?

One of the most basic tenets of our belief system is that nothing happens by chance. HASHEM created, maintains, and orchestrates this world. In truth, man can accomplish nothing in this world. Every action and every outcome is determined and controlled by HASHEM.

If Reuvain was predestined to live to be 120, I can neither harm him nor help him. HASHEM will insure that His decree is fulfilled – and there is nothing that I can do to change it. Man is in effect powerless. This leaves him in a circumstance of being able to accomplish very little on this planet. The outcomes are already set.

To allow for reward and punishment, HASHEM created a system whereby it is considered as if man determined the outcome. If I am the one acting on the scene, the result is attributed to me. It is credited to my account even though that outcome was inevitable – because HASHEM had so planned it.

In our case above, if Reuvain received a judgment on the previous Rosh Hashanah that his time was in fact up, then he will die this year, whether by my hands or through some other cause. However, I might well be permitted to be his murderer. It might come about that I will be allowed to pull the trigger on a gun, and from that shot he will die. If this occurs, I will be held accountable. I am considered the one who killed him, even though his death was decided long before I picked up the gun. If I weren’t on the scene, he would have been hit by a car or a falling tree, but because of my choice, I am considered the one who did the act. I was allowed to become his murderer. And as such, I am responsible for his death.

So too, if someone intended to help Shimon and succeeded, we understand that good was coming to Shimon because HASHEM decided long ago. That is what he deserved. Had that individual not been on the scene, that same good would have come to Shimon through any one of many vehicles that HASHEM uses to run this world. Nevertheless, since that service came through the hands of an individual, that person is credited with the act. It is considered as if he did it.

Through the dogs a greater kiddush HASHEM came about

The answer to Rashi seems to be that via the dogs, there was a greater kiddush HASHEM. Everyone, both the Mitzrim and the Jews, saw a greater revelation of HASHEM’s hand because as an entire nation walked out, not an animal stirred. Through the animals a greater good was brought, and for that they deserve reward. Granted they didn’t intend it — they are animals — but through them came a good, and that is attributed to them. For that, they deserve reward.

There is a tremendous lesson for us in this concept. Every action that we perform affects others. If, in my business dealings, I act in a scrupulously honest manner and another Jew sees this and he then adopts that practice, I am given credit for his increased honesty. That is true even if he long ago forgot that I was the source of his change. Even though I didn’t intend it and may not be aware of it, through my actions he changed, so I am considered responsible for that difference. Everything that he does because of this impression is attributed to me.

The ramifications of this concept are astounding. On the good side as well as on the bad, whatever we do affects ourselves and others. If I act in a manner not befitting a Jew and others see me, it will likely affect them. If they in turn adopt certain bad behaviors, that will be credited to me also. But on the flip side, if I engage in appropriate activities and become a model for what is good and proper, I will be credited with the mitzvahs of everyone I influenced whether I intended it or not. Our actions count beyond what we imagine — even if they aren’t on the highest level of perfection.