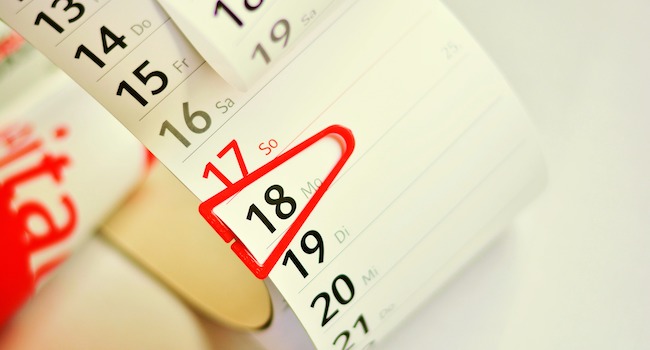 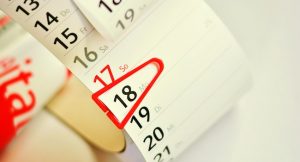 As Lag ba-Omer approaches, it is timely to call attention to a halachic problem which can easily arise. People frequently ask each other what day of the Omer it is. If one gives the correct answer – even though he does not intend to fulfill the mitzvah of counting the Omer by answering his friend – it is considered as if he fulfilled his obligation to count the Omer. This halachah, which is recorded in the Shulchan Aruch,(1) is based on an opinion in the Talmud that holds that mitzvos eimam tzrichos kavanah, mitzvos can be fulfilled even without specific intent to fulfill them. By uttering the correct day’s count of the Omer, he has lost the opportunity to recite a blessing over the counting since he has, in the eyes of the halachah, already counted the Omer, albeit unintentionally.(2) One should, therefore, not give a direct answer when asked for the day of the Omer; rather one should say: Yesterday’s count was such and such. Of course, this advisory applies only from sunset and onwards, since counting sefirah before sunset is invalid.(3)

The danger of inadvertently counting the Omer by a causal response or comment regarding what day of the Omer it is, is most prevalent on Lag ba-Omer. The very name “Lag ba-Omer” states that it is the 33rd day of the Omer count (as Lag is the letter equivalent for the number 33).(4) Thus on the evening of Lag ba-Omer after sunset, one should be careful not to express that “today is Lag ba-Omer” until after he counts the Omer with the blessing.

QUESTION: If, inadvertently, one forgot and responded with the correct sefirah count, is there any way that he can count again that night with the blessing?

QUESTION: May one repeat the sefirah with a blessing if, in response to the question, “What was yesterday’s Sefiras ha-Omer,” one mistakenly answered today’s count?

DISCUSSION: Yes, he may. Since his intention was to say yesterday’s count, it is considered as if he had specific intent not to fulfill today’s mitzvah. Although he mistakenly said the wrong (today’s) count, it still does not change the fact that he specifically intended not to fulfill the mitzvah.(13)

SHAVES AND HAIRCUTS ON LAG BA-OMER:

QUESTTION Is it permitted to shave or take a haircut on the evening of Lag ba-Omer or does one need to wait until the morning?

DISCUSSION: The Rama(14) says that haircutting may not take place on Lag ba-Omer until “Lag ba-Omer itself, not the evening [before].” The poskim debate what the Rama meant: Some(15) say that he meant to exclude the evening before the day of Lag ba-Omer. In their view, haircutting may begin only on the morning of Lag ba-Omer. This interpretation is based on the fact that Lag ba-Omer itself is still included in the days of mourning over the death of the disciples of Rabbi Akiva. The halachic principle of miktzas hayom kekulo – a small part of the day is considered like a whole day -permits us to lift the mourning restrictions after a small part of the day has passed in mourning.

Other poskim,(16) however, reject this interpretation of the Rama’s ruling.

Both of these views are quoted in the Mishnah Berurah, who does not render a clear decision on this issue. In many communities it has become customary, based on the previously mentioned view, not to take a haircut or a shave until the morning of Lag ba-Omer. But in an area where a clear custom does not exist, or in case of necessity, one may be lenient and take a haircut or a shave immediately upon nightfall of Lag ba-Omer.(17) [Concerning weddings, however, there are poskim who hold that they should not be held on the evening of Lag ba-Omer,(18) while others are lenient in regard to weddings as well.(19)]

2 Although basic halachah follows the opposing view – that one must have specific intent when fulfilling mitzvos – still, in deference to the view according to which one would have fulfilled the mitzvah, we do not recite the blessing on the (second) sefirah; Mishnah Berurah 489:22 and Beiur Halachah (s.v. sh’eim and eino).

4 See Sha’arei Teshuvah 489:1 and Beiur Halachah (s.v. moneh) who quote various views as to whether or not one fulfills the mitzvah of sefirah by counting with roshei teivos.

5 Mishnah Berurah 489:20 and Sha’ar ha-Tziyun 25. L’chatchilah, however, one should not rely on this leniency and should avoid stating the correct number even without saying “today,” Kaf ha-Chayim 489:53.