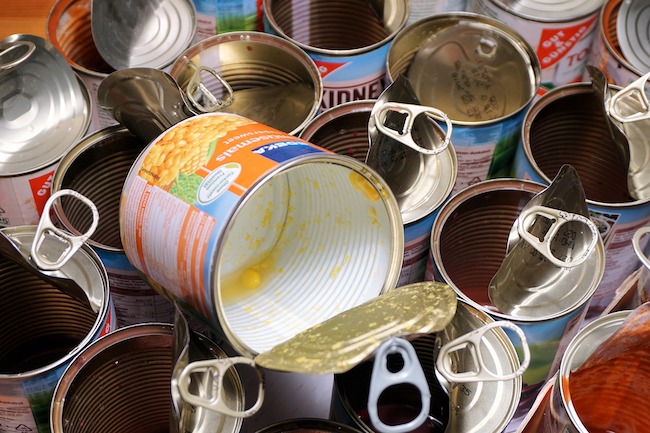 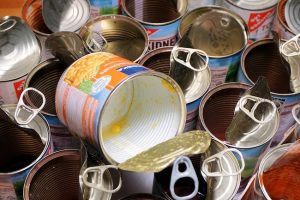 The complicated question of opening cans and bottles on Shabbos has been debated at great length among contemporary poskim, and in the final analysis, there is no consensus as to the practical halachah. This Discussion, however, is to explain the halachic principles involved and to familiarize the reader with the main schools of thought regarding this complex subject.

There are six possible Biblical or Rabbinic prohibitions one may violate when opening bottles, cans or boxes on Shabbos. They are: 1) Korea—Tearing; 2) Makeh b’patish—Completing the formation of a utensil; 3) Fashioning an opening, also a violation of Makeh b’patish; 4) Mochek—Erasing; 5) Mechatech—cutting or tearing to a specific size; 6) Soser—Destroying a utensil. In order to avoid violating any of these strict Shabbos prohibitions, it is highly advisable and strongly recommended that one open all bottles, containers and wrappings before Shabbos. Most people have a mental “checklist” of “things to do” on erev Shabbos, and opening boxes, bottles and bags of food and drinks should be on the list. Our Discussion, therefore, is aimed at those who forgot or failed to prepare properly for Shabbos.

Tosefta[1] cites the following halachic decision which is quoted by all of the poskim[2]: “It is permitted on Shabbos to rip the skin (in olden times, skins were used to seal barrels) off the top of a barrel (as long as there is no intention of creating a spout).” There is a great deal of controversy among the poskim as to why this is permitted, since it is prohibited to tear on Shabbos. Several explanations are given, but let us focus on the two basic approaches:

The Chazon Ish[3] explains that it is permitted because the ripping is done in a destructive manner. The person who opens the barrel has no interest in preserving the cover for later use. A Shabbos Labor done in a destructive manner is not considered a melachah and is permissible even mi-d’Rabbanan. The Chazon Ish permits ripping off a salami wrapper, for example, since the wrapping is destroyed while it is being ripped. Thus, according to this approach, it is permitted to rip something on Shabbos only if the packaging will be destroyed as it is being opened.

Other poskim[4], however, explain the Tosefta differently. The reason it is permitted to rip the skin off the barrel (or the wrapper off a package, etc.) is that the wrapper is totally “subordinate” to its contents. Removing the wrapper is like removing a nutshell from a nut or unwrapping the binding which surrounds dates from the fruit—both of which are clearly permissible according to the Shulchan Aruch[5]. As long as one is tearing for the sake of removing contents from a package, it is permissible to tear. According to this approach, it makes no difference if the package is destroyed in the process or not; even if the wrapper remains partially intact and is able to retain its contents, tearing is permitted. Still, even according to this view, it is forbidden to tear the packaging with the intent of reusing at a later date, since in that case one is completing the formation of a utensil on Shabbos—Makeh b’patish.

This debate has ramifications for opening cans on Shabbos as well. According to Chazon Ish when one opens a can one “completes the formation of a utensil.” Before the can was opened it was a “closed shell,” unusable as a utensil. After it is opened it becomes a container which can serve as a utensil. Since it was not destroyed in the process of being opened, it is forbidden to be opened on Shabbos. [In the view of yet other poskim[6], opening a can is not “completing the formation of a utensil” but rather “breaking an existing utensil” which is also prohibited on Shabbos.]

But the other poskim mentioned earlier do not consider opening a can as “completing the formation of a utensil” [nor do they consider opening a can as “breaking an existing utensil”]. In their view, since cans are generally discarded after their contents are removed, no usable utensil is created. Opening a can is merely like the peeling off of a “shell,” which is a permissible activity. Indeed, if the can is made from durable material which is meant to last and be reused in the future, then it is prohibited according to all poskim to open it on Shabbos, since none of the leniencies mentioned above apply.

Question: Most bottle caps in use nowadays[7] either leave a ring around the bottle neck or perforate along the edge when the bottle is opened. Is it permitted to open them on Shabbos or Yom Tov?

Discussion: This question is widely disputed among contemporary poskim. The debate centers around two basic issues. 1) Unscrewing a cap renders it a functional utensil, since before unscrewing it serves as a seal and it now becomes a cap which may be used as a cover[8]. Thus, the first time the cap is unscrewed, it completes the formation of a utensil—the bottle cap—which may be a violation of Makeh b’patish[9]. 2) Unscrewing the cap at the perforated edge may be a violation of Mechatech, since the cap is being cut down to a specific size. There are conflicting views among the poskim in regard to the practical halachah[10]:

1.Some poskim prohibit opening all bottle caps that leave a ring or perforate along the edge. Some consider it Mechatech[11], while others consider it Makeh b’patish[12].

2.Some poskim permit opening plastic bottle caps but forbid opening the ones made from metal[13]. This is because plastic caps are functional even before they are screwed onto a bottle (as opposed to metal ones which—due to differences in technology—become operational only after being unscrewed from the bottle the first time).

3.Some poskim permit opening all bottle caps, since in their opinion neither makeh b’patish nor mechatech is being violated[14].

Contemporary poskim agree that it is forbidden to open bottle caps which are stamped with the date of production, etc., and the letter formation will be broken or erased when unscrewing the bottle cap.

Question: Is it permitted to open a soda or tuna-fish can on Shabbos?

Discussion: In the opinion of Rav S.Z. Auerbach[15] it is permitted to open both a soda can or a tuna fish can on Shabbos. He explains that Makeh b’patish does not apply to any utensil which will be discarded after its contents are removed, even if the contents are not removed immediately but will remain in the can for some time. In addition, he holds that Mechatech does not apply when lifting off a tab from a can of soda or beer, since one is not aiming to make a tab of a certain size, but rather to lift the tab off in the easiest way possible, which is where the manufacturer perforated it.

There are other poskim who forbid the opening of all cans on Shabbos for various halachic reasons—either because of Mechatech, Makeh b’patish or Soser[16]. Those whose custom is to follow the more stringent opinion should continue to do so.

Question: Is it permitted to rip off the packaging of wine bottles, coffee jars, candy bars, paper goods, sugar packets or other items necessary for Shabbos?

Question: Is it permitted to rip open a corrugated box which contains packages of cookies or paper goods, etc.?

Discussion: It is permitted to rip off the tape which seals this type of box. But it is forbidden to open such a box if the flaps are glued together tightly and must be separated to open. Corrugated boxes are often reused after their contents are removed, and one is particular to open them in a manner which is not destructive, so that it can be reused. This may be a violation of Tearing[19].

But it is permitted to open a cookie or cereal box or bag, even if one does not immediately empty out its contents and even if the box or bag is not destroyed in the process. It makes no difference if the box is made out of cardboard, plastic or paper, nor does it make a difference if the box contains food or something else such as medicine, clothing or toys. It is only prohibited to open a container which is made of strong, long-lasting material such as a barrel or a corrugated box which might be reused in the future[20].

Question: Leben or yogurt cups sometimes come attached to each other and must be separated along a perforated line before they can be eaten individually. Is that permitted to be done on Shabbos?

Discussion: Contemporary poskim debate whether or not it is permitted to separate attached yogurt or leben cups from each other. Some consider it a violation of Mechatech and Makeh b’patish[21], while others hold it is permitted altogether[22].

General note: Even if one mistakenly opened a can or a bottle in a manner which is clearly prohibited, it is not forbidden to eat the food or beverage[23].

8. Even if the cap was partially unscrewed before Shabbos, but it remained attached to the ring, it is prohibited to unscrew it further on Shabbos; Binyan Shabbos, vol. 1, pg. 158; Meleches Shabbos, pg. 343.

10 The same debate applies to plastic containers which are sealed with a plastic lid which is secured to the bottle by means of a plastic strip which is pulled off in order to open the container; see Binyan Shabbos, vol. 1, pg 108 and 246. See also Orchos Shabbos 12:20.

17. Entire paragraph based on rulings of Rav S.Z. Auerbach (Shemiras Shabbos K’hilchasah and Tikunim u’Miluim 9:12-13; Me’or ha-Shabbos, vol. 1, pg. 496). Simple designs such as a square or a frame are not considered pictures; see Orchos Shabbos 15, note 28.