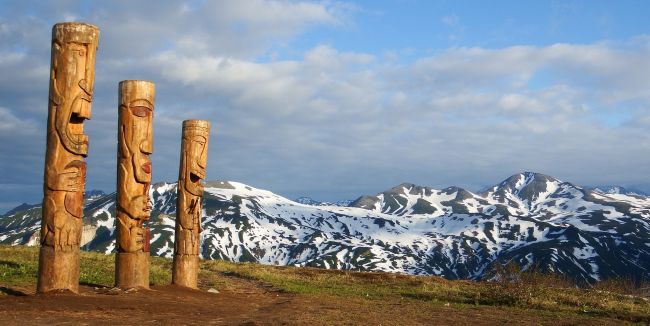 Idolatry and the Customs of the Nations

4. Idolatry and the Customs of the Nations – Avodah Zarah ve-Chukos ha-Goyim

It is forbidden to worship any created thing. Even if the worshipper knows that Ha-Shem is G-d, and he is worshipping this created thing because he believes that G-d wants it to be honored, he is still regarded as an idolator. This is what the Torah warned against: “And lest you lift up your eyes to the heavens and see the sun and the moon and the stars, all the host of heaven that Ha-Shem your G-d apportioned to all the nations, and you are drawn away and bow down to them and worship them”1 — that is, lest you think that these are the leaders which G-d gave to the world and it is therefore proper to bow down to them and worship them. And on the same subject He commanded “Take care lest your hearts be deceived [and you turn away and worship other gods and bow down to them]”2 — that is, lest you err in your hearts and worship these as intermediaries between yourselves and the Creator.a The commandment against idolatry is as important as all the other commandments combined. A person who accepts idolatry denies all of the Torah and the prophets. A Jew who becomes an idolator is like a non-Jew in all respects.b

It is forbidden even to look at idols or to study how they are worshipped, as it says “Do not turn toward idols”,6 and it says “And lest you inquire after their gods, saying `How do these nations worship their gods'”9; for this can lead you to do as they do, as it says “that I too may do so”.9,f It is forbidden to turn toward idolatry even in one’s mind; we are warned against all thoughts that might lead to the uprooting of any of the basic principles of the Torah, as it says “And you shall not wander after your hearts or after your eyes which you are used to straying after”.10,g

We are commanded to destroy idols and everything used in their worship, as it says “You shall destroy all the places where the nations… worshipped their gods… and you shall break down their altars and smash their pillars and burn their sacred trees and chop down their idols and destroy their name out of that place”.15 “Thus shall you do to them: break down their altars, smash their pillars, chop down their sacred trees, and burn their idols”.16,k It is forbidden to derive benefit from any of these things, as it says “And you shall not bring an abomination into your house”,17 and it says “You shall burn the idols of their gods in fire; you shall not covet the silver and gold on them and take it for yourself”.18,l

b) Incitement to Idolatry

It is forbidden to prophesy in the name of idolatry or to prophesy falsely even in G-d’s name, and it is forbidden to listen to such a prophet, as it says “But the prophet who presumes to say something in My name that I did not command him to say or who speaks in the name of other gods, that prophet shall die… you shall not fear him”,21 and it says “If a prophet arises among you…saying `Let us go after other gods’… you shall not listen to the words of that prophet”.22,o

Divination and sorcery are forbidden; the Torah enumerates many specific types: “Do not turn to ghosts or familiar spirits”29,s; “[You shall not learn to imitate the abominations of those nations;] there shall not be found among you one who passes his son or daughter through fire (this refers to Moloch worship: “You shall not give of your seed to pass to Moloch”30,t), a diviner, a soothsayer, an enchanter, a sorcerer, a charmer, one who consults a ghost or familiar spirit, or a necromancer”31; “You shall not practice divination or soothsaying”.32,u

d) The Customs of the Nations