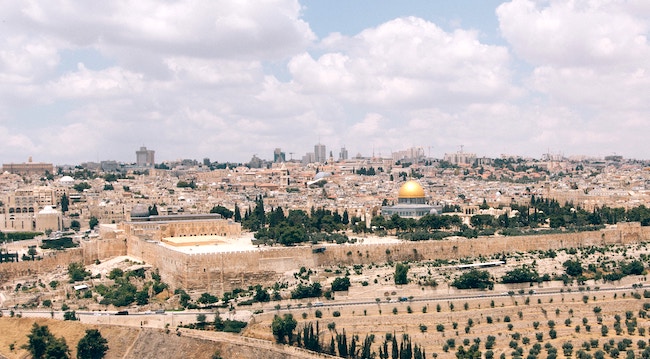 What Took So Long for Yaakov to Remember to Daven on Har HaMoriah? 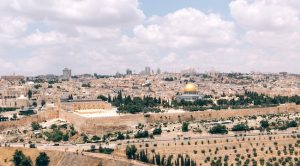 These divrei Torah were adapted from the hashkafa portion of Rabbi Yissocher Frand’s Commuter Chavrusah Tapes on the weekly portion: #1096 – Davening With A Minyan – Obligation Or Just A Good Idea? Good Shabbos!

Yaakov leaves Be’er Sheva and travels to Charan. He is headed back to the “Old Country,” the birthplace of his mother and the place where uncle Lavan lives. Charan was in Mesopotamia – which today is in Turkey, near the border with Syria. At any rate, it is quite a distance from Eretz Yisrael. Rashi cites Chazal on the expression “Vayifgah b’Makom” [Bereishis 28:11] that Yaakov was struck by the fact that somehow, he passed the place where his father and grandfather had prayed and he did not stop to pray there himself. He therefore set his mind to return, and went back to Beis El.

The Gemarah in Tractate Chullin [91b] teaches that Yaakov’s return to “the place where his fathers prayed” took place in a miraculous fashion, involving “kefitzas haderech” (allowing him to travel a great distance in a short amount of time). According to Chazal, the Almighty compressed the earth. Suddenly, Yaakov, who was already in Charan, miraculously found himself back on Har Hamoriah.

I saw an interesting question in a sefer called Machat shel Yad from Rav Yitzchak Frankel. Imagine if you know someone whose parents are buried in Paramus (New Jersey). The fellow is travelling on the New Jersey Turnpike and he passes the exit to Paramus. Suddenly, he thinks to himself, “I just passed the cemetery where my parents are buried. Since I am in the neighborhood, how can I not visit ‘Kever Avos?'” He makes a U-turn, goes back a couple of miles, and comes to the cemetery.

That is not what took place here. “And Yaakov left Be’er Sheva…” [Bereishis 28:10] He leaves Be’er Sheva, which is approximately 50 miles south of Yerushalayim. He passes Yerushalayim and continues all the way to Charan – perhaps 500 miles to the northeast. Suddenly he says, “Guess what, I passed Yerushalayim and I did not daven over there!” What took him so long? Where have you been for the last 500 miles? It had to have taken him months to make this journey, and suddenly now he remembers that 50 miles out of Be’er Sheva, he neglected to stop at Har Hamoriah? The equivalent is to have parents buried in Virginia, and he drives from Maryland to Florida. Upon reaching Georgia, the driver suddenly shouts, “Woe is me! I passed Virginia! I need to turn around now and drive all the way back up Interstate 95!” That is what happened here. What was Yaakov thinking?

Rav Frankel gives an interesting answer. However, I would like to sweeten his answer with a very beautiful idea from Rav Yaakov Kamenetsky’s Sefer.

Chazal say that when Rivka told Yaakov to run away and go to her brother’s house in Charan, Yaakov did not go there directly. He spent fourteen years in the Yeshiva of Shem and Ever. Until Yaakov was fifteen, Yaakov Avinu learned with his grandfather Avraham. At the time he was now leaving home, he was already in his sixties. He was known as “One who dwelt in tents.” That means he had been learning for at least 45 years with his father Yitzchak. After learning so many decades with Avraham and Yitzchak, now he needs to learn fourteen years in the Yeshiva of Shem and Ever? Why? What was he missing?

Beyond that—we need to ask—was he not disregarding his parents’ instructions? Imagine your father tells you, “Go out to the store and buy me a bottle of milk.” You go outside and start walking to the grocery store. Suddenly you say, “You know what? I have not learned today.” You take a short cut to the Beis Medrash. You stay there for five hours, then you leave, and on the way home, you pick up a bottle of milk at the grocery store. Your father will shout, “What took you so long? Did you go milk a cow? Where have you been for the last five hours?” You will answer, “I was learning in the Beis Medrash!” Very nice. However, when your father asks you to get a bottle of milk, you do not first go and spend five hours in the Beis Medrash!

Rivka told Yaakov to go to Padan Aram and stay there. Yitzchak told him to go find himself a wife from his mother’s family. However, Yaakov spends fourteen years in the Yeshiva of Shem and Ever before doing anything else! How are we to understand this?

So, we have two questions: 1) Why did Yaakov need it? What was missing in his education until now that required him to spend fourteen years in the Yeshiva of Shem and Ever? 2) How can Yaakov justify seemingly ignoring his parent’s directive for fourteen years, before traveling to Charan?

Rav Yaakov gives a very famous explanation. He says that Yaakov did need something at the Yeshiva of Shem and Ever that he could not get at home from his father or grandfather. There was something in that Yeshiva that Yaakov had to learn, that he did not receive from his parents. What was that? Shem (the son of Noach) was a product of the Generation of the Flood (Dor HaMabul) and Ever (the great grandson of Shem) was a product of the Generation of the Dispersion (Dor Haflaga). Both of them not only survived, but thrived, in a spiritually hostile environment. The society and surroundings in which they grew up were the antithesis of the Divine Will and the antithesis of holiness. Somehow or another, they were able to overcome their surroundings and remain steadfast in their Service to the Almighty.

Avraham and Yitzchak raised children in pristine environments. The House of Avraham and the House of Yitzchak were mini Batei Mikdash (Holy Temples), or certainly at least mini Batei Kneses (Synagogues). When Yaakov learned with his grandfather and father, certainly he learned all the Torah and he learned to be a Servant of G-d and emulate all that Avraham and Yitzchak gave over to him. However, that would not help in Charan. Charan was a different environment. Chazal use the expression, “Why was it called Charan?” Rashi explains that the name comes from the term “Charon” (anger) – “Until Avraham came along, there was Charon Af (Divine Anger) in the world.” Apparently, Charan was not as evil as Sodom and Amorah, but it still incurred the wrath of the Ribono shel Olam.

Yaakov Avinu says to himself, “I am headed to Charan. I need to learn a spiritual approach which will teach me how to survive in such a corrupt environment.” That is why he went to study in the Yeshiva of Shem and Ever.

Rav Yaakov Kamenetsky also explains another teaching of Chazal with this idea: In Parshas VaYeshev, on the pasuk “And Israel loved Yosef more than all his sons because he was a Ben Zekunim (literally, a child of his old age) to him” [Bereishis 37:3], Rashi interprets the term Ben Zekunim as Bar Chakim—a wise son. Yaakov taught Yosef all the Torah he learned in the Yeshiva of Shem and Ever, in order to make him a wise son.

This is why the brothers were jealous of Yosef. “Why is father teaching only Yosef this special aspect of Torah? Why don’t we get that?” They did not understand that specifically Yosef was going to need this education. Yosef was going to go down to Egypt, and needed to survive there and set up an environment that would allow the rest of the family to come there and survive as well.

That is why Yaakov spent fourteen years in the Yeshiva of Shem and Ever. Now that we know this, we can return to Rav Frankel’s question, and understand the following:

Yaakov spent fourteen years learning this special curriculum. He feels, “I am now prepared to go on to Charan.” Then he finally arrives in Charan. Picture the following analogy. There is a farmer from the Midwest. All his life he has been in “normal Kansas,” in the middle of the Corn Belt and the Wheat Belt. All he knows is farming. He is going to take the big trip to New York City. He looks at the maps and at the atlas. He looks at pictures and videos. He sees pictures of the big buildings and the skyscrapers. Wonderful!

He arrives in New York. He boards the subway. Suddenly the subway pulls into the Times Square subway station. Boom! Have you ever been to Times Square? The lights assault you. Despite all this preparation, the Kansas farmer is stunned by what he sees. He never dreamt of what Times Square was really like. (“One cannot compare hearing about something to seeing it”)

Similarly, Yaakov Avinu arrives in Charan. He thinks he is prepared. “I spent fourteen years in the Yeshiva of Shem and Ever preparing for this moment!” When he arrives in Charan, fear overtakes him. How am I going to survive? I do not think I can manage! So even after the fourteen years in the Yeshiva of Shem and Ever, Yaakov was scared. He said, “You know what else I need? I need Zechus Avos (ancestral merit). I need to pray in the place of Har Hamoriah. I need to go back to pray in that holy place where my father and grandfather prayed because my Torah alone – even including all the Torah I learned at Shem v’Ever – will not be enough to get me through this.”

So now Yaakov is ready to go all the way back from Charan. Why? Because he needs the prayers! Then the Almighty did a great kindness for him. “I will bring Har Hamoriah to you.”

This explains why it took several hundred miles for Yaakov to realize, “How could it be that I passed the place where my parents prayed and I did not stop there to pray?” Until now, he thought he was prepared. However, when he saw the reality of what Charan was like—a city that was not only decadent, but was full of thieves and cheaters—at that point, Yaakov said, “I need more than the special Yeshiva training. I need special Tefilos (prayers) as well.”