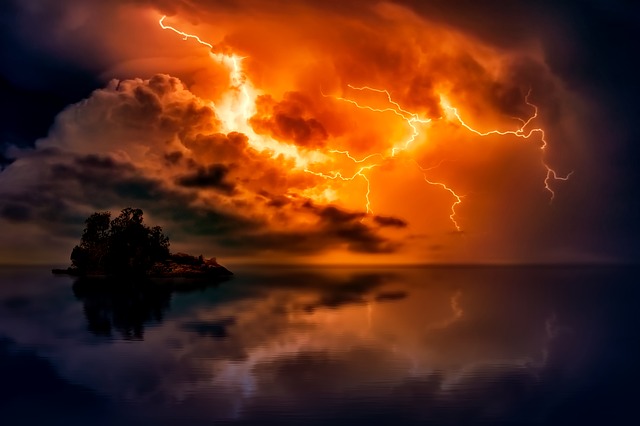 There are certain character traits which a person is forbidden to accustom himself in, even in moderation. Rather, he must distance himself to the opposite extreme. One such trait is haughtiness… (Translation omitted; appeared in past classes.)

So too is anger an exceedingly bad quality; one from which it is proper that one distance himself to an extreme. A person should train himself not to anger even on a matter regarding which anger is appropriate. And if a person wants to instill awe upon his children — or if he is an administrator / provider (‘parnais’) and wants to anger at the community members in order that they mend their ways, he should only feign anger in their presence in order to castigate them, but his mind should be composed within. He should act as one impersonating an [angry] man while not being angry himself.

Therefore, [the Sages] instructed us that one should distance himself from anger so much so that one accustoms himself not to feel even things which [would ordinarily] incite one to anger. And this is the ideal path.

It is [further] the way of the righteous that they are insulted / abused (‘aluvim’) but do not insult back; they hear themselves being disgraced and do not respond. They act out of love and rejoice in suffering. Regarding them does the verse state, ‘And those that love Him are as the emergence of the sun in its power’ (Judges 5:31).

For the past two weeks we’ve been discussing arrogance. That was the first trait the Rambam instructed us to avoid to an extreme. We now arrive at the second such trait — anger. Our discussion here will follow a pattern very similar to our treatment of arrogance. We will first attempt to gain some insight into the precise evil of anger — just what is so thoroughly wicked and irredeemable about it that brooks no room for compromise. And we’ll then point out and attempt to resolve the contradiction in the Rambam’s words — in that he earlier chose anger as an example of a trait in which one should take the middle path.

Let’s first look at the Rambam’s first quote — that anger is tantamount to idolatry. As we know, idolatry is virtually the worst sin imaginable in Judaism. It is taking the awe and fear of an infinite G-d and attributing it to some finite, lifeless part of His creation — be it a molten image, flesh-and-blood creature, or heavenly body. Now we tend to think of idolatry as a backward and archaic practice. Primitive man, searching for meaning and stability in a cruel and senseless world — and too afraid or unsophisticated to comprehend that a finite world must have an infinite Source — turns to statues, forces of nature or the heavens in hope of explaining and perhaps even controlling the inexplicable.

And, our thinking must continue, man has thankfully progressed well beyond this today. We’ve given rational explanations for what was heretofore incomprehensible. And what we cannot explain we attribute to decidedly non-sacred causes, be they evolution, determinism, or quantum mechanics.

(I had the frustration of reading some years back an article about what today is termed NDE — near death experiences, in which people on the brink of death and complete cranial shutdown suddenly gain heightened awareness. They typically float to the top of the room (and actually look down on themselves (their bodies, that is)) and see before them deceased relatives and a passageway leading them to heaven. There are many recorded cases of such people, after being revived, of being able to relay facts about their surroundings which they couldn’t possibly have been aware of anesthetized and under the knife — and often they report having seen relatives they weren’t even aware had passed on.

To the believer (or believer-to-be if he would only examine the evidence with a modicum of intellectual honesty), clearly the soul has departed the body and prepares for its journey to the heavenly tribunal. (And though we don’t know from Jewish tradition precisely what happens to the soul after death, practically all the facts thus far observed are perfectly consistent with the many recorded cases and statements in Jewish literature — such as that already-departed souls come to escort the newly-deceased soul to heaven, and even of people being revived shortly after passing on.) Even science does not deny the existence of such cases: there have been far too many to disregard. Yet as to be expected they come up with the usual slew of cockamamie theories for what is actually transpiring — once again managing to explain away a G-d who is staring them in the face.)

Anyway, returning to our subject, we tend to think of idolatry as a thing of the past. Yet our Sages, in their wisdom and perception, tell us that the person of angry temperament performs this same terrible sin. How so?

Have you ever noticed how people act when they’ve “lost it” in anger? They lash out; they rail. They strike whatever is closest. They slam the door, bang their fist on the table. Why? What did the poor, defenseless table do to deserve such treatment? It’s not the table they’re angry at, is it? Why is such behavior the natural reaction to frustration?

The answer is that often we anger out of extreme frustration. Things aren’t going my way, nothing is getting done, someone isn’t listening to me. And what’s my reaction? I lash out. I strike against whatever is nearest — hopefully an inanimate rather than animate object. And that actually sometimes helps. How? What do I achieve with that? I was reasserting myself. Life was out of control; I couldn’t get anything done. But now subconsciously I’ve shown that I exist. I make a difference; I have reality. I control my surroundings: I can hit, yell, bang my fist, frighten others, and hurt their feelings. And in my own perverted way, I have shown that I am the master of my own little world.

We overact in anger because we feel our sense of control has been compromised. No one is listening to us; nothing is getting done. And as a result, we have to show the world we cannot be ignored, that we are here and that our will must not be trifled with.

But is it truly we who control the world? Isn’t G-d the Controller of all things? Isn’t it His universe and not ours? And if things don’t go our way, isn’t that ultimately G-d’s doing and G-d’s decision? Should I really anger because it has become clear to me that I’m not the boss?

One who feels he has to strike out against a heedless and uncaring world to make it clear he’s in charge is denying the basic premise that G-d controls the world — the single-most basic premise of existence.

And so, anger at its worst is idolatry. It is living in a man-centric rather than G-d-centric world. And as the Rambam writes, there is no room for such an attitude in our psyches. It’s either G-d’s world or our own; there can be no middle ground. (Based on a thought heard from my teacher R. Yochanan Zweig.)

Let’s quickly deal with the other statements the Rambam quotes regarding anger. They shed even further light on this matter. The Rambam stated that a prophet who angers will lose his prophetic spirit. This clearly follows from our basic thesis above. If anger stems from a perception that I and not G-d am master of my surroundings, it certainly stands to reason that such a body cannot enjoy close prophetic communion with the G-d he has just cast away.

The Rambam makes two other statements along a slightly different track. The first is that the angry fellow’s wisdom will depart from him. This is simply because when we are angry we do not think straight. Any of us who have had the ill fortune of living, working or spending time with a hot-tempered person (or who’ve had bouts of being one ourselves) are often surprised how otherwise intelligent and rational people act so ridiculously when angry. They blow up over such trivial issues; they see the most vicious motives behind another’s completely innocent behavior. And if things aren’t just perfect for them, they just won’t play the game: they won’t eat anything for supper! And by the way, don’t try to reason with them either; just stay out of their way till their brains come back on line.

(Even from the anonymity of the Web, people occasionally write me how miserable an upbringing they had, what tyrants and overgrown babies their (often highly-respected) fathers really were at home. And it just so saddens me to think of the harm it must have done them as youngsters. Although there are actually some benefits to being exposed to difficult personality types (psychologists observe that people who grew up with “ticking-bomb” fathers are much better at reading other people — they become great marketers; my teacher R. Moshe Eisemann also pointed out that such people have some hope of understanding what “fear of Heaven” truly is), none of this could ever outweigh the damage. One’s childhood years, which should be filled with warmth, security, encouragement, and the building of self-esteem are instead a time of turbulence, heartache, and verbal (if not physical) abuse. And a damaged child is so much more at risk of turning into an troubled teen — and an unstable adult, “avenging” his father’s abuse by taking it out on his own kids.)

Needless to say, we can equally well understand the Rambam’s final statement — that the hothead’s life is not a life. Not being able to tolerate contrariness and the frustrations which are invariably the lot of man, the angry person will live in a constant state of turmoil and irritability. And his loved ones will live their lives treading on eggshells, with the underlying tension of having a ticking bomb in their midst, which at any moment and with the most unexpected provocation will erupt.

(Once when I was a young yeshiva student, studying in Israel, I spent a Sabbath with a family in which the father was one such tyrant, angry and annoyed practically no matter what his wife and kids did. Children in such families do learn how to humor such a father and for the most part know which fuses to avoid. But they moved out — and far — basically as soon as they were old enough. And unfortunately, we think we’ve recognized the mistakes and bad behavioral patterns of our parents and know to avoid them ourselves, but we often find ourselves slipping into those exact same patterns.)

Thus far we have discussed the precise evil of anger and why it is so unacceptable from a Jewish perspective. Most other traits have a place somewhere in our lives. There’s a time to be extroverted and a time to clam up, a time for aggressiveness and a time for caution. But there is never a time for idolatry. If we do not live with that most basic premise that this is G-d’s world, we will truly never have a life — neither we nor our loved ones who depend on us.

Next week, G-d willing, we will discuss when and where there is room for anger, as the Rambam himself earlier stated.