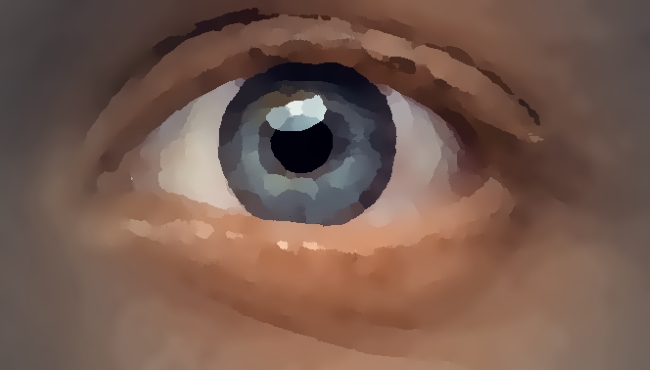 …Neither should a person be overly greedy (lit., ‘one of a wide soul’), obsessed with the pursuit of riches, nor one lazy and neglectful of work. Rather he should be one with a good eye, [of] little work and [who instead] ‘works’ in Torah study. And the little which he does acquire (lit., ‘which is his portion’) he should be happy with.

Last week we began discussing the concept of a good eye. The Rambam states that rather than being too obsessed with riches or too lazy, one should have a good eye and work the proper amount. We asked how is this “good eye” the solution to work imbalances. Having a good eye would seem to imply looking favorably upon others and not being jealous of them. This might be a good solution to overworking if the only reason we overwork is to keep up with the Joneses, but I simply don’t think this is true. What about man’s inherent drive for money? What about the workaholic who drives himself for prestige and fulfillment, or simply to rise in his profession? And finally, is a good eye the Rambam’s solution to working too little (as his language implies) — or did the Rambam simply neglect to address that shortcoming?

We then quoted a passage in the Talmud (Bava Metziah 42a), that one who is going to measure his store of grain may pray to G-d that his grain “increase”. He may not, however, do so once he has already measured it, for a blessing only descends on that which is hidden from the eye. As we explained, the idea does not seem to be that G-d starts playing around with the Laws of Nature as soon as our backs are turned. G-d does not lightly trifle with the laws He Himself set in motion. As the Midrash elsewhere states, G-d made specific conditions with His creations to override their ordinary behavior at various point in history — such as the sea to split for the Children of Israel or the sun to stand still for Joshua.

Rather, the key to fathoming the above passage lies in a better understanding of the nature of the human eye. As my teacher R. Yochanan Zweig explained, placing one’s eyes on something is a form of control. If a person stares unabashedly at someone else, it’s a form of saying he has rights over that person. The other has no rights to his or her privacy; I can look wherever I want without shame. Likewise, staring someone down or looking him in the face are forms of asserting yourself over him. He is cowed before you; he is under your domination. (I’m sure many of us remember the “give-me-look-at-me-time” our mothers put us through when they wanted our complete obedience or to see if we were telling the truth.) Likewise a parent who is truly worthy of his role rarely needs to yell and to hit. He just has to look at his child, and the child will instantly fall into place. Eyes are thus a means of controlling that which is outside a person.

This is the meaning of the Talmud as well. If I have already laid my eyes on my grain, it’s mine — and will certainly not start miraculously multiplying. Looking over my grain and tallying it up are forms of asserting my authority over it. (A parallel passage in the Talmud there is that blessings descends only on that which man’s eyes haven’t taken control of (via looking).) And what is man’s is surely bound by the rules of the physical world.

If, however, I haven’t laid my eyes on it, it may increase. This is not because G-d starts playing around with nature when our backs are turned. It is because that which man hasn’t taken control of is still G-d’s. Man has not looked at it: he has not taken it as his own. It still resides in the infinite domain of the Almighty. It is G-d’s bounty, not yet transferred to the world of man. And in an unbounded, infinite universe, quantity is meaningless. The Laws of Nature do not even begin to take hold.

With this we can understand the true meaning of a good eye. A person with a good eye is not simply one not jealous of others. He views the world as “good”: as part of G-d’s all-good and infinitely-worthy universe. He doesn’t look at his surroundings possessively — in terms of “his” versus someone else’s, in so doing removing it from the realm of G-d. He sees all as “good” — purposeful and connected to G-d. Everything in this world, whether in the possession of a particular person or not, is not truly removed from G-d. All is ultimately His, to be used in the manner He wishes.

Thus, to cite the example we raised last week, Boaz realized that Ruth’s looking at his field with her good eye would make its yield increase. It would strengthen the perception that Boaz’s produce was really G-d’s and truly resided in His infinite realm.

And so, a person with a good eye lacks jealousy not simply because he is satisfied with little and does not look around. He recognizes that even that which belongs to another is good. All truly belongs to G-d — a G-d who surely grants each of us just what he needs to serve Him properly. And this is the attitude the Rambam recommends we adopt. The true solution to not working too hard lies in our attitude towards ours and others’ possessions. If I have that good eye that sees all as G-d’s, I will have no drive to possess more myself. I’ll do what is reasonable, and I’ll let G-d take care of the rest. (It is true that we must make some effort. Ever since the curse of Adam — “with the sweat of your brow will you eat bread” (Genesis 3:19), we generally don’t get it for free.)

Lastly, I believe that this too is the Rambam’s solution to working too little — as the simple reading of the Rambam implies. One who views the good of this world favorably will appreciate that everything has a purpose in G-d’s scheme. He will thus not be too lazy either. I should work — enabling G-d to grant me what I need for my mission in life. It is good to have — so long as I realize that what’s mine is truly G-d’s. Property is not only an evil temptation. We Jews don’t believe that the truly pious must take vows of poverty, and there have been many righteous souls throughout history who were also successful businessmen and entrepreneurs, our forefathers being excellent such examples. If it all really is G-d’s, it must have a good purpose. And my goal is to do my part in bringing it to that purpose.

Judaism thus has a very balanced attitude towards money. The pursuit of wealth is not something to be eschewed, nor is it something one would pursue for its own sake, divorced from the realm of spirituality. It is a drive as all others which need not be quashed nor ignored, but can be sublimated to higher purpose. For if one truly has a good eye, he sees the good in everything in G-d’s creation. And so riches, rather than being a deterrent to true piety, may — as all things — be used in service of our Creator.