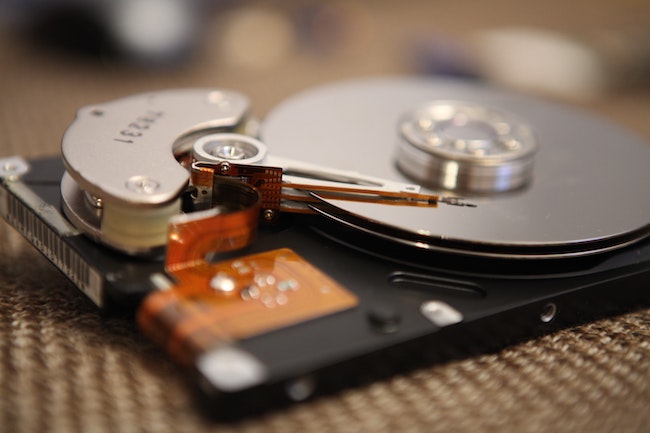 Avraham Is Challenged To Wipe His Hard Drive Clean 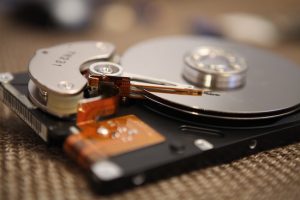 These divrei Torah were adapted from the hashkafa portion of Rabbi Yissocher Frand’s Commuter Chavrusah Series on the weekly portion: #1222 – Milah for The Son of a Jewish Father and a Non-Jewish Mother. Good Shabbos!

Avraham Is Challenged To Wipe His Hard Drive Clean

In the Medrash Rabbah (Chapter 39), Rav Yitzchak comments on the first pasuk in our parsha – “Go forth from your land, your birthplace and the house of your father to the Land that I will show you” (Bereshis 12:1) – by citing a pasuk from Tehillim (45:11): “My daughter listen to me and see; turn your ear and forget your nation and the house of your father.” This is how Rav Yitzchak would begin his exposition on Parshas Lech Lecha. He would reference this pasuk from sefer Tehillim. The question is – what does this pasuk in Tehillim Chapter 45 have to do with Parshas Lech Lecha?

I saw an idea in a sefer called Nachlas Eliezer from Rav Eliezer Kahan, who was a Mashgiach in Gateshead:

Rav Yitzchak is coming to answer a question that many meforshim ask: The pasuk “Lech lecha m’artzecha u’mi’moladetecha u’m’beis avicha…” contains an inherent problem.” The Ribono shel Olam is asking Avraham to go away from his country, his city, his father’s house and to go to Eretz Yisrael. As we all know, if we go anywhere – especially if we go out of the country – the first place that we leave is our home. Then we leave our city. Then when we get to the airport and take off toward our destination, we ultimately leave our country. The pasuk should therefore have really been written in the reverse sequence: Go forth from your father’s house, your birthplace (i.e. – your city), and from your land (i.e. – your country); not vice versa as the pasuk states.

The famous answer to this question is that the Almighty is not requesting a change of location, venue, or zip code from Avraham over here. Rather, the Ribono shel Olam is asking for Avraham Avinu to become a different person, literally to go ahead and wipe the slate clean to the extent that there is no remnant of his past existence.

To what can the matter be compared? A while back, my laptop started to run very slowly. I went to my computer guy and said, “You need to do something about this laptop.” He told me “The laptop is so old, and it has so much stuff on it that the only way to get this up to speed is to wipe the hard drive clean. We would need to get rid of everything, bring it back to ‘Bereshis’, then reload all the software onto it and then it would perform like new. But guess what? It is cheaper to buy a new laptop than to have me do all that for you.” Which I did.

HaKadosh Baruch Hu is asking Avraham “Wipe your hard drive clean.” There should be no zecher (memory) left of your previous existence, of who you were. “I want a fresh start. I am going to build a new nation from you and therefore everything in your past needs to be deleted.”

But the influence that a person’s country has on him is not in his bone marrow. That is the easiest influence to get rid of. That can be accomplished in quick order. Therefore, “Go out of your land” (Lech lecha m’artzecha) comes first in the pasuk. Next comes “and from your birthplace”. We are all influenced by the cities we live in. Different cities have different cultures. We are Baltimoreans, which we consider a badge of honor. People in other towns may turn down their noses at the idea of being “Baltimoreans”. For better or worse, there is a certain culture here. We are influenced by living in Baltimore, Maryland. This influence has a little more profound impact on a person’s identity than “your country”, but again it is not part of the person’s DNA.

But then there is a person’s family – Beis Avicha. This is part of our very essence. This influence comes along in our mother’s milk. This is the hardest thing to get rid of – the walls that we were raised in, what we heard as children from our parents and our siblings. That is really who we are.

Therefore, HaKadosh Baruch Hu is not really telling Avraham to change location but to become a different person and to delete all former influences. The way to do that is Artzecha, Moladetecha, and finally Beis Avicha.

This now helps us understand what Rav Yitzchak was saying by linking the opening pasuk of the Parsha with the eleventh pasuk in Chapter 45 of Tehillim: “My daughter listen to me and see; turn your ear and forget your nation and the house of your father.” This is exactly what was occurring at the beginning of Lech Lecha. Avraham was commanded to forget his nation and then forget his father’s house – in that order!

With this understanding, we can also resolve another problem in the first pasuk of our parsha. Rashi comments on the words Lech Lecha (Go for yourself) – for your benefit and for your own good! This is another famous question that everyone asks: This is supposed to be a test for Avraham. There is a difference of opinion whether it is the first or second of the famous Ten Tests that Avraham was given, but it certainly is considered a “Test” and a challenge. So G-d is telling Avraham: Guess what? Here is a test. If you pass this test, are you going to be in good shape!

If “Go where I ask you to go” is supposed to be a Nisayon, why isn’t the challenge being given without any promises? Let the promises come after Avraham passes the test and gets to “the Land he will be shown”?

The Nachalas Eliezer addresses this problem by citing a fundamental principle of Rav Yisrael Salanter in terms of how to live life. Rav Yisrael Salanter said that to successfully pass a Nisayon, a person needs two elements: A person must have Yiras Shamayim. That is, if the Ribono shel Olam asks you to do something, you must comply because you fear the Ribono shel Olam. But the key to passing a Nisayon is to minimize the test and make the challenge seem less great than it really is.

A person needs to convince himself – “psych himself out” – that it is not the highest mountain to climb, it is merely a hill. We can give an example. Let’s say that someone needs to exercise every morning. The only way a person can exercise every morning is by getting up at 5:00 am. That is the only time when it might fit into the daily schedule. Now, who wants to get out of bed at 5:00 am? Why do you need to do exercise? Because you need to lose weight and it is good for your cardio-vascular system. So you tell yourself – why am I getting up so early? It is because it is good for my weight. It is good for my heart. (That is why we are all overweight.)

Rav Yisrael says this is the approach a person needs to use in Yahadus. Do not make it hard on yourself! Make it easy in your mind. HaKadosh Baruch Hu is telling Avraham – become a different person. Do you know how hard that is? Avraham Avinu is not 15 years old at the beginning of Lech Lecha. He is 75 years old. It is not easy to “erase a person’s hard disk” at the age of 75! In order for Avraham Avinu to pass this test, it was necessary to minimize the challenge. Therefore, he was promised that this move would be “for your benefit, and for your own good.”

One final point: The pasuk says “And be a blessing” (Bereshis 12:2). Rashi explains: “The blessings are given over into your control. Until now, blessings were in My Hand. I Blessed Adam and Noach. However, from now on, you will bless whomever you desire.” This gift was unprecedented in the history of the world. The keys to blessing were given over to Avraham Avinu.

We can again provide a contemporary example: Imagine a billionaire who is fantastically wealthy. He gives out charity most generously, but he appoints a Gabbai Tzedakah to oversee his charitable contributions. Now if he tells this Gabbai Tzedakah – not only will you oversee my contributions, but I am no longer going to even sign the checks. You will be the one who gives out my millions of dollars based on whatever you think is appropriate. No strings attached. No oversight on my part. This is the nature of the blessing “V’Heyei Beracha” as Rashi describes it.

The reason the Ribono shel Olam gave this gift to Avraham was because Avraham became a different person. He wiped his entire previous life experience clean and became “Kulo l’Hashem” – totally devoted to the Almighty.

Now we can understand something that is truly mind boggling. The pasuk says in Chayei Sarah: “And it was after the death of Avraham, Elokim blessed Yitzchak his son…” (Bereshis 25:11). Rashi asks – why was it necessary for the Ribono shel Olam to bless Yitzchak – after all, He had given the “keys to blessing” to Avraham to bless anyone he wanted. Why didn’t Avraham bless Yitzchak himself while he was still alive? Rashi answers: Even though the Holy One handed over the keys of blessing to Avraham, Avraham was afraid to bless his son because he saw that Eisav would descend from him. Avraham said, “Let the Master of Blessing come and Bless who ever finds favor in His Eyes.” And the Holy One came and blessed Yitzchak.

Which of us, if we controlled the power of blessing in this world, would withhold it from our own son – even from the “Yitzchak that you love” (Bereshis 22:2)? Yitzchak is a Tzadik Yesod Olam! He was prepared to be offered as an unblemished offering at the Akeidah! Avraham Avinu said, “No. I am not going to take the responsibility of giving a Bracha to Yitzchak because Eisav is going to come out from him.” How selfless can a person be? How does a person get to such a spiritual level?

A person gets to that level by working on himself and allowing himself to depart from his land, from his birthplace, and from the house of his father. He becomes a new person – a person the Almighty trusted with the Power of Bracha.

This week’s write-up is adapted from the hashkafa portion of Rabbi Yissochar Frand’s Commuter Chavrusah Series on the weekly Torah portion. A listing of the halachic portions for Parshas Lech Lecha is provided below: