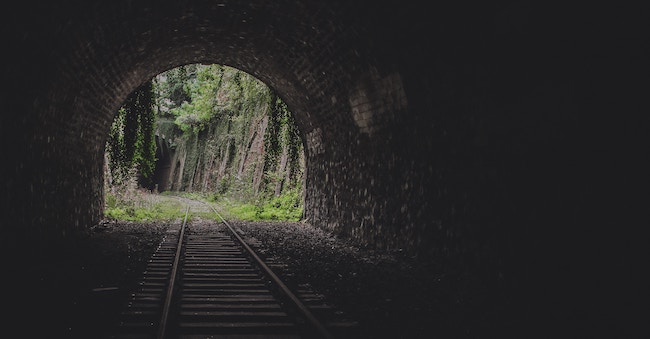 For the past two weeks, we have been discussing the sin of the Spies, referenced by the Rambam in his final line. Most of the spies, upon returning from their reconnaissance of the Holy Land, spoke negatively of it and consequently caused the Children of Israel to wander in the desert forty years until the entire generation died out. I’ll offer a very brief recap of our discussion thus far before we proceed to the grand finale. I apologize that this discussion has been so drawn out, but the topic is a fundamental one which needed to be properly developed.

Two weeks ago we asked several questions on the story of the Spies. The primary ones were: (1) Why do the Torah and Sages describe the spies’ sin as lashon hara — as slandering the Holy Land? They actually praised it — as a land abounding in milk and honey. Their sin was something much different and actually far worse — doubting G-d’s ability to help them conquer the land from the giants who were then living there. (2) G-d earlier instructed Moses to tally the tribe of Levi separately from the other tribes in order that they not be included in the census, as all those counted would be decreed to died in the desert. But if Levi did not deserve punishment (since they did not additionally sin with the Golden Calf), why would they have been included in the punishment? Was being counted the cause of the decree or actually sinning?! (3) Why did the decree itself — to wander forty years in the desert — correspond to the forty days the spies traveled? Israel’s sin was in accepting their words at the end — not in the numbers of days a few of them traveled planning to sin at the end! Furthermore, G-d does not punish us for planning to sin — only for actually sinning doing it!

Our discussion then shifted to Miriam’s lashon hara against Moses — which the Sages say was the episode the spies should have — but failed to — learn from. Miriam complained to Aaron about Moses’s separation from his wife (in order to remain in a constant state of purity for prophecy). They never separated from their spouses although they too were prophets! Why was he any different? G-d subsequently came down to have a little talk with Miriam and Aaron, describing Moses’s uniqueness as a prophet and criticizing them for being so presumptuous as to speak against him.

We then made an important observation. G-d hardly hinted to Miriam and Aaron what was actually wrong with Miriam’s accusation — namely that Moses received constant prophecy from G-d and so needed to maintain uninterrupted purity, whereas Miriam and Aaron received prophecy only on rare occasion — and that in itself after concerted effort. What G-d did reprimand them for seems much less relevant to the discussion — the audacity of speaking against someone so much greater than they.

And this is the key to unraveling the entire episode — both that of Miriam and that of the spies. The evil of lashon hara has almost nothing to do with if my criticism of my fellow is founded or not. In Miriam’s case it so happens it was not — but that was almost besides the point. The true evil of lashon hara is my failure to appreciate another human being for who he truly is, and as a result judging him based on my own biased standards.

Because Miriam failed to appreciate Moses in all his greatness, she felt he had no business acting any differently from they, and so felt qualified to complain. As I wrote last week, virtually all problems begin when we fail to appreciate that others are different from us. He may be more pious and so have higher standards, or he may be less holy and so less is expected of him. But fundamentally, lashon hara is a sin of not properly seeing my fellow in his true light. Without a basic understanding of the differences between men, accepting others for all their foibles, idiosyncrasies and differentness (if that’s a word) is virtually impossible.

Now let us finally return to the story of the Spies. This was precisely their sin. They traversed the Land of Israel. They should have been perceptive enough to see through its exterior, to recognize that it is a land like no other. Although it has a physical side — we would take arms and fight battles, we would till the soil and harvest our crops — they should have been discerning enough to see that it is truly a spiritual land. It is a place of closeness to G-d. The physical is merely a façade — one which totally yields to the spiritual level of the people. When we serve G-d the rain comes on time and the Land is blessed with bounty. When we do not, war, famine, disease, and wild beasts will be our fate (Levit. 26, Deut. 28).

What the spies did do, however, was to see Israel as an ordinary land, a regular physical place in which their lives would be ordinary and mundane. And as a regular place, it stinks! Why in the world would someone want to live in Israel when he can live in Miami? The land is tough, the economy is tough, the tax rate high, the bureaucracy ridiculous, army service mandatory, security tenuous, there’s the ever-present fear of terrorist attacks, etc. If Israel isn’t special and unique, why bother fighting a hundred million bloodthirsty Arabs over it? Give it back! Let the “Palestinians” have their land, move to G-d-blessed America, and forget the whole bloody thing! And the world will love us for it in the process! (Yeah, right.)

And there were just as many reasons to turn back in those days as well. If Israel is not a spiritual land, then how were they to conquer it from giants? Sure had it been Egypt, G-d would have miraculously defeated their foes, but this was an ordinary land of ordinary living. We would have to fight on our own — don’t expect miraculous bolts of lightning to descend from heaven and save us. And if so, we don’t stand a chance!

In truth, they should have realized that humans and fruit of enormous proportions implied a land of tremendous potential. Its current residents were not attuned to its spiritual side and so its power went untapped, and was rather transferred to and spent on the physical plane. But physical giants battling against spiritual ones would have been no contest whatsoever.

Thus, the sin of the spies was hauntingly reminiscent of Miriam’s. Just as she saw an enormously lofty human being and cut him down to her own size, they saw an enormously holy land and in their eyes stripped it of all of its sanctity. And this is the essence of lashon hara. The sin of the spies and nation was not in denying G-d’s power. They knew G-d can do miracles — they were living with them daily! But once they lowered the Land of Israel into a regular old piece of real estate, they saw its value — as well as their odds of conquering it — in a pathetically pedestrian light.

This also explains why the punishment decreed against Israel corresponded to the forty days the spies traveled. Every step they trod upon the land seeing it as an ordinary place lowered the perception of the Holy Land in the national consciousness. They were Israel’s representatives for forming their first bond with the Land, and they failed miserably. The mere walking along the land — which to the perceptive soul would have been the rapturous strolling with G-d in the Garden, was to them a drudgery: sore feet, muddy boots, poor firewood, thorny underbrush, dull and repetitive scenery. Walking, treading, trampling over an unholy land was to them onerous. Every step of their travels lowered the Land’s standing in the nation’s eyes. And it took that many years to undo the damage. An entirely new generation had to be nurtured and raised, one which could forge a newer, fresher and healthier bond with the Land of Israel.

(Based on this, the forty years were not punishment per se. The entire nation was not “punished” according to the number of days a few of their ranks sinned (a year for a day itself being a very demanding exchange rate). Yet it took that long for a healthy relationship to be formed and to take root. Sometimes more than punishment itself, the deleterious aftereffects of sin are felt a very long while after.)

And lastly, this explains why the tribe of Levi would have been punished had they been included in the census. Even though they did not sin sufficiently themselves, after such an experience there was no longer any way they could have properly related to the Land either. I always illustrate this with a synagogue in which there is a lot of talking. If you attend a synagogue in which a lot of folks are talking during the services, it could be that you personally never say a word. But a synagogue is just not the same to you. You just don’t relate to it with the same reverence. It no longer has that aura.

The same would have been the case with Levi had they been included in the count. They simply would not have been able to extricate themselves from the misconception which had entered the nation’s psyche and form a healthy relationship with the Land. For regardless of what they knew intellectually about Israel’s holiness, the Land had simply lost its mystique.

(Parenthetically, this also explains why G-d at first threatened to wipe out the entire nation, save Moses (Numbers 13:12) — even though this included Levi, the women, Joshua, and Caleb — none of whom sinned. To some degree, everyone was affected by the awful misconception then circulating about the Land. With such falsehood making its rounds, no one could entirely extricate himself from its corrupting force — save Moses, who himself was the victim of such a misconception (on the part of Miriam and Aharon). And again, this would not have been “punishment”. Most certainly the innocents would not have been punished in the World to Come, but to enter the Land on so faulty a basis would have been equally impossible.)

Thus, to wrap up, we are left not only with an understanding of an important episode in the Torah, but with a critical life lesson as well. The vast majority of the time we misjudge others and speak against them is because we do not see them for whom they truly are. As we’ve seen in past weeks, lashon hara manifests itself in many guises and forms, from malicious G-d denial to empty-headed twittering. But at its root, the lure to speak foul of my fellow is based on that single most fundamental misconception — failing to appreciate the rest of humankind for who they truly are, both in all their faults and in all their greatness.