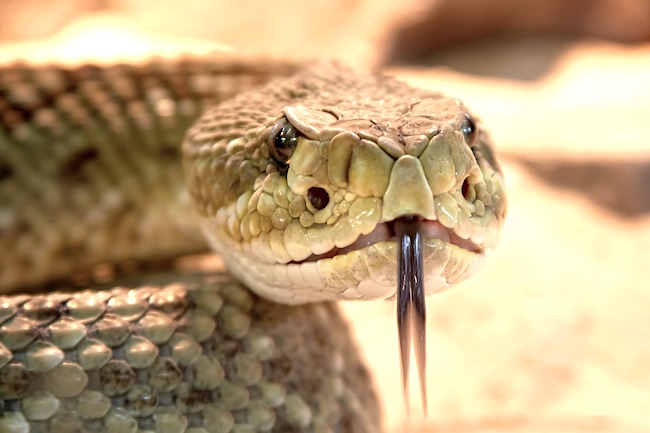 One who takes revenge against his fellow transgresses a negative prohibition as it is stated, ‘You shall not take revenge’ (Leviticus 19:18). Even though one does not receive lashes [for transgressing this], it is an exceedingly bad spiritual quality. Rather, it is proper for a person to be easygoing / yielding (Heb. ‘ma’avir’ = ‘passing’) in all matters of the world, for to those of understanding everything is empty and vain and not worth avenging.

What is vengeance? One’s fellow says to him, ‘Lend me your spade.’ He responds: ‘I will not lend it to you.’ The next day, he needs to borrow it [the same tool] from his fellow. He says to him ‘Lend me your spade.’ [The fellow] says to him, ‘I will not lend it to you just as you did not lend it to me when I asked you.’ This is vengeance. Rather, when [his fellow] comes to him to borrow, he should give wholeheartedly, not paying [his fellow] back as he did to him. So too with anything similar. Likewise did David say in his fine qualities, ‘[…if there is injustice in my hands,] if I have paid back evil to those at peace with me. [But rather,] I have strengthened my tormentors gratuitously’ (Psalms 7:5).

After spending several weeks discussing the evils of lashon hara, of malicious gossip, the Rambam at last moves on to another area of character development, the prohibition of taking revenge. The Rambam both defines this prohibition and offers a few words of advice why such behavior is unbecoming for the understanding soul.

The words of the Rambam this week are readily understandable and need no great embellishment. Taking revenge, paying one’s fellow back tit for tat, is just a lowly way to act. Its “sweetness” is none other than a plain indication of just how sinful it is, and thus how powerfully our evil inclinations attempt to lure us into its trap.

One important introductory point before we begin. It goes without saying that if my fellow actually wrongs me — causing me physical, financial or even emotional damage, I have every right to demand compensation. That is not “revenge”. It is exacting payment for very real damages. Revenge is going beyond reparation, bearing a grudge beyond what I deserve by law — or where I don’t legally deserve anything at all. Considering the Rambam’s (and Talmud’s) example, my fellow was not obligated to lend me his tool. I have no right to “avenge” his lack of decency towards me.

Now on to more substantial points. First of all, the Rambam here admits that one does not receive lashes for taking revenge. Thirty-nine lashes is the standard punishment for most of the prohibitions of the Torah. Yet somehow, as bad as revenge is, one who exacts it from his fellow goes off scot-free. (Of course, if you harm your fellow or damage his property in the process, you would be obligated to pay for that. But in the Rambam’s case — where you merely refrain from doing him a favor — there would be no consequences.) Why is this?

The simple answer is as follows. There is a Talmudic principle that one does not receive lashes for breaking a prohibition without doing an action. For example, if a person takes an oath that he will do something — say he will eat 5-9 servings of fruit before the end of the day (or is it 3-5?), he breaks his oath by sitting back and not doing anything for the rest of the day. Likewise according to the majority opinion in the Talmud, speech is not considered an “action”. Thus, one who testifies falsely or speaks lashon hara cannot receive lashes.

The same holds true regarding revenge. In the Rambam’s illustration, our anti-hero took revenge by not doing anything — by refraining from lending his spade to his fellow — as well as by adding a few choice words to rub it in. Regardless, his revenge involved no physical action and so did not warrant lashes. As we’ll see G-d willing next week, the true answer is actually much more subtle — and profound — but we’ll leave it with this basic thought for now.

The Rambam continues that vengeance is unwarranted because matters of this world are simply not worth getting worked up over. Somebody else slighted you or refused to help you out? So you’re out a convenience or a few bucks? What really does it matter in the scheme of things? Is it really worth losing your cool, sacrificing your self-control and sense of dignity over something which no one will remember six months from now?

I’ve had more than one occasion in one of my past jobs (and when I was much younger) in which I was all ready to fire off an angry email at some of my coworkers — until my dear friend one cubicle over prevailed upon me that it just wasn’t worth it. The supposed wrong I was ready to flame over would quickly pass; the angry words uttered (or emailed) would be less soon forgotten. Most of the things which upset us in life are just not worth the effort. More important that we preserve our discipline and self-worth as human beings in G-d’s image than that we air every snide remark stewing in our brains.

There is, however, an important distinction here, clearly implied by the Rambam’s wording. The Rambam stated that we should be yielding regarding all matters of the world since all such things are empty and vain. It sounds strongly that the Rambam means matters of this world alone — a world of fleetingness in which nothing truly matters. But what of spiritual issues and eternal matters? Say my fellow refused to recommend me to a yeshiva (rabbinical college) or as a competent study partner for another?

Once, many years ago — while I was dating my future wife so a lot was on my mind — I was a guest at another’s home for the Sabbath, near where my future wife was staying. With everything going on, I was so wiped out that I went to rest on Sabbath afternoon and fell into a deep sleep. My host had so much “sympathy” for me that he decided not to wake me up — and I slept straight through Mincha (afternoon services), the final Sabbath meal, and the Ma’ariv (evening services) after the Sabbath. And I was quite upset with him about it at the time. (I won’t share further details but whatever — we’re still close today.) 😉 But again, if someone wrongs me in things spiritual which do matter, do I have the right to bear a grudge?

In truth, the Talmud (Yoma 22-23) makes a very similar distinction. It states: “Any Torah scholar who does not avenge and bear a grudge like a snake is no Torah scholar.” It bases this upon King Saul. At the beginning of Saul’s reign, Scripture states that there were unruly people who openly and insultingly questioned Saul’s competence to rule and to deliver them from their enemies. They refused to offer him tribute (I Samuel 10:27). Now such behavior is acceptable (if not appropriate) in a democratic society which guarantees freedom of speech, but not towards a G-d-appointed absolute monarch. But Saul, humble and unassuming man he was, let it pass. States the Talmud there, because Saul was so self-effacing — almost implying he in fact was unworthy of kingship (Rashi there), he eventually did lose his throne.

But, continues the Talmud, is not revenge expressly forbidden by the Torah? Answers the Talmud that that is in monetary issues, but if a person pains me I may bear a grudge. After a little more discussion the Talmud concludes that even in matters of “pain” one may bear a grudge in his heart but preferably should not act against his fellow (save in King Saul’s case or in the case of a Torah scholar (who must be “snakelike”), as the honor of G-d’s monarch or His Torah is at stake). And finally, concludes the Talmud, if the one who wronged me asks for forgiveness, I should forgive him even in such matters.

The Rambam’s ruling here is clearly based upon the Talmudic passage above. Not lending me a hammer is a far cry from disgracing me or interfering with my spiritual growth. In serious matters, it would be negligent of me not to care. In fact, elsewhere the Talmud states that we should cleave to the Torah scholar who “takes revenge… as a snake” (Shabbos 63a). Such people clearly care dearly about truth and the Torah’s importance. And they will not rest until its true meaning is established. By contrast, someone who is relaxed about the Torah’s honor may not apply himself to it with the same demanding rigor.

(In truth, the Rambam’s distinction between temporal and eternal is hardly identical to the Talmud’s pain versus finances. The commentators struggle to understand the basis for the Rambam’s shift in understanding.)

In conclusion, I personally found this week’s law very refreshing. What at first seemed an unrealistically high demand — that we not even bear a grudge when our fellow wrongs us, is actually well within our reach. The Torah is not asking that we turn ourselves into zombies, that we feel no resentment towards those who wrong us. This is the case only regarding mundane matters which truly do not matter. Yet in matters of religion and honor I may well bear a grudge. Certainly I must be forgiving — if he asks for it, that is, and does so sincerely. And as we learned not far back, rather than bottling things up I should confront my fellow when he wrongs me (6:5). Yet G-d does not ask that we not be human beings. The G-d who created us knows what we are and are not capable of. And so, through the combination of challenging heights yet realistic, realizable goals we may achieve true spiritual growth.