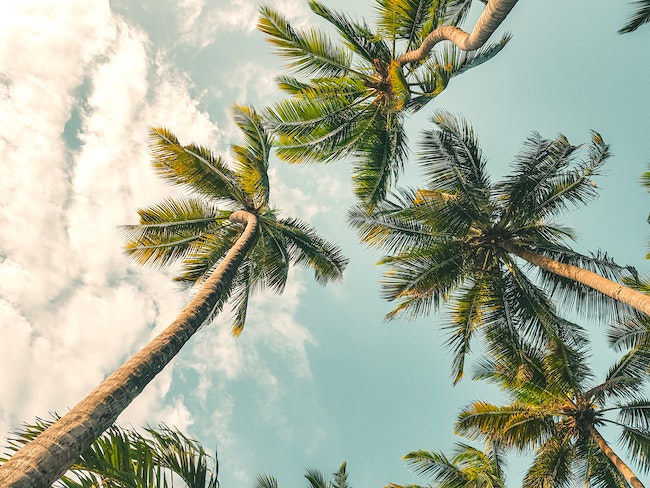 Perhaps this goodness [of the World to Come] will appear light in your eyes. Perhaps you will think that there is no reward for the [fulfillment of the] mitzvos (commandments) and a person’s being complete in the ways of truth other than his eating and drinking good food, having sex with beautiful figures, wearing embroidered linen clothes, living in ivory dwellings, using silver and gold utensils, and the like — just as [believe] the idiotic, foolish Arabs who are steeped in immorality.

But the Sages and those possessing knowledge know that all such matters are things of emptiness and vanity, of no long-term value (lit., ‘without hope’). Such things we would not even consider very good in this world if not for the fact that we posses physical bodies. All such things relate to the needs of the body; the soul neither yearns for nor desires them — except in order [to take care of] the needs of its body, so that it will have what it wants and remain healthy. And in the time when there will be no body, all such things will become void.

But in a true sense, for us to compare (lit., ‘evaluate’) the spiritual pleasures of the hereafter to the pleasures of the body in this world of eating and drinking is inaccurate (lit., ‘is not so’). Rather, that good is great beyond comprehension, evaluation and imagination. This is as David said, ‘How great is Your good which You have hidden for those who fear You, have You done for those who trust in You’ (Psalms 31:20). (I.e., the good is “hidden” and indescribable.)

The Rambam is continuing to discuss the concept of the World to Come. This week he takes the trouble to contrast the Jewish view of the matter to that of a neighboring religion (which shall remain nameless — I’d rather not endanger my life). The Rambam readily dismisses the notion of a physical paradise as something no person of understanding would seriously entertain.

Note that the Rambam does not simply write that the Jewish belief rejects the notion of a world to come consisting of physical pleasures. He writes that anyone “possessing knowledge” (not necessarily Torah wisdom) would just as easily dismiss such frivolousness. In other words, this is no matter of theology — that though we respect other opinions we’ve received a different tradition ourselves. Rather, anyone possessing knowledge — who considers seriously what the human being is and what is truly meaningful in life — will easily see through the allure of such a vacuous picture of heaven.

Now if you have the luxury of inventing a religion and you’re in the business of marketing it to the unlearned masses, no doubt such a “paradise” would make a great selling point. It might even make it worth it for a young man to blow himself up if that’s his only ticket to big-time fooling around. But again, it doesn’t take a whole lot of thought to recognize that such pleasures hold little lasting value and would hardly satisfy us for an eternity. Sure, if you don’t got it, you might just love trying out the high life for a few months. But it doesn’t take very much reflection to recognize that true eternal reward really ought to be something so much greater.

(The Rambam, living his entire life around the Mediterranean basin (in several different countries — often in flight from fundamentalist regimes), lived among such a religion his entire life. He generally had (in uncensored versions of his works) more or less undisguised contempt for his compatriots’ beliefs.)

King Solomon is a person who exemplifies this message more than anyone else. He was a man who had it all — 1000 wives, money, fame, honor. Scripture describes the lavishness of the feasts he would host regularly (I Kings 5:23): “And it was, the food of Solomon for one day was thirty kor of fine flour, sixty kor of flour, ten fattened oxen, twenty oxen from the pasture, and one hundred sheep — apart from deer, gazelle, yachmur (Heb.), and geese.” And likewise, “Everything my eyes desired I did not deny them; I did not withhold from myself any type of joy” (Koheles 2:10). Rulers the world over came to visit and pay tribute to him. He was blessed with everything one could ask for — in fact (in his time) everything one could imagine — all for his personal enjoyment.

Yet Solomon saw nothing in it. “Vanity of vanities, all is vanity” (Koheles 1:2). “I looked at all the things I had done, and behold, it was all emptiness and vexation of spirit. There is nothing to be gained beneath the sun” (2:11).

Now if a have-not would come along and claim all sanctimoniously that the pleasures of this world are all pointless and worthless, we would tend to call it sour grapes. He’s just jealous and making light of what he deep down craves for himself — and knows he’ll never get. And this in fact is no doubt a big part of fundamentalist Islam’s near blind hatred of America and Israel today — so much more materially successful than they — in spite of their region’s enormous wealth in natural resources. If I don’t have it, it must be evil — and rather than admit I’m a failure for not getting it, I hate it. A perfect recipe for blind, irrational hatred — deep-seated jealousies coupled with inferiority complex turned religious jihad. (Now if I did have it, on the other hand, I would easily find theological means of justifying it…)

But such could be never said of King Solomon. He had it all and did it all: been there; done that. And he recognized more than any of us that all this world has to offer is “vanity of vanities.” Sure, with modern technology we can get ahold of an infinite supply of meaningless fads and distractions — by the time you get good at one video game the next version has already come out. But as we all know in our hearts, Solomon’s timeless advice is as relevant as ever today. Worldly pleasures are empty and fleeting; they are simply a distraction offering no enduring satisfaction.

I won’t pontificate further about this well-known phenomenon (especially since I’m a have-not myself), but as we all know, one can read the news almost daily and see how dysfunctional the lives of the rich and famous so often are. Living the high life is not satisfying or fulfilling. It just further and further whets insatiable appetites. And it does nothing but endeavor to cover the gaping void of a soul crying out for true fulfillment.

Rather, as the Rambam reiterates here, the true reward in store for the righteous is something of eternal spiritual worth. And further, it is so sublime that there is no way physical man can comprehend it. This is why, as we explained in past weeks, the Torah is almost entirely silent about the World to Come. Any description the Torah could possibly give would do little more than cheapen it, cutting it down to terms more demeaning than meaningful.

I will close this class with an insight based on the thoughts of my teacher R. Yochanan Zweig. The purpose of the mitzvos (commandments) — if we would venture to define it in a mere few words — is not “service”. The mitzvos are not just some annoying acts we must do to obey G-d’s wishes — basically just in order to receive reward after. Rather, the single-word definition of the mitzvos is “relationship” (based on “tzavas”, a binding). The mitzvos are a means of developing a relationship with — and of coming closer to — G-d. We act in godlike ways and develop an appreciation for His values, thereby enabling us to enjoy a more meaningful relationship with Him in the hereafter.

Naturally, the reward for building such a relationship with G-d in this world will be its culmination in the World to Come. To the extent we developed a closeness to G-d in this world, it will be able to flourish in the spiritual one — where we will be able to strive much closer to G-d and enjoy the resultant connection eternally. We will return to and be reunited with the Source who created us.

By contrast, physical pleasures are self-contained. If we would indulge in them in “heaven”, we would be enjoying ourselves — completely separate from the G-d who created us. It almost sounds lonely: empty, pathetic, just killing time — pleasurably but endlessly. Such a notion of paradise does not only misunderstands the concept of reward. It entirely misses the point of the mitzvos — seeing them as dues we must pay rather than what they truly are — means of developing ourselves into people who can connect with G-d.

Judaism, by contrast, teaches us the reverse. The World to Come is not loneliness. It is connection. In our lives we build up for the Ultimate Pleasure achievable to man — that he reconnect with the G-d who created him. It is the outcome and culmination of the relationship-building deeds we have performed in our lifetime. And to the extent we have readied ourselves, we will enjoy the ultimate — and eternal — closeness.