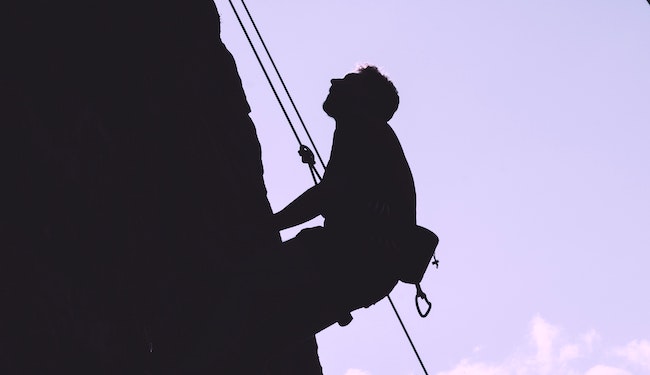 The revenge that there is no revenge worse than it is that the soul will be cut off and will not merit life [in the World to Come], as it is stated (regarding one who commits idolatry), ‘cut off, that soul shall be cut off, its sin is within it’ (Numbers 15:31). This perishing is what the Prophets called by way of analogy ‘the pit of destruction,’ ‘devastation’ (avadon), ‘furnace’, ‘leech’ (alukah). The [Sages] refer to it using every term of destruction and devastation, since it is the destruction after which there is never any rising and a loss which is never regained.

Up until this point, this chapter has been discussing the ultimate reward of man in the World to Come. This law talks about the alternative — karais or excision. This is the fate of those who are so sinful they do not merit closeness to G-d at all in the End of Days, but perish in their wickedness. Their souls will be snuffed out and cease to exist.

In the previous class we discussed the meaning and ramifications of this. We also pointed out that the Torah assigns the punishment of excision for a considerable number of sins, but the “ordinary” excision is merely of the body. The sinner’s physical side will be cut off — either through early death or through the cutting off of his genealogical line. His soul will survive to receive its share in the World to Come. Only the worst sinners imaginable — who further never repented their wickedness — will be destroyed entirely at the End of Days.

This week I would like to offer an alternate explanation to the concept of karais. It is based on the Kabbalistic description of the soul we discussed in a recent class (8:3) based on the writings of Rabbi Chaim of Volozhin (18th-19th century Lithuanian Talmudist and philosopher), in his Nefesh HaChaim (“the spirit of life”).

The Nefesh HaChaim offers a powerful graphical description of karais (1:18). Up until now, we have described it conceptually — either as man’s body being cut off from this world, or his soul being cut off from the hereafter. But based on our understanding of the human soul, we can understand the term much more literally than we might have thought.

As we discussed earlier, R. Chaim, as the Kabbalists, divides the soul into three components — nefesh (animal-force), ruach (lit., wind, spirit), and neshama (lit., breath = soul). Recalling his glassblower’s example, the nefesh is the part of the soul which actually resides in the person — as the air blown by the glassblower into the vessel. It is his life-force, which he basically shares with the animal kingdom. Ruach is akin to the “wind” traversing the glassblower’s tube. In the spiritual realm, it is the part of man’s soul which resides just above him, and spans from (almost) the physical world to the highest heavens. The neshama is the equivalent of the breath still within the glassblower’s mouth. It is the highest part of man’s soul, the part which has never left the heavens, and which gives man a direct, if distant, link to G-d.

Now the three parts of man’s soul are not connected per se. They exist on different planes of reality. By definition, they cannot coexist. However, they can be viewed as residing just atop one another. The highest part of man’s nefesh exists just below the lowest reaches of his ruach, and likewise for his ruach and neshama.

As a result, although the parts of man’s soul do not “touch”, they interact. The good deeds of our bodies influence our higher souls — and the highest heavens — for the better, and vice versa. R. Chaim likened it to a person pulling an exceedingly long rope. Perhaps as the synapses which connect man’s nerve cells to his other cells (if you still remember your 7th grade biology), spiritual signals pass between the different parts of man’s soul, joining the segments of his essence into a unified whole.

The converse is equally true. Just as the acts of our bodies influence our souls and the upper heavens, if we are sufficiently worthy, our higher souls will positively impact upon our lower souls and bodies as well. The person who has readied himself for sanctity will feel the effects of his soul. He will know he is more than an intelligent animal. He will sense his higher self, and be influenced by it for the better. The Nefesh HaChaim describes it as the “sparks” of man’s higher self kindling his consciousness (1:15). Although his higher soul cannot actually reside within him, if the connection is strong enough, it will transform him into a holier, godlier person.

Based on the above, R. Chaim describes karais / excision in a very literal sense. Let’s say a person dulls himself to his higher essence. He lives for the physical and the immediate. He ignores the beckoning of his soul; he views himself as a two-legged animal. Slowly, the connection between his nefesh and ruach / neshama will weaken and atrophy. The fact that his ruach is “close” to his nefesh will be irrelevant. For again, his ruach doesn’t “touch” him; it is only nearby. Only a person who is attuned to it will hear its voice and feel its effects. If a person deadens himself to its existence, his connection with it will slowly die. And he will literally become a two-legged animal — a homo sapiens — a being of higher intellect but in reality an animal.

This, explains R. Chaim, is the true meaning of excision. It is not so much a divine act of retribution, of G-d’s taking a heavenly pair of scissors and cutting such a person off from the rest of Israel. Rather, it is something the person does to himself. He will cut himself off from his higher self — literally. After ignoring the promptings of his soul for so very long, the tenuous connection he has with it will be lost entirely. He has allowed himself to slip so far, to become so coarse and ugly, that his ruach will exist on its own plane, entirely separate from his lower self. He will become a body without a soul, cut off from any connection to eternity.

When we think about it, in all probability such a person will not even realize when this happens. If a person lives wholly in this world and for this world, with no thought of his spiritual side, he will drift ever further from his higher soul. And as with any unused muscle, the connectors between his nefesh and ruach will slowly and steadily atrophy. And one day he will wake up a soulless animal. He will not notice any difference between yesterday and today — the degradation from day to day being so imperceptibly slow. But at a point, the connection will just not be there at all. He will literally become a human animal.

(It could well be that not only will such a person not be influenced by his upper soul, but he won’t be able to damage his soul either. Such a person’s sins may no longer affect the upper heavens in the same manner a better person’s would. But this is little consolation. The person is lost from the spiritual world entirely. He lacks the great connection man has with the heavens. A two-legged animal, his place is only in this world. Neither his good deeds nor his bad ones will make any difference whatsoever in the scheme of things.)

This basic depiction I believe holds true for both types of excision we described earlier. The “ordinary” karais — the person dying young — will result from his severing himself from his higher soul. His body, no longer connected to and energized by his eternal self, will soon wither and die. He will become finite. As the Talmud defined it, he will die between the ages of 50 and 60. In other words, just as his physical drives begin to subside — when his spiritual side should become dominant — the person of severed connection will be left with no more life-force whatsoever and will quickly perish.

Likewise, for the karais of the Final Judgment. The person who has severed his connection with his soul will clearly have no eternal life. All he was — all he made himself during his lifetime — was a physical being. Thus, when the world’s final, spiritual era will begin in the World to Come, there will be nothing left of him. G-d will hardly need to “go out of His way,” so to speak, to destroy such a person. He will have done it to himself already.

I will conclude this class on a somewhat more positive note by quoting a further point made by the Nefesh HaChaim. Even when someone for all practical purposes has cut himself off from his soul, the connection is not utterly severed. There is a tiny speck of connection — perhaps what we call in Yiddish the pintele Yid (miniature Jew) — which still remains. For practical purposes, the person’s soul does not relate to him in the slightest. He is a walking, talking animal. Yet almost always, some infinitesimal connection remains. There is some small part of his psyche still receptive to his soul’s messages, that tiny spark of humanity within. And so long as there is life within him, there is always hope it will be reignited.