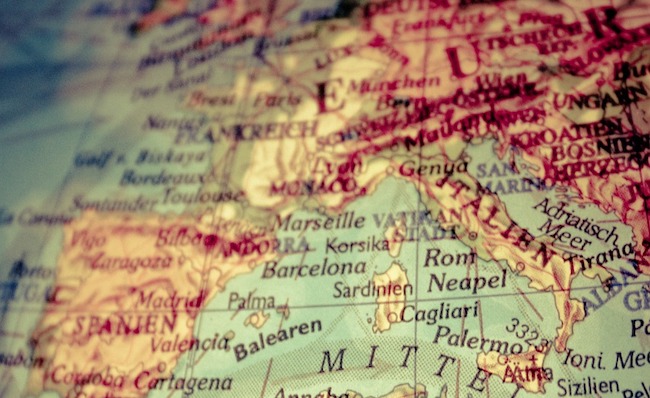 Given (lit., “being that it is known”) that the reward for good deeds and the good we will merit if we observe G-d’s ways as written in the Torah is the World to Come, as it is stated, ‘In order that He will do good to you and you will lengthen days’ (Deut. 22:7). [Conversely,] the revenge which is exacted from the wicked who have forsaken the paths of righteousness written in the Torah is excision, as it is stated, ‘That soul shall be utterly cut off; its sin is in it’ (Numbers 15:31).

If so, what is [the meaning of] that which is written in the entire Torah, ‘If you will obey you will receive such and such, and if you do not listen such and such will occur to you?’ And all such matters (discussed in all such verses) relate to this world, such as plenty versus famine, war versus peace, sovereignty versus lowliness, dwelling in the land [of Israel] versus exile, success in matters versus losses, and all the other words of the covenant [of Deuteronomy 28].

In the last class we began discussing an important auxiliary issue to the Rambam’s discussion. The Rambam here discusses the issue of the temporal reward the Torah promises us for our good deeds. Being that the true reward we will receive is the eternal bliss of the World to Come, what role do these much more temporary blessings fulfill? Will a portion of our reward be granted to us in this world — detracting from the much greater reward in store for us in the next one?

This law of the Rambam is quite long, so I will translate his answer G-d willing next time. Last time, however, we raised an entirely different issue, which too requires serious examination. Our tradition teaches us that the true reward for all our actions will be in the World to Come. As the Talmud puts it, “There is no reward in this world” (Chullin 142a). The physical comforts and pleasures of this world are all fleeting and inconsequential. They are not even “reward” per se. At least according to our religion, they have no part in the ultimate bliss of Heaven.

If so, something is enormously bothersome. Why does the Torah — the Written Torah that is — make virtually no mention of the World to Come? If it’s so basic to Judaism, why can’t Scripture be more explicit about it? Why is it only discussed in the Oral Law — the part of our tradition handed down orally from Sinai, only much later recorded (in part) in the Mishna and Talmud? The Written Torah seems to promise only reward in this world for our good behavior — timely rains, bountiful harvests, good health, peace and prosperity. How can it possibly leave out something so fundamental to Jewish theology?

We answered this question in part last week, establishing the basic principle. This time we will expand on it and examine a very telling application.

The written and oral parts of the Torah serve entirely different purposes. The Oral Torah contains the bulk of the Torah’s wisdom, providing Judaism’s philosophical underpinnings and serving as a detailed guide for how to live in this world. The Written Torah is not so much an instruction book, and it is certainly not a philosophical work discussing religion. It is the story of the world.

The Written Torah tells us the story the world — how it was created near perfection, how it fell, and the origins and development of plan to restore it to its previous glory and ultimately bring it to its perfection.

In the Garden of Eden the world was almost perfect. Adam and Eve had only to pass a single challenge and the world would have immediately reached its perfected state. They fell and the world fell with them. In outline form, the Torah continues with the story of Abraham and his descendants — how they discovered G-d once again and began creating a nation which would bring back His message to mankind. They were granted the Torah and brought to the Holy Land — where they were to create a Utopian society, in which they would teach man — primarily through example — how the world may once again be brought to perfection.

Based on this, our basic question falls away immediately. The Written Torah is not a work of theology. Its purpose is not to discuss G-d or matters metaphysical. It does not even mention topics so basic as the World to Come, the Resurrection, or man’s fate after he dies. It left all of that in the Oral Law’s capable hands. Rather, the Written Torah is the story of the physical world.

Further, when we think about it, the Torah’s presentation of the mitzvos (commandments) is also entirely different based on this.

Now if I were writing a book trying to convince people to obey my commandments (I like imagining I’m G-d every once in a while — sometimes I even act like it), I would probably write along these lines: “Observe mitzvah X and you will receive the eternal bliss of the World to Come.” “Refrain from doing Y but it’s worth it, because you will be abstaining from a few moments of pleasure in return for infinite eternal reward.”

The Written Torah, however, does nothing of the sort. It much more prosaically promises rains and good harvests. Why not something loftier? The reason is again because the Torah is the story of this world — and so, it presents the mitzvos as the means through which this world may be improved. It instructs us in mitzvah observance not in order to earn reward in a world after this one, but as a means of bringing this world back to its perfected state. If we obey G-d’s will, the physical world will be “fixed”; it will operate in harmony with the spiritual. The rains will come, peace will prevail, disease will not strike. Every aspect of creation will work together. The world fell because of sin; through the mitzvos of the Torah we can fix it anew.

Based on this, we can understand another basic distinction between the Written and Oral Law. The Written Torah discusses the mitzvos only very broadly, leaving the vast majority of the details for the Oral Law. Why is that? Why leave so much out?

The answer is that the Written Torah discusses only general values — the basic types of behavior required to perfect the world. They outline the basic direction the world must take in order to fix its problems. And when we think about it, including too many details would obscure that overall message.

This is a perfect illustration of the devil being in the details. Once we get into the many details of observance, the Torah’s overall value system might easily be missed. As a simple example, the Torah teaches us to rest on the Sabbath. Once we get into the nitty-gritty, how one specific act of separating a food from its inedible portions is more “restful” than another similar act this will hardly be evident. It is not, of course, that the details of the Oral Law are less binding or significant, but that they will quickly and of necessity obscure the overall goal and message of the mitzvos — as in the case with any complex legal system. As just and meaningful as the Torah’s laws are, on the atomic level the overall message will be difficult to discern. The Written Torah therefore had to de-emphasize the details to accurately convey the big picture.

This topic is very broad and could easily go well beyond the scope of this article. What I’ll therefore do is provide one brief but telling example and wrap up.

The Torah provides us with one excellent illustration of this principle — a case in which the overall value system as expressed by the Written Torah is actually at odds with the practical law of the Oral. We are all familiar with the verse “an eye for an eye” (Exodus 21:24 & Levit. 24:20). The Written Torah writes explicitly that if you knock out your fellow’s eye, your eye will be taken as expiation. The Oral Law (Talmud Bava Kama 84a), however, makes it quite clear that this is not the intended punishment. Rather, the assaulter pays financial restitution. If so, why does the Written Torah state “an eye for an eye?”

The answer is that the Written Torah is conveying a message — what G-d’s values truly are in such a situation. When you damage your fellow, it is not just the financial loss. Paying him money will never truly make up his loss. The only true compensation is for you to suffer the same loss you inflicted on your fellow. That is the only justice which would “fix up” this world again, returning the world to its pristine state prior to your sin.

Practically, we cannot do that — as the Oral Law quickly steps in to explain. Perhaps knocking out your eye will kill you too, or perhaps your eye is worth more or less than that of your fellow. As always, the details cannot always reflect the Torah’s true values. But if you want to know the Torah’s true opinion of a person who physically assaults another human being, the Written Torah tells us. To perfect the physical world — as the Written Law intends to convey — wrongs ought to be fully redressed, not paid off with money. (Based in part on an approach heard from my teacher R. Yochanan Zweig.)

Next time, G-d willing, we will finally get to the Rambam’s answer to his question.