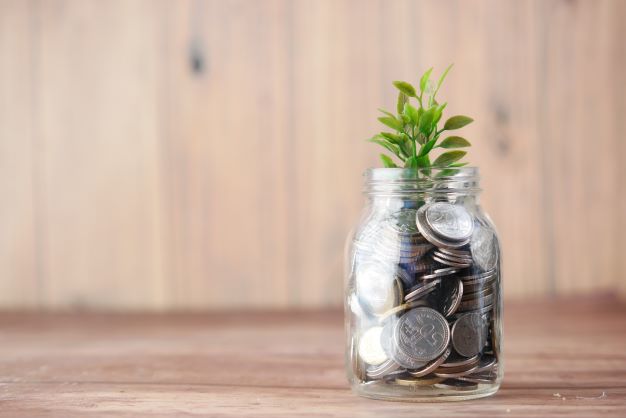 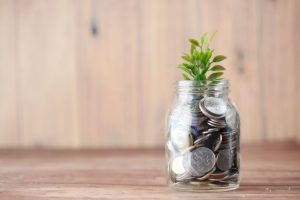 In this week’s Parashah, we read of the Mussaf sacrifices that were to be brought on Shabbat and each festival. The Torah says (28:10): “Olat Shabbat be’Shabbato” / “The elevation-offering of each Sabbath on its own Sabbath.” Literally, this teaches that, if, for any reason, the Korban Mussaf was not brought on one Shabbat, it may not be made up the following week.

R’ Moshe Yehoshua Hager z”l (1916-2012; Vizhnitzer Rebbe) writes that this verse alludes, as well, to a lesson about Shabbat observance: “Olat Shabbat be’Shabbato” / “The elevation a person experiences as a result of observing Shabbat is in his Shabbat.” What a person gets out of Shabbat depends on what he puts into Shabbat.

The Vizhnitzer Rebbe continues: We say in the Friday night Zemirot, “Whoever sanctifies the seventh day as befits it, his reward is very great, according to his deeds.” At first glance, the song appears to contradict itself. Is the reward for Shabbat observance “very great,” or is it “according to his deeds”? In reality, there is no contradiction, the Rebbe explains. Imagine an investment with a return of 100% — a “very great” return. Nevertheless, a person’s profits will be “according to his deeds.” If he invests $1,000, he will get back $2,000. But, if he invests only $100, he will get back only $200. The same is true of Shabbat. What a person gets out of it depends on what he invests in it–referring, of course, to preparing oneself spiritually and getting a spiritual return. (Yeshuot Moshe: Ma’adenei Ha’shulchan)

There is an opinion that Pinchas is one and the same as Eliyahu Hanavi. (See Bava Metzia 114b and Rashi z”l there). R’ Mordechai Menashe Zilber shlita (Toldos Yehuda-Stutchiner Rebbe in Brooklyn, N.Y.) explains:

Eliyahu Hanavi lives forever, as Adam Ha’rishon was meant to do. In the generations after Adam’s sin, all of mankind made peace with the new reality in which man sins and dies; they resigned themselves to it. Not so Eliyahu. He was a true zealot who never made peace with sin, and, therefore, he merited Hashem’s “covenant of peace”–the peace that Adam was meant to enjoy.

The Midrash known as Tanna D’vei Eliyahu, attributed by many to Eliyahu Ha’navi, begins by quoting the verse (Bereishit 3:24), “He drove man out [of Gan Eden].” In light of the above, it is understandable why Eliyahu would begin by highlighting Adam’s downfall. And, as the one who never made peace with our current situation, Eliyahu will herald the day when the world will achieve its ultimate perfection. This is why we prepare a fifth cup of wine at the Pesach Seder and call it “Eliyahu’s cup.” This cup parallels the fifth expression of redemption (Shmot 6:8), “I shall bring you to the land”–in contrast to Adam’s expulsion from his utopia.

Zimri ben Salu, whom Pinchas killed, is also known in the Torah as “Shlumiel ben Tzurishaddai,” a name that contains the letters of “Shalom” within it. Zimri/ Shlumiel was meant to reinstate the peace that existed before Adam’s sin. Instead, he made peace with evil. (Mishbetzot Zahav p.134)

R’ Gamliel Hakohen Rabinovitch shlita (rosh yeshiva of Yeshiva Sha’ar Ha’shamayim in Yerushalayim) writes: It is the way of the world that some people hate zealots. That is why the zealot Pinchas needed to be given a special gift: Hashem’s covenant of peace.

He continues: This may explain the custom of some scribes to write the word “shalom” in this verse with a shorter than usual or broken letter “vav,” hinting that a zealot will never have peace with everyone. Of course, such a person must make every effort to be at peace with as many people as possible, but with everyone–he should know that that is impossible. Even Pinchas was given an incomplete “Shalom”–i.e., with a broken “vav.”

A would-be zealot also must know, writes R’ Rabinovitch, that not everyone can be a zealot. Our parashah opens by tracing Pinchas’ lineage back to Aharon Hakohen, who loved peace and pursued peace (Avot ch.1). Only a person who comes from a home imbued with a burning love for the Jewish People may be a zealot. (Tiv Ha’Torah)

Rashi writes: “This is the family of Etzbon (see Bereishit 46:16), and I do not know why his family was not called by his name.” [Until here from Rashi]

R’ Yeshayah Halevi Horowitz z”l (the Shelah Hakadosh; rabbi of Prague and Yerushalayim; died 1630) writes: The Gemara (Ketubot 5b) states that the reason human fingers were created in the shape of pegs is so that a person can use them to plug his ears and not hear Lashon Ha’ra. The Hebrew word for “ear” is “Ozen,” and the Hebrew word for “finger” is “Etzba.” Thus, the pairing of these two names alludes to the Gemara’s teaching. (Shnei Luchot Ha’brit: Derech Chaim Tochachot Mussar)

R’ Ze’ev Wolf Olesker z”l (1700-1777; Galicia and Eretz Yisrael) suggests another connection. He writes: All good things are dependent on listening. We read, for example (Devarim 11:13), “It will be if you listen to My commandments,” then good things will happen, as described in the verses that follow. Likewise, we read (Shoftim 9:7), “Listen to me, and Elokim will listen to you.” And, the prophet Shmuel said (Shmuel I 15:22), “Does Hashem take delight in Olot / burnt offerings and Zevachim / feast offerings as much as in [your] listening to the voice of Hashem? Behold! Listening is better than a choice offering; attentiveness [is better] than the fat of rams.” If one turns his ear (“Ozen”) to listen to the words of our sages, to words of Mussar / character improvement, and to listen when the Chazzan repeats the Shemoneh Esrei (and answer “Amen”), that is a sign that his great desire for Mitzvot, R’ Olesker writes.

He continues: The Aramaic for word for “desire” is “Zvi,” and the conjugation meaning “I desire” is “Etzbo.” If I give my “Ozen” (ear) to Hashem, it is a sign of my “Etzbon” (desire) for Mitzvot. (Derashot Ha’razah)

“May Hashem, Elokim of the spirits of all flesh, appoint a man over the assembly who will go out before them and come in before them, who will lead them out and who will bring them in . . .” (27:16-17)

R’ Yerucham Levovitz z”l (Mashgiach Ruchani of the Mir Yeshiva; died 1936) observes: We learn from Rashi’s comment that the Jewish idea of leadership is very different from the world’s idea of leadership. A Jewish leader is not someone who uses his power to command others to do his will. A Jewish leader is one who carries the entire congregation on his shoulders, who is ready to give up his own merits [i.e., the reward for his own good deeds] for the well-being of his charges. (Da’at Torah)

The Gemara (Shabbat 118b) teaches: “Yerushalayim was destroyed only because its people transgressed Shabbat.” However, the Midrash Torat Kohanim, citing the verse (Vayikra 26:43), “The Land will be bereft of them, and it will be appeased for its sabbaticals having become desolate of them,” states that the exile took place because the Jewish People did not observe the Shemittah. Specifically, the Midrash states that the Babylonian exile lasted 70 years because 62 Shemittot / sabbatical years and eight Yovlot / jubilee years had been neglected over the preceding centuries.

Are the Gemara and the Midrash arguing? R’ Aryeh Leib Hakohen Shapira shlita (Menahel Ruchani of the Ponovezh Yeshiva in Bnei Brak, Israel) explains that they are not. As discussed here in prior issues, R’ Meir Leibush Weiser z”l (1809-1879; Poland, Romania, and Ukraine; known as “Malbim”) writes that it would be fitting if our land would rest every Shabbat, but it does not; plants continue to grow on the Day of Rest. Therefore, we have a Shemittah year, when the land rests for an entire year, once every seven years. This makes up the missing days of rest that accumulated during the prior six years.

It follows, writes R’ Shapira, that failing to observe the Shemittah is exactly the same as transgressing Shabbat. Thus, there is no contradiction between the quoted sources. (Chazon L’mo’ed: Ha’Shabbat Ve’shabbat Ha’aretz p.28)

The Gemara (on the same page cited above) states: “If Yisrael would observe two Shabbatot in accordance with Halachah, they would be redeemed immediately.” R’ David Kimchi z”l (Radak; 1160–1235; Narbonne, France) writes in his father’s name that the Gemara means one Shabbat and one Shemittah, for neglect of both caused the exile. (Commentary to Yeshayah 56:4)