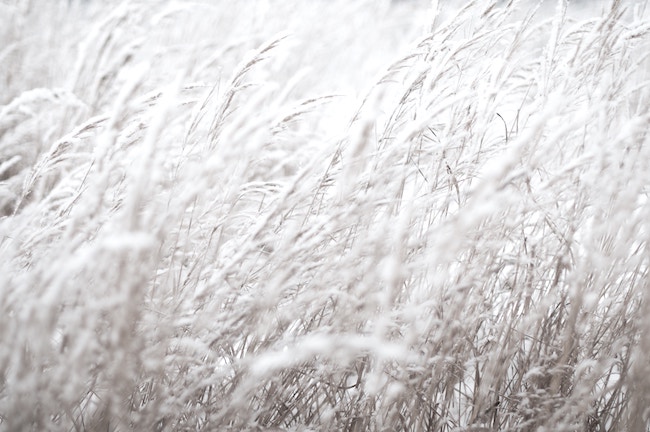 In times when there is no Temple and we have no altar of atonement, there is only repentance. Repentance atones for all sins. Even one [who is] wicked his entire life and repents at the end, they (i.e., the angels of the Heavenly tribunal) do not recall his wickedness, as it is stated, ‘And the wicked man will not stumble in his wickedness on the day of his repenting from his evil’ (Ezekiel 33:12). The day of Yom Kippur (lit., ‘the essence of Yom Kippur’) atones for those who repent, as it is stated, ‘For on this day he [the High Priest] will effect atonement for you…’ (Leviticus 16:30).

Last week the Rambam discussed the effectiveness of the Yom Kippur Temple service — and in particular the scapegoat — in attaining forgiveness for our sins. We discovered surprisingly that at times the High Priest’s service grants atonement (at least to some extent) even to the unrepentant, and we discussed the idea behind this.

This week the Rambam turns to a topic sadly more relevant to us today — the means of achieving atonement in times when the Temple does not stand. The Rambam begins by stating that teshuva (repentance) atones all — even the sins of one who repents in his final moments. He then states that the day of Yom Kippur also effects atonement for us (even when no Temple service is performed), provided we repent.

One important point of clarification before we look more closely at this law. At the end of the law, the Rambam quotes Leviticus 16:30 as support for his statement that Yom Kippur itself effects atonement, even without the Temple service. That verse reads: “For on this day he will effect atonement for you.” In truth, in simple reading the “he” of the verse refers to the High Priest, and if so, the meaning is that Yom Kippur together with the High Priest’s service brings atonement. The Rambam, however, appears to understand the verse as the Midrash (Sifra there), which understands the “he” as referring to G-d. And so, the meaning is that even lacking the Temple and its service, on that day G-d will forgive us for all our sins.

(I realize of course that practically Yom Kippur is an enormously inspiring day which no doubt leads us to heights of repentance we would never otherwise reach. Yet I don’t believe that the Rambam just means that practically we’re bound to do a better job of things on Yom Kippur. He appears to say that the day itself brings forgiveness. In fact, his precise language (as I showed in parentheses in the translation) is: “The essence of Yom Kippur atones…” He clearly means to say that the day itself has curative powers to it.)

The answer to this is an important theme we will return to many times throughout our studies. During the rest of the year, we must proactively return to G-d. We must pick ourselves up and wrest ourselves from our faults and bad behavior patterns. This requires immense amounts of energy and willpower. If we can muster it, we can return to G-d at any time, even in our final moments.

(By the way, it’s highly unlikely that a lifelong sinner will actually transform himself into a new person in his final moments and attain true salvation. Although theoretically it is possible I wouldn’t recommend counting on it. 😉 True repentance is an arduous, gut-wrenching process of remaking — not an easy one to pull off in a moment. It takes years to be done right. Anyone who’s been through it knows that it would have been much easier not to fall victim to temptation in the first place. Furthermore, G-d does not always grant lifelong sinners the peace of mind and composure to reflect on their lives in their final moments. They may well die suddenly and without warning — or no longer have their faculties when their time comes.)

Yom Kippur is different. On Yom Kippur the day itself brings us to G-d. We naturally become penitent and G-d-oriented. It is true that we must repent as well, but it is as if G-d is standing before us, awaiting our repentance with outstretched arms. We do not have to actively seek Him as the rest of the year. We must merely be attuned to the sanctity of the day and allow it to sweep us along. One almost has to actively resist the urge to return to not be moved on that special day.

There are several key statements of the Sages along these lines. First, the Talmud (Yevamos 49b), in explaining Isaiah 55:6 — “Seek G-d when He is found; call Him when He is near,” states: When is G-d “found”? These are the ten days from Rosh Hashanah to Yom Kippur. During that time of year, and on Yom Kippur in particular, we need not search for G-d on our own. He is already there awaiting us.

An even more fascinating Talmudic passage appears in Yoma 20a. It states that the numerical value of the word “ha’satan” (“the Satan”) equals 364. (The Hebrew letters all have numerical equivalents — alef=1, bais=2, etc. Much Biblical exegesis is based upon the numerical equivalents of Biblical words.) The implication is that Satan is only given power to accuse 364 days of the year. On one day — Yom Kippur — he cannot open his mouth. (I suppose we get another quarter day off somewhere in there, though I’ve never noticed which.) 🙂

There are two important implications to this statement. The first is straightforward: that on Yom Kippur G-d does not suffer the Satan to accuse. He is muzzled. G-d hears only heavenly voices speaking in our merit — as well as our own supplications for mercy. It is a day in which G-d is well-disposed to us as on no other.

A second, deeper meaning may also be implied (as understood by my teacher R. Yochanan Zweig). The Talmud elsewhere (Baba Basra 16a) states that the Satan, man’s evil inclination, and the Angel of Death are all the same being. In other words, the same angel, after tempting us to sin, flies straight up to heaven to accuse us on account of it, and then himself appears to us as the Reaper to collect the L-rd’s debt. Not exactly the sort you’d want your kids playing with.

If so, there are even further ramifications for Yom Kippur. If Satan is repressed on Yom Kippur, we must have no temptation to sin either. We are thus transformed into human beings who want nothing other than closeness to G-d. And this is the true meaning that the day of Yom Kippur itself returns us to G-d.

This, however, must be qualified. We’re of course still hungry on Yom Kippur. Our animal drives are still with us, alive and well. In fact the Talmud we quoted earlier that Satan cannot accuse on Yom Kippur, began by mentioning terrible sins which used to occur on Yom Kippur, then explaining that even so Satan could not take advantage of our vulnerability.

The answer to this is that there are two types of drives to sin. The first is animal — we want to gratify ourselves, we want to take it easy. And this is alive and well even on Yom Kippur — we’re hungry, we’re tired, we’re restless. But there is a deeper drive within man — one so inherent to man’s nature it drove Adam and Eve out of the Garden — to assert his independence. I don’t want to be told what to do. I want to be my own person and make my own decisions. I don’t want to be a lackey of G-d, slavishly obeying whatever I’m told. I want to be alive, living on this Earth on my own terms. I won’t dwell on this topic at length here, but this, in a word, is man’s strongest and most deep-seated drive. It can be used positively — in many ways in fact — yet it creates a very strong, underlying tension in man’s relationship with his Creator. Having anyone tell me what to do — even G-d — makes for a very uncomfortable situation.

This is the drive which does not exist on Yom Kippur. Sure we might be hungry and tired, but spiteful? No one could be. And if someone is it’s a rebellion of the stomach (or of inertia) rather than the brain. And this, to conclude, is the idea that Yom Kippur returns us to G-d. It is the one day on which we are truly in touch with our inner wants — if we are perceptive enough to be attuned to them. We discover that even beneath our deep desire for independence is an even deeper desire for communion with G-d, and of yearning for total reunification. There is no tension between us and G-d. The soul of man returns to its natural state, wanting nothing other than oneness with G-d. And G-d, in turn, is standing there waiting.