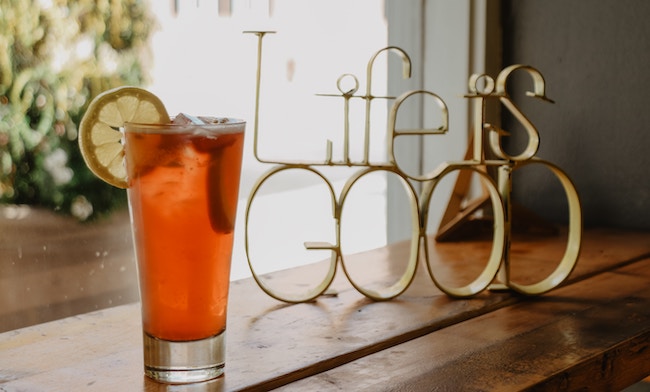 Anyone who regrets the mitzvos (good deeds) that he did and is appalled over the merits, saying in his heart: ‘What have I gained doing them? If only I hadn’t done them!’ — such a person loses them all. [The heavenly court] does not recall for him any merits whatsoever, as it is stated, ‘The righteousness of the righteous person will not save him on the day of his wickedness’ (Ezekiel 33:12). Such can only refer to one who regrets (lit., ‘expresses surprise’) over [his] earlier [merits].

Up until now this chapter has been discussing the manner in which G-d judges mankind. This law continues the same basic theme, making two unrelated points. We will discuss the Rambam’s first point below and will G-d willing save the second for next week.

The Rambam first states, based on Talmud Kiddushin 40b, that one who regrets his good deeds loses them entirely. He has waived the reward G-d had been prepared to grant him. Their merit is forgotten and disregarded on the Divine scales.

There is a very famous question on this. It was posed by R. Elchanan Wasserman (Kovetz Ma’amarim), of 19th-20th Century Lithuania. He was a close disciple of the saintly R. Yisrael Meir Kagan (the Chofetz Chaim) and grew to be considered one of the leaders of world Jewry in the period between the wars. He was killed in sanctification of G-d’s name at the hand of the Nazis (1941).

R. Elchanan asks as follows. A number of the classic Jewish philosophers state that the concept of teshuva (repentance) really does not make sense. By rights it should not be possible for a person to just regret his past sins and have them magically disappear — no longer reckoned with on G-d’s divine scales. Where did they go just because you have now had a change of heart? What of their devastating impact and the damage you’ve done to yourself and the universe? Thus, there is really no logic to teshuva. It exists only as a special kindness of G-d. It really should not be — and only is because of G-d’s benevolence.

Based on this, asks R. Elchanan, why does the Talmud state one can regret his mitzvos (good deeds) and lose them? If regretting one’s sins is only effective due to G-d’s special mercy, why would He allow the same for one who regrets his mitzvos? Is G-d extending an especial cruelty to allow it? We can appreciate that G-d is merciful and may extend an especial kindness, allowing us to regret our sins, but the Talmud appears to state G-d does the same for one who regrets his mitzvos. Why would G-d allow the regretting of one’s good deeds as well?

Several answers have been suggested to this query. I will first quote the answer R. Elchanan himself offers and then quote several offered by my teacher R. Yochanan Zweig. Since each one of these approaches is an important life lesson in its own right, I will not dwell too heavily on any of them. Instead, I’ll offer them as a smorgasbord of insights.

R. Elchanan explains that there are two aspects to a sin. One is that I have disobeyed G-d and so deserve punishment. The second is that the sin itself — being an inherently evil act — has a detrimental effect on my soul.

Now attaining forgiveness for the first aspect of a sin is basically logical. If I apologize to G-d (as well as the one I wronged), it makes sense that He may forgive me and refrain from punishing me. Punishment depends on G-d’s displeasure; it may be averted if I appease Him.

What is illogical is that the damaging effects of a sin can be removed based on regret alone. If a sin truly destroys my soul and the universe about, how can my feeling bad do anything about it? It is the equivalent of a chronic overeater “regretting” his eating habits and instantly shedding 75 pounds and halving his cholesterol level. The deleterious aftereffects of sin cannot just be willed away: they are a reality — if not for the special kindness of G-d.

Explains R. Elchanan that when the Talmud states that one can regret his mitzvos, it is referring to the first logical aspect of repentance. Just as one can apologize for his sins and if done sincerely can attain forgiveness, so too one who regrets his mitzvos just as logically loses them. He wants no part of the closeness to G-d his good deeds engendered — and as a result that closeness is no more — along with the reward G-d would have otherwise granted him. Perhaps some good effects of such a person’s mitzvos have not been lost (the equivalent of R. Elchanan’s second aspect), but the reward itself can be forfeited just as easily — probably more easily — than the punishments for his transgressions.

My teacher added several more answers to the mix, each instructive in its own way. I will deal with each briefly.

(1) We must distinguish between mitzvos (good deeds) and sins. When we sin, G-d has the right to punish us. That our teshuva averts it is a special mercy of G-d. G-d reserves the right to punish us for our sins; the fact that He accepts our repentance is an act of compassion which logically need not be. By contrast, when we do a mitzvah, we are the ones who deserve the reward. The reward is thus ours to forgo if we so desire.

(2) There are two ways of viewing the concept of repentance. G-d invented the phenomenon in the world that one can repent his past sins and have them wiped away — that a mere change of heart can literally remove the experience of sin from a person’s record and from his soul. One way of viewing this is basically magic: It really makes no sense that mere regret can change a person’s past, yet even so G-d permits it. If so, there would be no reason why G-d should permit the same for a person’s mitzvos. Why would G-d allow the same nonsensical phenomenon to enable a person to ruin his exemplary past?

The second way of viewing repentance, however, is that it is a reality. G-d created a reality in this world that a person can regret his past and by so doing disassociate himself from it. Having a change of heart really makes us different people, forgiven for our past and able to begin anew. Although the creation of this reality was a special act of kindness of G-d, once He created it, it is a reality which works both ways. Just as one can disassociate himself from his past sins, so too — now that the reality of teshuva exists — can one do the same for his mitzvos. The essential creation of teshuva was an act of kindness, but as many forces in this world, it is a two-edged sword.

(3) We need to have a proper understanding of the concept of Divine reward. If “reward” is just some sort of currency G-d grants us for behaving — as if we’ll collect x-million dollars of “reward” after 120 — then it would be difficult to understand why G-d would be so cruel as to forfeit it if we later regret our good deeds.

This, however, is not the Jewish concept of reward, not at all in fact. What reward actually is is a relationship with G-d. If in our lifetimes we have conditioned ourselves to appreciate godliness and spirituality, then we will have what “in common” with G-d, so to speak, when we pass on. Our share in the World to Come will be based on our ability to cleave to holiness — how close we will be able to venture towards G-d, so to speak — man’s ultimate pleasure.

Based on this, it is quite clear why someone who regrets his mitzvos will have no connection to G-d in the World to Come. You cannot force a relationship on someone. If he doesn’t care for the other, there is no connection! Such a person may at one time have done mitzvos which could have conditioned him for closeness to G-d, but he regretted them — in effect stating he is not interested in the relationship they might have afforded. And if you don’t want a relationship, it isn’t there. It can’t just magically happen without you. Perhaps reward as $10,000 bills you can force on an uninterested recipient. But a relationship cannot be stronger than both of the parties’ willingness to share.

This stands in contrast to sin and punishment. Just because a person regrets his sins, saying he does now want a relationship with G-d, there is no guarantee that he will be able to attain one. There is still a barrier between him and G-d, brought about by his sins. As the philosophers write, it was a special kindness of G-d that such a phenomenon in fact does exist.

Anyway, to wrap up, we discussed many fundamental ideas in this class. Each provided us with much to think about — so I won’t belabor any of them further now. This law is yet another excellent example of the amount of depth contained in the Sages’ wise words. One simple statement helped us understand so many fundamental ideas of Judaism. May we always approach the words of our Sages with the same reverence and see in them the amount of depth they truly convey.