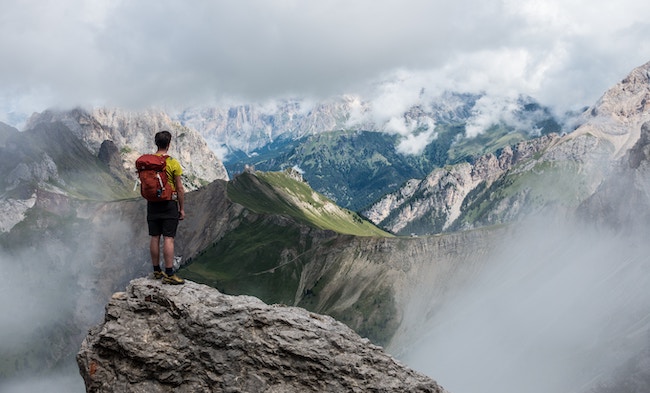 Anyone who regrets the mitzvos (good deeds) that he did and is appalled over the merits, saying in his heart: ‘What have I gained doing them? If only I hadn’t done them!’ — such a person loses them all. [The heavenly court] does not recall for him any merits whatsoever, as it is stated, ‘The righteousness of the righteous person will not save him on the day of his wickedness’ (Ezekiel 33:12). Such can only refer to one who regrets (lit., ‘expresses surprise’) over [his] earlier [merits].

Last week we discussed the first half of this law — the concept that one is able to regret his mitzvos (good deeds) and as a result lose their merit. This as we noted stands in contrast to repentance, regarding which many Jewish philosophers state that it would be impossible to cast off one’s sins if not for the special grace of G-d. We suggested several approaches as to why it is so much easier to lose one’s good deeds than his bad ones.

The Rambam now turns to what seems an unrelated topic — the judgment of the High Holidays. On Rosh Hashanah of every year all of mankind (not only Israel) is judged by G-d. The righteous are immediately granted another year of life. The wicked are sealed for death. The ones in the middle are left dangling until Yom Kippur, their final fate depending on the quality of their repentance.

This law is actually quite difficult in light of the Rambam’s previous law. In Law 2, the Rambam wrote that wicked people — meaning all those whose sins are greater than their merits — perish instantly. G-d does not suffer the wicked even a moment in this world. (Of course, the world is hardly that simple in practice — certainly in times of G-d’s concealment such as today. Far more goes into G-d’s dealings with both the good and the wicked of this world.) If so, who are the wicked people being decreed for death on Rosh Hashanah? Anyone actually wicked would have immediately self-destructed — long before the High Holidays?

I believe the answer to this is implied in the Rambam’s very words. He began, “Just as [the heavenly court] weighs a person’s sins and merits on the day of his death, so too every year…” The Rambam thus compares the judgment of Rosh Hashanah to the one which awaits man after his death. This stands in contrast to G-d’s ongoing judgment. As the Rambam described in Laws 1-2, man is judged on an ongoing basis according to a simple majority of his deeds. If a person is 50.1% good, he survives. If he slips to 49.9%, he instantly perishes.

On Rosh Hashanah our judgment is of a different sort entirely. It is a taste of the ultimate Judgment which will be visited upon each of us after 120. That is no simple majority-wins decision — for again, anyone less than 50% good wouldn’t have even made it this far. Rather, the judgment of Rosh Hashanah is infinitely more precise and exacting. Every single act of a person is carefully weighed and judged. Every good deed he performed is considered in terms of how worthy it was, how beautifully it was performed, how pure were the person’s motives, how much good it brought about in the world, and likely far more factors than we could possibly know. Likewise, every evil act must be weighed and atoned for. No stone is left unturned in this judgment. We will be brought to accounting for every little thought, word and deed, no matter how long ago (we imagined) it passed on and was forgotten.

Therefore, on Rosh Hashanah we are judged by entirely different standards. Let’s say a person was 53% good the rest of the year. Theoretically, he will survive the year, based on the Rambam’s earlier statement. But the infinitely more exacting scales of Rosh Hashanah will find him far more wanting. Only 53%? Or 64%? Is that devoting yourself to G-d and fulfilling your purpose down here? Or is that merely wallowing in your mediocrity, indulging in a whole lot of sins along the way.

Thus, even a person who was basically good the entire year may well be dubbed “wicked” when the High Holidays arrive. In the simple weighing of his actions he “passed” — he was considered “righteous”. But that same person may be “wicked” by the standards of Rosh Hashanah. Sure you did more good than harm, but are you truly righteous and deserving? On Rosh Hashanah it’s not enough to just “basically” be okay. G-d views us in terms of whom we really are.

Rosh Hashanah is the birthday of the world. It is the day on which G-d takes yearly stock of the world’s overall progress. And so, G-d views us in terms of if we are truly bringing the world to its fulfillment, rather than just moseying along half-asleep, at least not getting ourselves into too much trouble. And the mediocre one who eked by the rest of the semester may well fail the final.

The critical lesson for us is that there are two entirely different definitions of good versus evil. The day-to-day definition is simple: Are you more good or more wicked? The majority-wicked person immediately self-destructs. Those of us who are at least not causing too much trouble survive. But that doesn’t truly make us good. G-d’s real justice views man in his true light. Do we really care about G-d? Are we really prepared to live our lives for Him — or would we rather live for ourselves, just taking care to not step too far out of line? And by the way, with this in mind it may well make little difference if you’re 53% good or 97% good. On Rosh Hashanah G-d wants to know if you’re really for Him. If you are, you may have sinned a few during the course of the year but you are still G-d’s loyal servant. If not, it may matter little how many good deeds you have performed, for a bunch of empty acts are no cover for man’s inner wickedness

There is actually a fascinating similar approach to this question. It however relates more to next week’s mishna, so we’ll hold off on it for now. Till then!