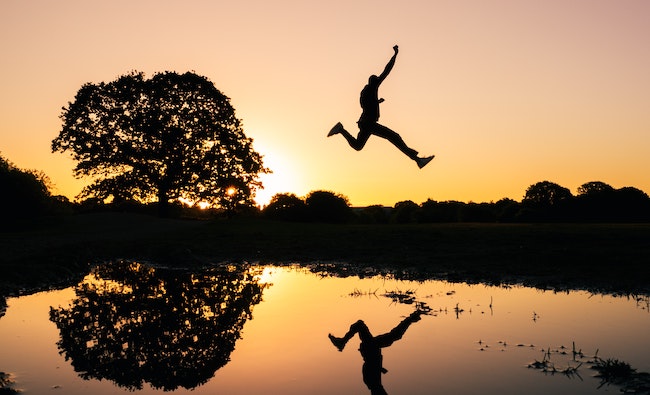 Shammai said, make your Torah study fixed, say little and do much, and receive everyone with a cheerful countenance.

Last week we discussed Shammai’s first statement — that we make our Torah study “fixed”. As we discussed, in spite of the often inspirational nature of Torah study, we must at the same time view our study as “fixed” — a steady and unchanging obligation. We cannot always wait for inspiration. It will come in its good time, but our commitment to Torah study must be fixed and unwavering regardless.

Shammai next tells us to “say little and do much.” Rather than pumping yourself up with boastful and vainglorious promises, deliver on your promises, or better: deliver without the bragging. What counts is what you accomplish, not how much you promise. If a company forecasts modest earnings for its upcoming quarter, chances are it will meet or beat its forecast, and its stock will have nowhere to go but up. The more growth it anticipates, however, the more it will have to deliver — or suffer the consequences. (Not exactly being a business mind, I’ve never quite understood why corporations don’t just follow Shammai’s simple advice.) 🙂

The Talmud (Bava Metzia 87a) sees Abraham as the prime and shining example of this quality. When angels, disguised as human beings, arrived at Abraham’s tent with the news of Sarah’s upcoming pregnancy and the birth of Isaac (see Genesis 18:1-15), Abraham begged them to accept his hospitality, offering them a little water and a loaf of bread. In actuality he brought them “a young bull, tender and choice” — which the Talmud says consisted of tongues seasoned with mustard — together with fresh butter and milk.

Abraham’s opposite number we meet in Scripture a short while after. After Sarah’s death, Abraham approaches the inhabitants of Chais in order to purchase a burial plot from Efron (Genesis 23). Efron, the big talker whom R. Yissocher Frand referred to as the father of all used-car salesmen, makes his magnanimous offer: “I have given you the field and the cave within… in the presence of the members of my nation, I have given it to you…” All Abraham’s for the taking, nothing down. In the end, however, without terribly much haggling, Efron names his true price: 400 silver pieces — which Abraham promptly and dutifully pays.

(The Talmud actually does not even call this saying much and doing little. It states quite frankly that Efron did nothing at all. After his magnanimous but hollow offer, he did not budge in the slightest from his atrocious asking price. A little independent research done by R. Aryeh Kaplan (The Living Torah) reveals that the Hammurabi Code, of approximately Abraham’s time and location, states that the average yearly wage for a working man was 6-8 silver pieces!)

As a heart-warming aside, our tradition tells us that G-d Himself possesses the quality of saying little and doing much. Rav Sa’adiah Gaon, of 10th Century Babylonia, observes the following: In Genesis 15 (13-14), G-d informs Abraham of Israel’s future exile and servitude in Egypt. The prophesy concludes: “…and also the nation that they will serve I will judge.” Thus, the entire Exodus from Egypt, with all its spectacular signs and plagues and the dramatic splitting of the sea, were all foretold with the single, short word “judge”. G-d would simply “judge” them — and the world over would never again be the same.

If we could point to a single historical event which is responsible for rendering the majority of mankind believers in G-d today, it is the Exodus. Millions of individuals, both Jew and Gentile, saw G-d’s Hand revealed in all its power and fury, and the entire civilized world was shaken to the core. Egypt, the then-superpower, was crushed, and the nations of the Land of Canaan trembled in fear. And though man has always been slow to change his ways, today, 3300 years later, most of us are believers on account of that single watershed event. And all of this was alluded to in the single word “judge”, a mere two-letter Hebrew word. If so, concludes Rav Sa’adiah, we can only begin to imagine the magnitude of the future redemption, about which scroll upon scroll of wondrous and inspirational prophesy has been recorded. Perhaps we’ve been waiting long, but it will be every bit worth the wait, may it come speedily in our days.

My teacher R. Yochanan Zweig asked a very simple question. We can understand that one should do much, but what is the value of saying little? Why not say what you intend to do? One should not overstate his intentions, but what really is wrong with simply being accurate?

He answered that this applies primarily to what we do for others. And when you offer to help your fellow, do not stress how much you are doing for him. Rather, downplay the amount of effort you are making. The more the recipient feels you are putting yourself out for him, the more awkward and uncomfortable he will feel. Kindness at its highest level is not helping others in order to feel you have performed great deeds. It is helping others so that they are most effectively “helped”. True kindness means making your guest not realize the effort you are putting in. Make him feel you have done nothing out of the ordinary. Or better: it was a pleasure having him at your table. You enjoyed his honoring you with his presence and company.

(For this reason, explained my teacher, the Talmud places such emphasis on escorting a guest upon his departure (Sotah 46b). He is not the beggar who received his handout and is now slinking away. It was such an honor having him over — he did you the favor! The least you can do is accompany him a bit along the way.)

We have thus far studied the first two statements of Shammai. On the one hand, we may not always find our Torah study inspiring. We must rather study fundamentally from a sense of obligation to G-d. Acts of kindness, on the other hand, we view not as an obligation to G-d, but as one to our fellow. We help others not to make us — or even our G-d — feel good. We do it simply because we want the other person helped. Our primary consideration is our obligation to our fellow — and only then do our deeds truly become Divine.