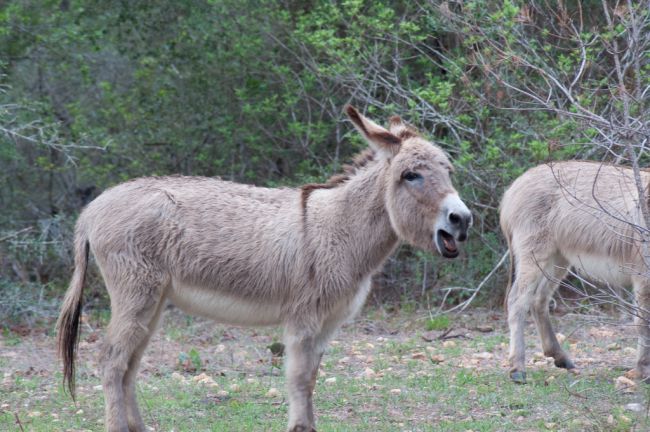 The Sound of a Shofar or a Donkey? 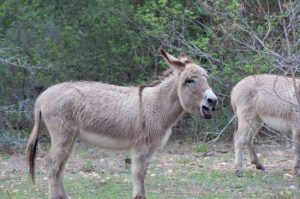 The Tolner Rebbe, shlit”a, wonders why the Mishna needs to cite two different cases – the case of the person passing by the shul and the case of the person whose house was next to the shul. Apparently the principle is exactly the same in each case and we could have clearly inferred one case from the other. In many contexts, the Gemara states, “The Tanna is not like a peddler who has to put out all of his wares.” Why, here, does the Mishna mention both cases?

The Tolner Rebbe asks a second question. The Gemara seeks to bring a proof from this Mishna that “mitzvos tzereechos kavanah” (commandments are only fulfilled when the person performing the commandment has in mind to fulfill the particular mitzvah). The Gemara refutes this proof by claiming that it is possible to argue that when the mitzvah speaks of “having intent” it does not mean having intent to fulfill the mitzvah (which would indicate that mitzvos tzereechos kavanah). It merely means that the person has intent to hear the sounds! The Gemara does not seem to understand this answer and asks “What do you mean “have intention to hear the sounds”? – he did hear the sounds! The Gemara answers that he has to know that the sound he is hearing is that of a shofar (as opposed to thinking that he is listening to the sound of a donkey braying).

This Gemara seems strange. The Tolner Rebbe asks – which Jew walks by a shul on Rosh Hashanna and hears the sounds of Tekiah Teruah Tekiah, etc. and thinks to himself “hmm – must be a donkey braying?”

[I will admit that the answer he gives requires somewhat of a Chassidishe spirit somewhere deep in the recesses of the listener’s bones to fully appreciate. But the basic point he makes is a very beautiful and fundamental idea.]

The Gemara [Rosh Hashannah 11a] tells us that Yosef left prison on Rosh Hashanah, based on the pesukim “Blow the shofar at the moon’s renewal, at the time appointed for our festive day… He appointed it as a testimony for Yosef when He went out over the land of Egypt…I removed his shoulder from the burden…” [Tehillim 81:4-7] Now, why is that fact of interest to us? Is the Gemara merely telling us a historical fact that the day when Yosef left the dungeon happened to be on the First of Tishrei?

The Tolner Rebbe says that Chazal make the point that Yosef came out of prison on Rosh Hashana to teach us something: A prison, in Biblical times, did not resemble, in any way, shape or form, today’s prisons. I am not talking about minimum security facilities set aside for white collar crimes. Even a maximum security prison today in Texas – where it is 120 degrees in the summer, and the prisoners are living in eight by ten cells without air conditioning – they are still living in the Taj Mahal compared to prisons in Biblical times. In Biblical times, they dug a hole in the ground, a dungeon, and they threw the prisoners in. There was no ventilation and there was no sanitation. It was literally living in a rat hole. For those old enough to remember this, think back to what the prisons looked like for the POWs (prisoners of war) during the Vietnam War. That was already in “civilized times.”

So consider the following: Yosef is in this pit with minimum food, minimum water, no ventilation, and no sanitation. Who is he with? He is with the dregs of society. He is abused there because he is a Jew and because he is accused of assaulting Potiphar’s wife.

Yosef came up with this brilliant plan and in a matter of days he went from being in the pit to being the second most powerful person in the world. Overnight! What does that tell us? It tells us that a person can go from being the lowest of the low and almost instantly he can reach the greatest heights. You can be in prison and then the next day you can literally rule the world.

When Chazal say that Yosef left prison on Rosh Hashanah, the message they are trying to teach us is that people can feel imprisoned – they can feel imprisoned by their lusts, by their evil inclinations, by their troubles. Nebech, people have so many problems and it weighs them down. They feel literally like they are walking around with a ball and chain. However, the lesson of Yosef is that — in a flash — you can go from the greatest depths to the highest heights. A person can rid himself of his imprisoners and his tormentors and his captors and that can all happen in one fell swoop.

This is what King Solomon alludes to in Koheles when he says “For from prison, he went out to rule…” [Koheles 4:14]. This is why it is so important for us to know that on Rosh Hashanah, Yosef left prison. It is because we too can all leave our “prisons” on this day of the New Year.

With this preface, the Tolner Rebbe says, we can now answer our two original questions:

The first case of the Mishna is someone passing by outside a shul and he hears the shofar blowing. Fine. This is the case of a regular person. But the second case – “or his house is next door to the shul.” So, the question is – if his house is right next to the synagogue, why is he not coming to shul on Rosh Hashanah? What is he doing listening to the shofar from his house? The answer is that we are speaking about someone who has no interest in going to shul. This person is so far removed from Rosh Hashanah that when he hears the shofar blast, he thinks it might be a donkey braying. What kind of a Jew can think such a thing? The answer is we are speaking of a Jew who is that far away from proper behavior and thoughts on this holy day. Nevertheless, the Mishna is teaching us that “No!” If in one minute, he says “Hey! That is a shofar” then that recognition can lift him out of the dungeon. In that one minute, he can experience “from the trash heaps, He lifts up the destitute.” [Tehllim 113:7]

We may wonder “Who hears a shofar sound on Rosh Hashanah and thinks he is hearing a donkey?” However, do you know how many millions of Jews there are in the world like that? I once saw a statistic, perhaps my numbers are wrong – but there are 6,000 seats in Reform Temples on Long Island. Do you know how many tens of thousands of Jews live on Long Island? So where do all these Jews go to shul? There is nowhere near enough space in all the Reform Temples on Long Island to fit all the Jews who live there!

Where do they go? They don’t go anywhere. They don’t even know it is Rosh Hashanah. There are many “traditional Jews” there who do “at least” go to Eddie’s of Roland Park (a non-kosher Baltimore deli) and buy their “traditional New Year’s dinner” – tsimmes with honey and raisin challah – and still not go to shul. However, beyond that, there are tens of thousands more Jews there who do not have any connection with their religion – not even to Challah and honey! They walk right past the Beis HaKnesses and do not walk in. They hear a shofar blowing from the Shul next door to them and they can only wonder – is there such a thing, is there not such a thing?

The Mishna is teaching us that they can come out of their desperate situation. They can hear it and say “Hey! That is a Shofar.” It can make an impression on their hearts.

Even we, fine upstanding Jews — observers of Torah and Mitzvos, Bnei Torah, students who learn Daf Yomi, and who daven 3 times a day with a minyan — we too all have our “tormentors” and we all feel imprisoned to some extent by our evil inclinations and desires.

Rosh Hashanah is the day that Yosef left prison and in a moment he went from being a prisoner to being a ruler. I wish everyone a healthy New Year. We should all have health, nachas from our children, we should have prosperity, and we should see the complete redemption, speedily in our days.