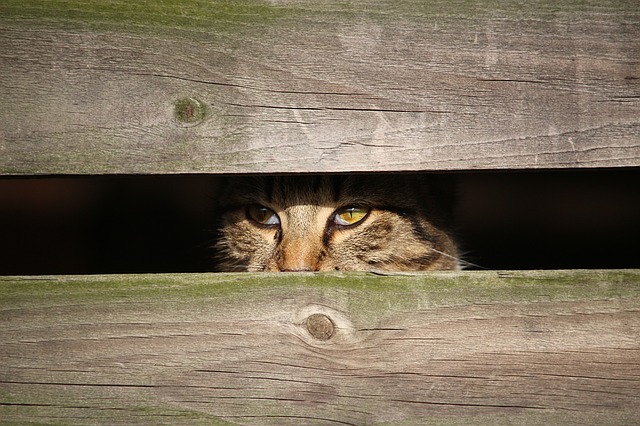 They (each of the five students of R. Yochanan listed earlier) said three things. R. Eliezer said: May the honor of your fellow be as dear to you as your own. Do not anger easily. Repent one day before you die. Warm yourself before the fire of the Sages. But be wary with their coals that you not get burnt, for their bite is the bite of a fox, their sting is the sting of a scorpion, their hiss is the hiss of a serpent, and all their words are like fiery coals.

For the past two weeks, we have been discussing R. Eliezer’s third statement — that we repent one day before we die. As we saw, not only should we live our lives prepared at any moment to stand before our Creator, but we must consider that today’s words and actions may very well be our last — and the manner in which we will best be remembered by friends and family.

We now turn to R. Eliezer’s final statement — that we be wary of the fiery words of the Sages. The image our mishna conjures up of the Sages is surely a surprising one. We are told of their bite, their sting, their hiss. They are depicted as having animal fierceness. We must somehow learn from them — but we had better not get too close.

Don’t we ordinarily think of rabbis as warm, kindly, and compassionate — like lovable old zaidies? Aren’t they taught to be patient with their students (Mishna 2:6)? Wasn’t it said about R. Yochanan ben Zakkai that he was always the first to greet whomever he passed — even a Gentile in the marketplace (Talmud Brachos 17a)?

Even more bothersome: Shouldn’t Torah study *improve* the Torah scholar’s character — at least as much as (if not more than) his acumen? Doesn’t the Talmud tell us that the Torah scholar must deal kindly with others, so that they will say: “This one who has studied Torah, see how beautiful are his ways!” (Yoma 86a)?

The commentators explain our mishna in various ways. Rashi writes that the image depicted is not intended as a description of the Torah scholar’s personality. The intention rather is to describe the dire consequences of ignoring the Sages’ decisions. Their words are fiery coals. The more we know, the more we become obligated to do — and the more we will be held accountable if we do not.

Maimonides and others understand this mishna to mean that one not become too familiar and chummy with Torah scholars. He should always maintain a respectful distance — not a coldness, but a sense that one’s rabbi is not his equal or just one of the guys — no matter how affable he is personally. The Torah as well as its upholders must be raised aloft and respected. Familiarity breeds contempt. One who treats his rabbi as his friend will fail to properly revere him and his words. As with a fire, one should warm himself from a slight distance. Come too close, and you will get burnt.

I would like to present my own understanding of R. Eliezer’s words, which although I did not see any of the commentators taking a similar approach, I feel is a valid understanding and a worthy insight.

Great people are sometimes found to be, for lack of a better term, angry individuals. They have an intensity, a sense of urgency about them. Life is fleeting and precious; there is so much we must get done and so little time. And such scholars have little patience for people who go through life in a daze, who never really think about why G-d placed them here and what He wants of them. The greater one is, the more clearly he sees just how critical life is and our every action and decision are — and the less tolerance he will have for those who just sleep through it all.

There is an important distinction here. We don’t necessarily find great individuals directing their invective at sinners. We all have our faults; great people are no exception. If the scholar sees people not living up to the Torah’s ideals for proper behavior and he is capable of influencing them for the better, he will reach out with patience and understanding. He will use his greater knowledge to benefit mankind and lead others along the path towards spirituality.

But there is one thing which flies in the face of everything sacred, and which the scholar, with his uncompromising intellectual honesty, will not countenance, and that is going through life in a daze. Sinning is one thing. If you sin we can talk. I can reason with you and perhaps influence you for the better. But if you are not going to face life to begin with, I have nothing to say to you. If you realize that life involves important decisions — Is there a purpose to life? What path should I take? What should my values and goals be? — then at least you are prepared to face life. You might make a few mistakes, but you’re alive in an absolute sense. But if you’re here to entertain yourself, to distract yourself, or to somehow let the years slip you by while you’re pursuing your career, following your ball team, or reading the paper, then you are not facing life. And it is one thing to fail in life. But ignoring it is inexcusable.

When Elijah the Prophet challenged the false prophets of Ba’al at Mount Carmel (see I Kings, Chapter 18), he screamed at the populace: “How long will you jump between two branches? If the Lord is G-d, follow Him, and if Ba’al, follow him!” (v. 21). The people of that time presumably were basically wishy-washy about their religious beliefs. Officially, they paid tribute to G-d — on paper that is. They never formally rejected Him. Yet in practice they had strong idolatrous tendencies — which they kind of just lived with and never really owned up to. And that Elijah just could not take. It’s one thing to sin. We all slip and sin now and then. Someone who knows he has sinned may one day reconsider and repent. But the people of Elijah’s time were not even considering the issues. They were just going about their lives – “kind of” worshiping Ba’al, not even allowing themselves to think about where they truly stood and the ramifications of it all.

And that is not living.

And so, Elijah screamed: “Wake up! At least admit there is a decision! If you truly believe in G-d, then live up to it! And if you don’t, at least realize what you are doing! Take a stand! Better to sin but at least know it than to pretend there is no decision to be made! If you want Ba’al then choose *him* — so long as you’re prepared to admit it and live with the consequences! Then we can argue, debate, and perhaps even come to terms. But someone who just goes about as if such questions need not be raised, who refuses to see what life is all about, well then there’s no one to talk to and nothing to talk about.”

And to such people Elijah screamed. They would bear the brunt of his scorpion sting and serpentine hiss. You either admit it or you are not alive.

Elijah was an angry person, but it was with G-d’s anger he was consumed. And with that he was able to take 450 false prophets head on and demand the respect and allegiance of the masses.

And for better or worse, this is the type of “anger” all of us require to stay in line. We must constantly be reminded just what life is all about, and just how significant our every decision is. The same dilemma of the Israelites of Elijah’s time is alive and well today. How many of our Jewish practices stem from nostalgia, or serve little more than soothing our consciences? Can we act as we want the rest of the year — and then basically “patch things up” because we will attend High Holiday services, or come in to say the Kaddish for a departed parent? Is that true service of G-d or is that allaying our guilt? Are we attempting to appease our consciences by giving an occasional “offering” to G-d — so that we can feel we’ve done our part and then return to our daily stupor?

This unfortunately is not Judaism. Perhaps the first rule of life is that we face ourselves — and face our G-d. Whether or not we’ll make the right decision every step of the way is another matter — and one which again, all human beings fail in now and then. But we must bear the “anger” of the Torah scholar — the scrutiny of rigorous and uncompromising intellectual honesty. The Torah scholar may very well be kind and compassionate on a personal level, but in matters of principle and just plain taking life seriously he is a scorpion, fox and serpent all rolled into one. And we should only be so fortunate as to face his wrath now and then. For when there was an Elijah, the people were saved.

(The example of Elijah’s “anger” was brought to my attention in a lecture heard from R. Mattis Weinberg.)